Costume Quest is an RPG released in 2010 centred around the spookiest time of year – Halloween.

As an adult, this game allows you to relive the fun-filled childhood experiences of Halloween as you explore a spook-tastic environment surrounded by pumpkins, costumed kids, monsters, and that cheesy Halloween music we all know and love. You will collect treats, make costumes, fight monsters, and explore whilst also meeting a bunch of new and often mysterious characters. It has a very Over the Garden Wall vibe, for anyone who has seen that show. 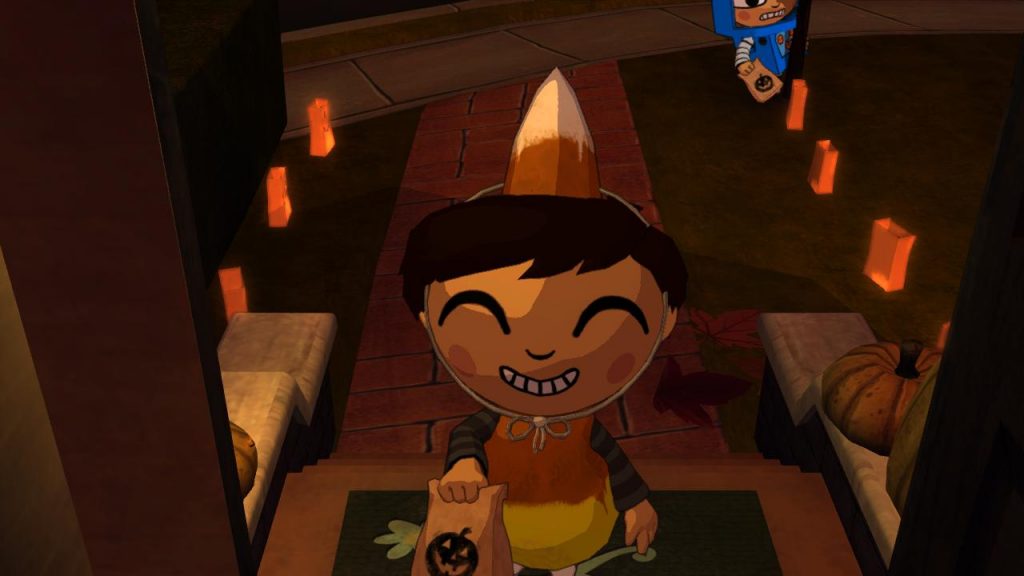 Sound plays a large part in this game, creating a light-hearted but slightly creepy atmosphere, with owls hooting, wolves howling, and that generic Halloween party music involving a lot of organs (not the internal kind hopefully, this is a kid’s game afterall). The game also has satisfying sounds for when you collect items and complete quests, a somewhat minor feature however it makes collecting treats that little bit more fun when it is accompanied by a rewarding twinkling sound – and who doesn’t love satisfying noises in video games? 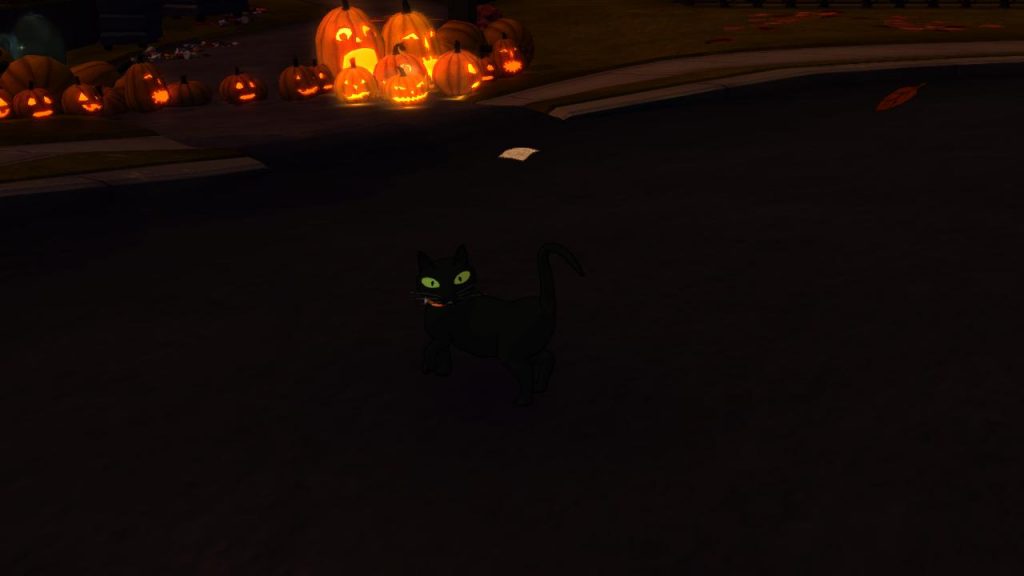 This is a great game for children (rated 8+) and a good introduction to RPGs. The game is super simple to learn and play, which is perfect for kids. It has a helpful how-to-play section in the menu if needed. The visuals are cartoon in style and the story is of course very child-oriented, with quests featuring things like hide-and-seek and scary teachers. I believe this game would help children learn as there are some puzzles to solve and basic strategy required.

Costume Quest may be a little more difficult for younger children, or those inexperienced with games, however I think this game is still a good way to introduce kids to the world of gaming. Costume Quest is also a great game for adults, especially those like myself who enjoy ‘childish’ things or for those of us who just love Halloween. In my opinion it is challenging enough and certainly engaging enough for an older audience if you play without the expectations you’d place on a more ‘adult’ RPG. 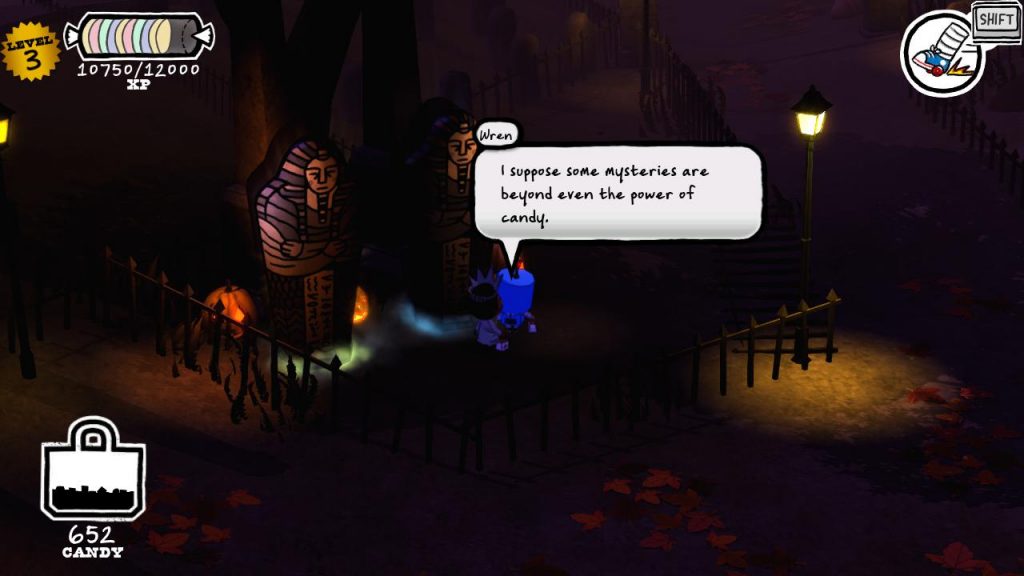 The visuals of the title are quirky and cutesy, with the characters themselves looking very basic and cartoon in style. The detailed environments make the game very eye-catching and enjoyable to explore, particularly due to the use of light and the overall Halloween themes, such as glowing orange lights, spooky trees, cute candy etc.

The interface is adorable, with a candy bar that fills up as you gain experience and the quest interface looks like a paper checklist, making it feel as if you really are a kid trick or treating. The ‘creepy treats’ that you collect are fun and have creative and wacky designs, such as the ‘Fee-Fi-Fo-Fudge’ and ‘Swedish Nose’ which are personal favourites of mine. 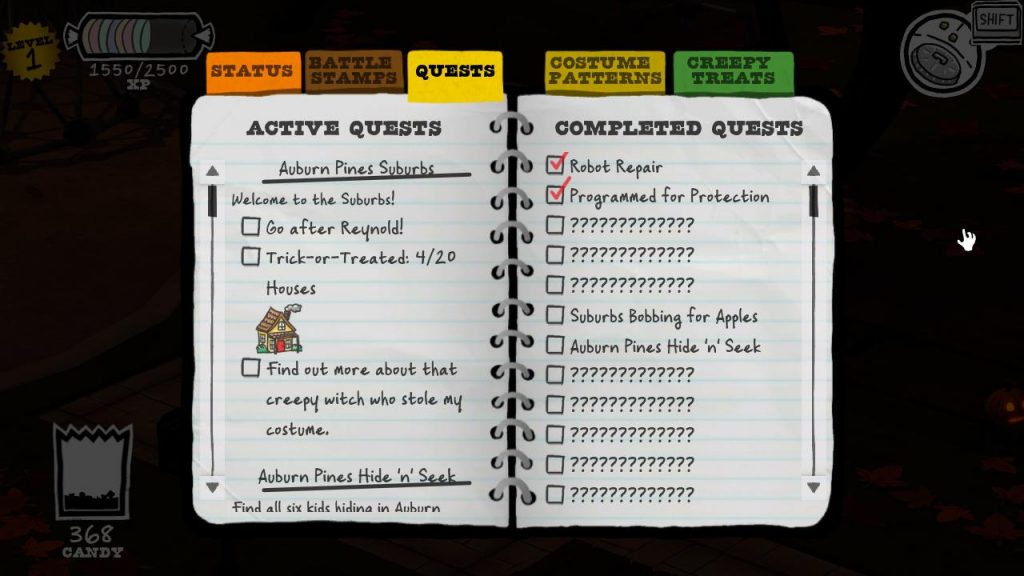 It has many elements of a traditional RPG, such as a turn based battle system, item collection, exploration and a party. In terms of battle game-play, I’m shocked at how epic the battles are. Different costumes provide you and your companions with different abilities, both defensive and offensive, and it has an exciting element to find new costumes and see what they can do. Transforming into a giant knight in shining armour and defending your companions with a shield, or firing missiles at your scared opponents are just some of the crazy things you can do in Costume Quest.

This game will definitely keep both kids and adults entertained as it caters to both age gaps, and the title allows you to buy special stamps to upgrade yourself for battle, a feature that adds another layer of depth to the battle system. Though made for kids, it is not a walk in the park and you do have to level up and upgrade to to ensure that you don’t die. Strategy is also necessary, though very basic, such as using defensive moves rather than attacks depending on the situation or attacking specific enemies first.

Admittedly, I have died several times playing this game, although maybe I’m just a terrible gamer. 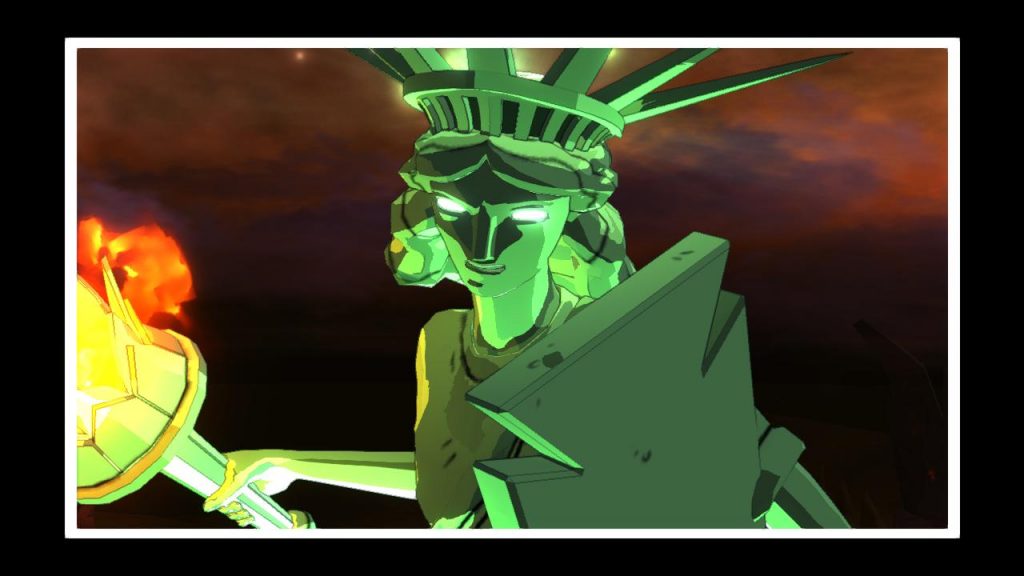 Another important aspect of an RPG is, of course, the story. The story of Costume Quest, without giving too much away, is about twins that get separated on Halloween, and it is up to you (one of the twins whom you pick based on gender) to rescue your sibling. ThroughtoutA mysterious figure pops up from time to time as you work towards saving your twin.

You encounter many other quests along the way, such as finding an ingredient for a grumpy old teacher or saving a kid from being bullied, sometimes humour comes into play, and as a result Costume Quest can be incredibly funny. The main character is sarcastic and cheeky, and the other children are even more hilarious, particularly when the group start holding a ‘patriotic party’ in which there are at least 4 kids dressed as Abraham Lincoln. The humour really adds to the appeal of the game. 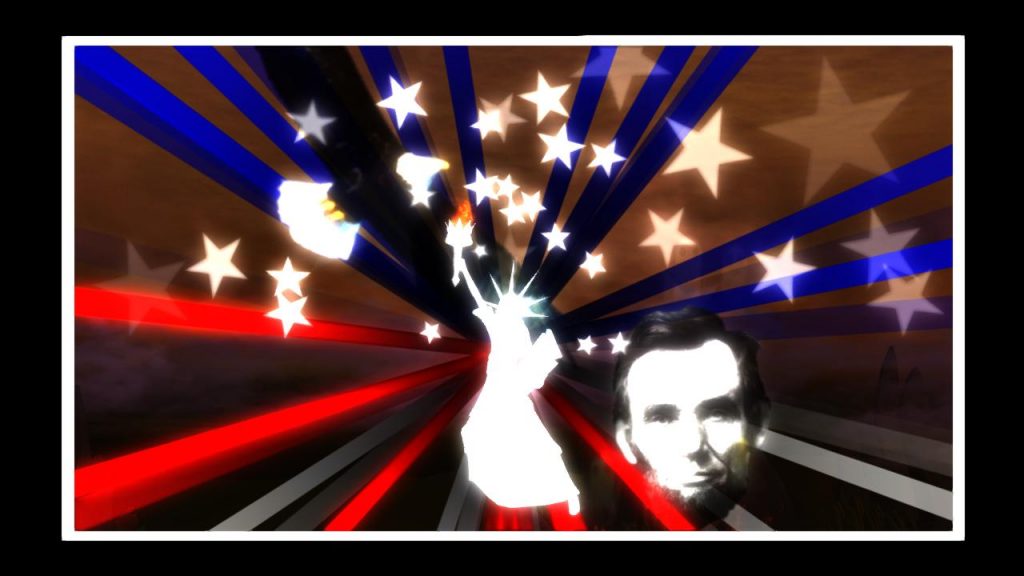 It’s hard to find any negatives for this game, especially since it seems to be a game aimed at kids. It is easy to play, it’s fun, and it has an interesting and enjoyable visual style. The music is good and the gameplay features kept me entertained. While Costume Quest is not a new game (released in 2010) it still looks good by today’s standards due to the cartoonish style. The gameplay doesn’t feel dated due to the RPG style being timeless.

It’s not a game for anyone looking for an in-depth story, or hundreds of hours of game-play, it’s rather simply just a fun, easy-going and endearingly childish game for those of us who want to have some spooky-themed adventures.

Overall, Costume Quest is a charming RPG and an absolute treat for Halloween enthusiasts like myself, and for both kids and kids-at-heart. If you end up liking this game, there is a sequel and DLC so you can have even more Halloween adventures!