Being scared is one of those things we all love to dread, and indie games are an excellent source of terror among those brave enough to tread their waters. The following 5 PC horror games free to play are some of the best I’ve experienced in some time, with each offer their own take on what it means to be a horror game.

They aren’t in any particular order, so don’t go taking their number on the list as a sign of their quality! 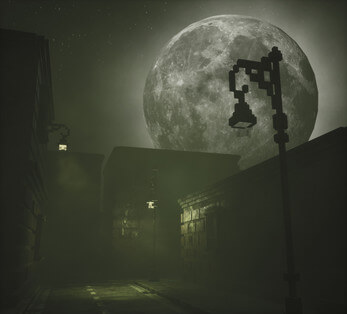 This game was the winner of PC Gamer’s 2017 Best Free Game award, and it’s easy to see why.

Embuscade sets you out into a dark world with only ambient noise and flickering lights to guide you through its dark streets and winding alleyways. The voxel-based art style adds to the games aesthetic, keeping the image grainy and accenting the tone of the game well.

At first, you may be confused as to what you should do, but you’ll quickly notice the screen growing dark and that the bright yellow object in the lower left corner of the screen is draining. Once this begins to happen, you can follow floating prompts to find trash bins and bags, replenish the light by digging into them. Sustaining it as you follow the street deeper into the eerie shadows. Doing so will reward you with a twist ending that, on my first time journeying through, caught me off guard.

Embuscade is a short, first person, horror game but it is one with a refined, slow pace, one which adds to the overall feel of the game, leaving you with a satisfied feeling at the end. 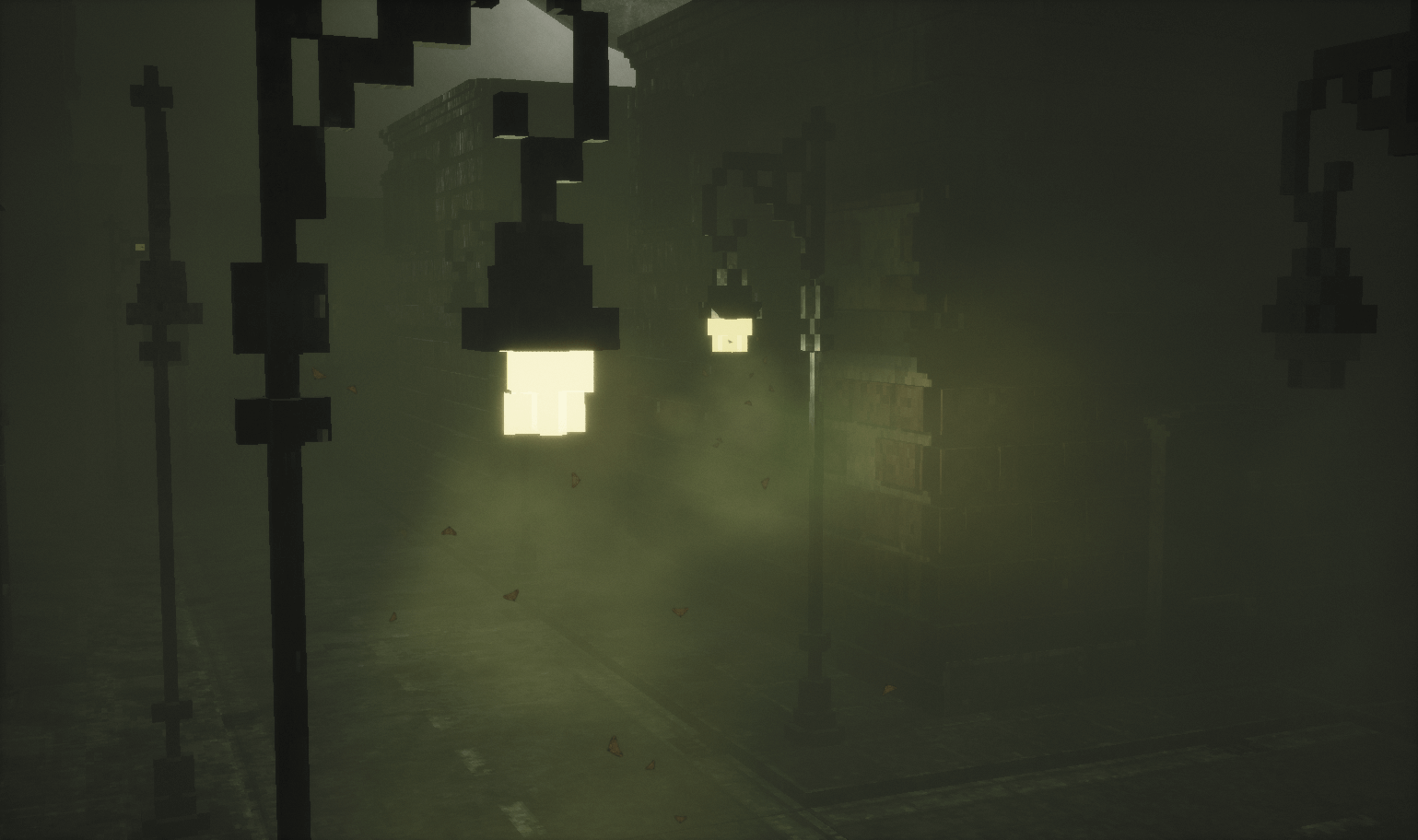 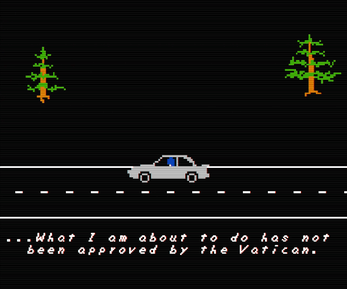 I have to be completely honest here, and say that FAITH surprised me.

At first, I wasn’t sure what exactly to expect. It looks and feels like a game you would have found on the Atari 2600, but rest assured, FAITH is actually just like Transformers; more than meets the eye. From the minute your avatar exits the car, at the start, you embark on a dark and eerie trek through an abandoned forest.

My first encounter with another creature was a grazing deer, which promptly decided to hightail it away from me. However, I very quickly learned that it wasn’t just me they were running from. A nightmarish creature chases you throughout the game as you explore. Swooping in from almost any angle, at anytime, catching me off guard with its sudden appearance and jarring, high-pitched squealing cries. For a game that looks and feels so primitive, it definitely gave me a few jump scares, and has well earned its place in this list of free PC Horror Games.

Overall, FAITH keeps its retro aesthetic well enough to make you use your imagination, and then uses that imagination to deepen the terror you feel when suddenly your screeching, monster pursuer bursts onto screen.

The Night That Speaks takes a quirky viewpoint of what it means to be survival-horror. In this low-resolution, monochrome game, you descend into the depths of a catacomb beneath a graveyard with only your sheer force of will to protect yourself. And by force of will, I mean your unwavering ability to flip the bird at every horror you come across!

This game is a fun way to play survival horror, and the tight, moody corridors manage to get a few worthy jump scares in as well.

The Night That Speaks is a great way to entertain yourself, or some friends, and have a blast flipping off any monsters that creep from the shadows to hunt you through the dark corridors.

Umfend is an excellent way to start a horror game marathon. It is slow paced, with plenty of creepy down-time where you hunt for items — as well as lots of decent jump scares and frightening scenes that’ll send a few shivers down your spine.

Underneath the terrifying exploration gameplay, beats the heart of a story that will keep tugging you along as you learn just what the entity in the house is, and what it wants. With the ambient sounds and soundtrack coupled with the pleasing graphical quality, this game will keep you playing, even when your heart, or fear, is telling you to quit and turn back.

Umfend is an awesome game, short enough to be played through in a single sitting, and long enough to keep you enthralled with its story and horror setting. 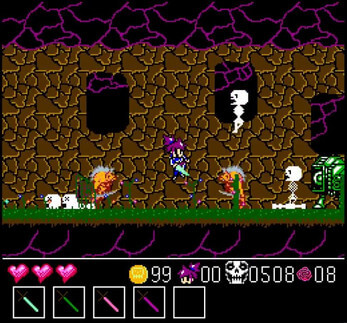 While not entirely horror, Wretched Blade definitely has a horror aesthetic and keeps you consumed with the dread of dying almost constantly.

It boasts an art style that lends itself to the games of the mid to late ’80s, which is handy considering it was entered into (and the winner of) the NESMaker Jam held back in February of this year.

Set on the planet Epsilon R-34 in the year 2023, this game has the player diving into an epic story involving the heroine (Ceres Grove) being consumed with desire for battle when she discovers a symbiotic sword. With excellent platforming that feels smooth and authentic, as well as combat and puzzle-solving that flow together nearly as well as Ceres and her sword, this game makes for an excellent addition to any retro/indie game fan’s collection.

To summarize, Wretched Blade is an excellent platform game that takes from the best of our classics, and adds its own flavor and elements to them. 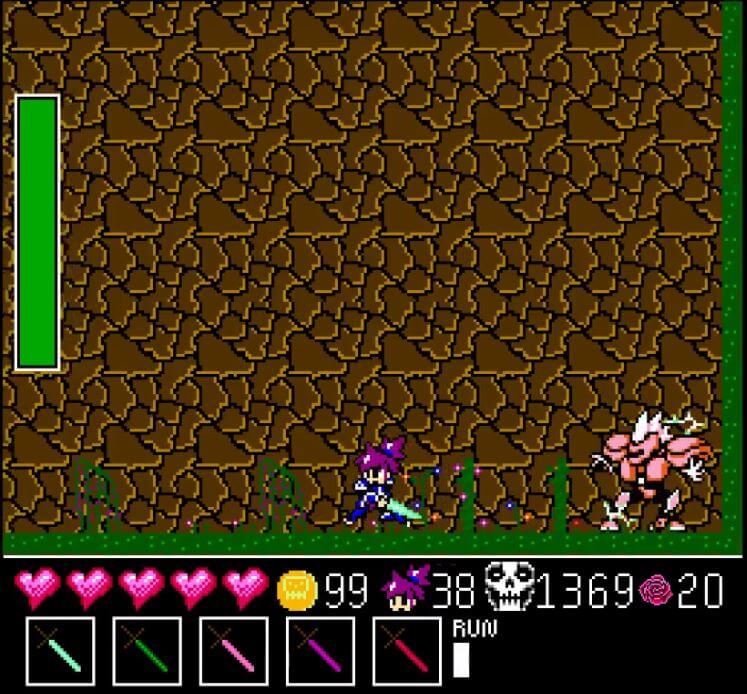 We hope you find some enjoyment in these 5 free PC Horror Games, feel free to leave a comment if there are any you think we’ve missed, or if you’ve particularly enjoyed any of this selection.