Battle Fleet: Ground Assault review — One tank at a time

World War II has been the backdrop for countless games of all genres. While it remains popular, World War II games now do not only have to succeed as games, but as games in one of the most crowded settings. Battle Fleet: Ground Assault, developed and published by Mythical City Games Inc, takes up the challenge.

Battle Fleet: Ground Assault is a turn-based strategy game with a focus on tank combat. It is set in Western Europe in 1944, when the war between Allies and Axis Powers reached its final phase with the Normandy landings. You can play as either the United States, the United Kingdom and the other Allied nations, or as the Axis Powers.

Before the titular ground assault starts, Battle Fleet: Ground Assault presents you with a map of Western Europe consisting of about twenty different provinces. All of these have various industrial values and different terrain. Both sides take turns building new tanks, moving troops, and of course trying to pry provinces from enemy hands. 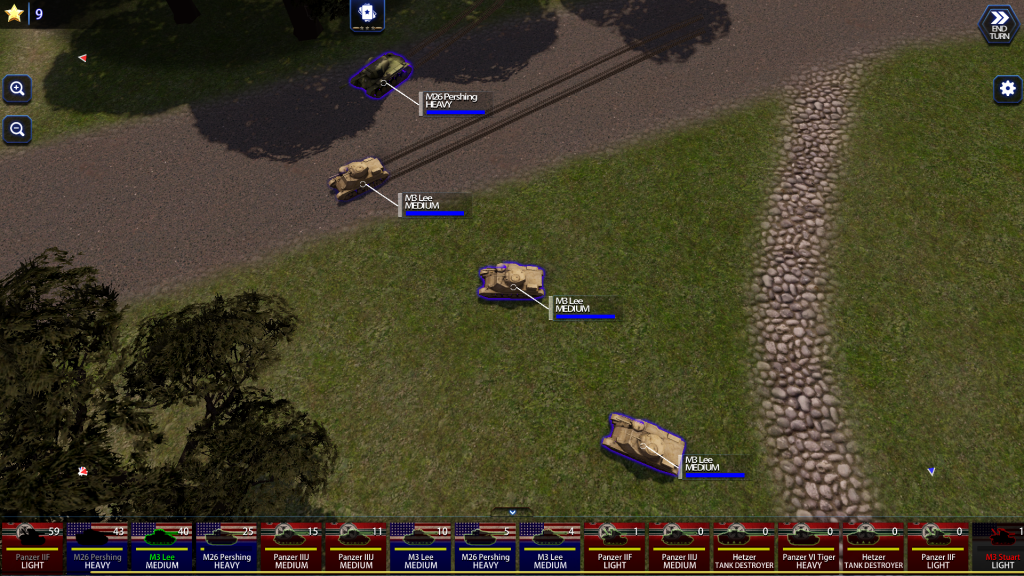 Though they control southern Italy, the only real base of operations for the Allies is Britain. As a result, the Allied player will always control the island — industrially beefed up for game balance — no matter whether they play as Brits or Yanks.

If the Axis player conquers Britain, the war is mostly likely over, as they start with most of continental Europe under their control. However, these large holdings come with many fronts that have to be defended, whereas the Allied player can pick and choose where to strike. Those who desire a more historical game can start with an order of battle that resembles the historical one. Otherwise, both sides start with their troops more even distributed.

When a player sends their troops to take over an enemy province, tank combat, the meat of the game, begins. Battle Fleet: Ground Assault focuses almost exclusively on tanks. Said tanks will be lined up on the battlefield at the start of a fight, and are moved in turns. During its turn, a tank can either move twice, or move and fire. 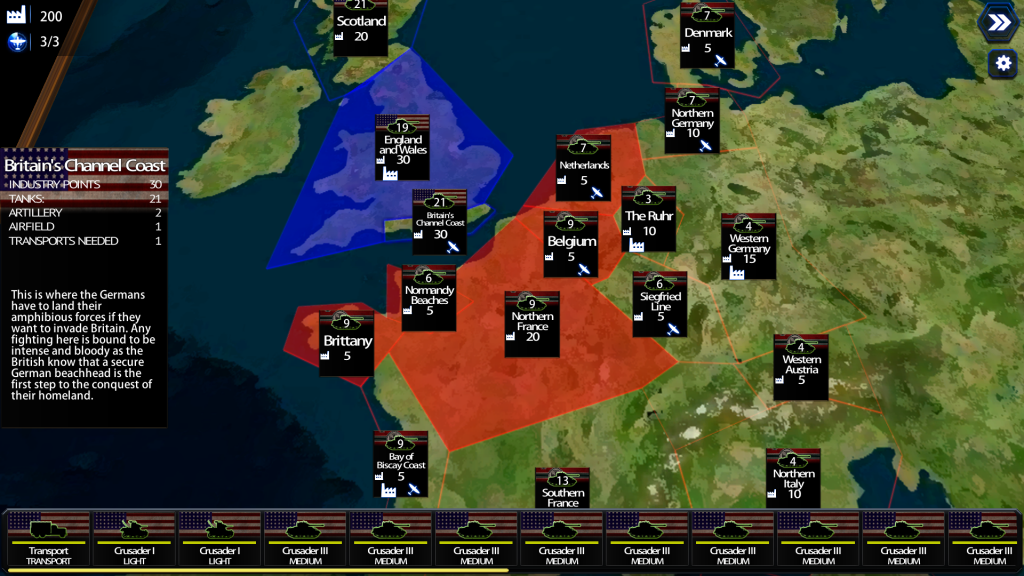 The game does not use a grid. Instead, a circle appears around a vehicle, in which it can be placed freely. Exact positioning and vehicle orientation matter — you do not want enemy tanks to hit you on the lightly armoured flank. Once a tank does start to fire, you have the choice between armour-piercing and highly explosive ammunition.

Once that choice has been made, the power of the shot has to be adjusted carefully, lest you miss an enemy even from point-blank range. Those who have played tabletop war games will feel at home here.

Despite the emphasis on tank combat, a couple of other units are present as well. Artillery provides support with superior firepower and range, but high vulnerability. Infantry is represented by lorries, who are needed to occupy a conquered territory. A losing defender can still thwart an enemy assault by destroying all their support, turning a tactical defeat into a strategic victory. 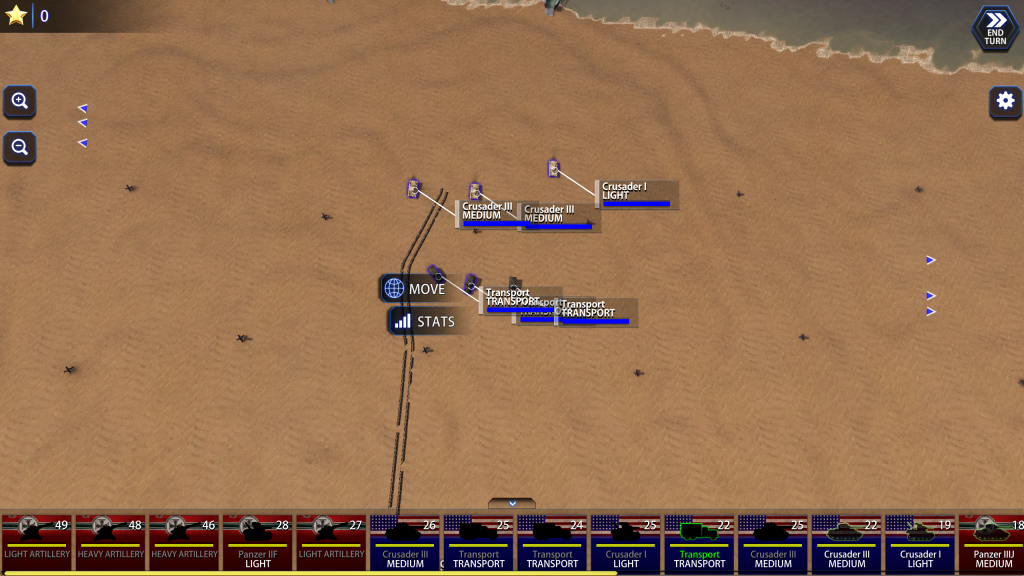 Destroyed tanks can be replaced by building new ones in territories with factories. A couple of tanks have to be unlocked, but both sides start with a selection of historical tanks from light to heavy. There is a cap on the overall number of troops you can have. This prevents a side from stockpiling large numbers of tanks while defending exclusively, and also mitigates a snowball effect — losing a couple of territories does not mean total defeat as long as you retain a fighting force.

In multiplayer, the campaign map is put aside to make place for pure tank battles, with units such as transport lorries not being available. Other than that, the game plays the same.

Even though Battle Fleet: Ground Assault uses a lot of good ingredients, the final mix suffers from a number of issues. The most glaring one is the game’s incredibly slow pace. Clicking through various menus to move tanks and have them attack becomes tedious quickly, especially when the enemy is on the other side of the map and, as such, you will not even see a single enemy tank for the first half of a battle. 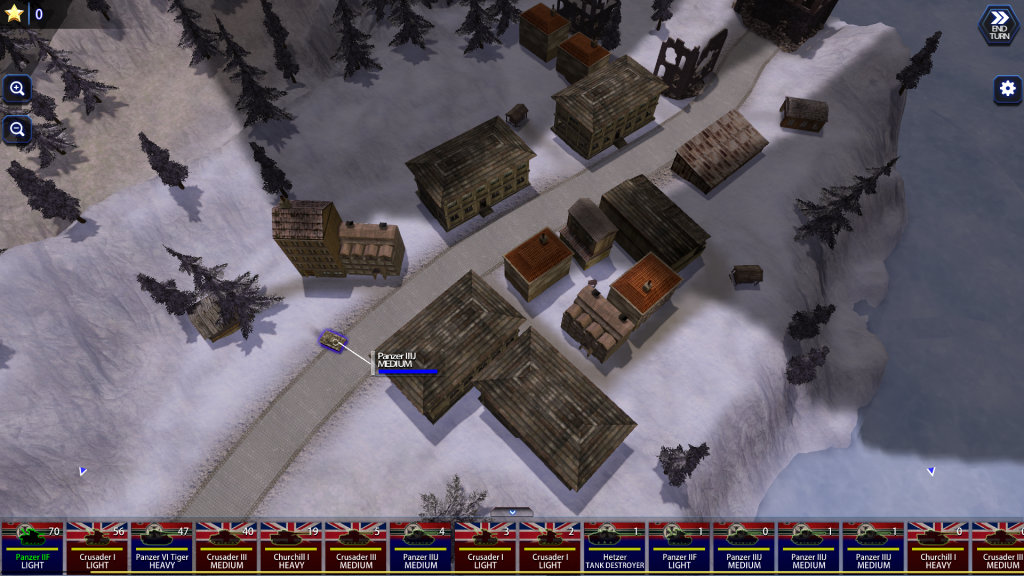 The maps are quite large, and even when the defending force is weak, it takes a long time to find them and round them all up unless you have a lot of air or artillery support. Learning how to aim properly is not easy, and Battle Fleet: Ground Assault does not offer a tutorial for it. Even then, firing over a long distance seems to be fairly random. While artillery has never been terribly accurate historically, losing several vehicles before they had a chance to even move is frustrating.

The AI is a mixed bag. During combat, it appears to be generally competent, even though it lacks focus and does not concentrate its forces. On the campaign map, the choices the AI makes are questionable. It often attacks territories that are defended by superior forces, even if one of its own territories is directly adjacent and it should know the approximate strength of the enemy.

Battle Fleet: Ground Assault‘s graphical representation is functional but bland. The different tanks can be distinguished upon closer inspection and use fairly accurate models, but the maps look dull and empty. There are some rivers, roads, farmhouses, and shrubbery, but for the most part, features are absent, which does not make the long time you spend on these maps more enjoyable. 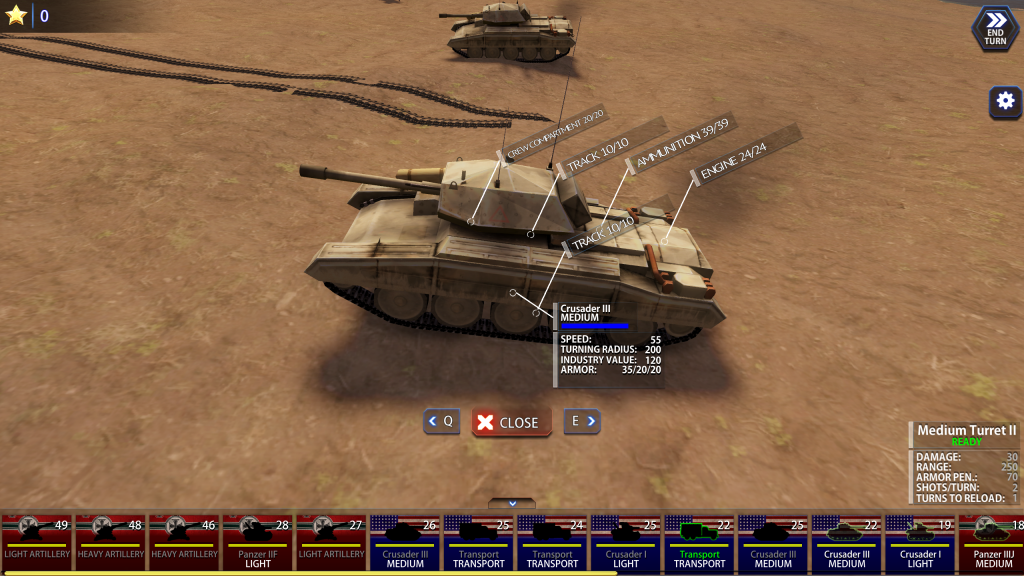 Battle Fleet: Ground Assault has a couple of neat ideas, but is overall lacklustre. In order to succeed in this genre, a game has to either bring new ideas to the table, or execute old ideas really well. Battle Fleet: Ground Assault does a little bit of both, but ultimately fails to achieve either. Friends of war games and military hardware enthusiasts might want a game with more depths, whereas other players will likely be turned away by the game’s glacial pace.