Review | A Day in the Woods

A Day in the Woods – A grandma’s basket of goodies or a wolf in disguise?

A Day in the Woods is a charming indie puzzle/strategy game centred around the fairy tale of Little Red Riding Hood. You play as a helpful fairy that guides Little Red to her grandmother’s house, avoiding bears, spiders and other forest creatures. The aim of the game is simple – get little red to the house while avoiding enemies in the least number of moves. 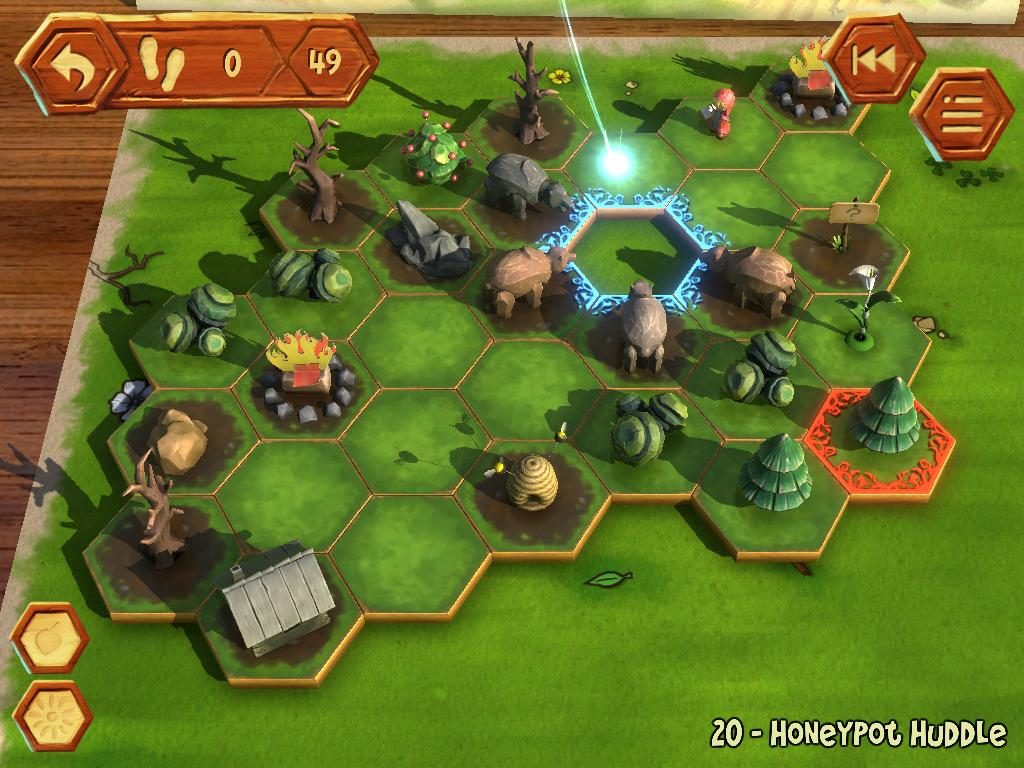 This is a fun and relaxing experience – it isn’t one of those frustrating puzzle games. You can reach the goal fairly quickly and easily with the difficulty progressing at a moderate speed. The challenge lies in reaching the goal in the least number of moves, but you don’t have to. You can progress with one or two stars, allowing you the choice of playing it easily for less rewards, or you can try and solve the puzzle with the best route to win three stars. This system allows the player to progress even if they cannot find the perfect route. This makes the title more open to people who are new to puzzle games or for those like myself who are simply just not the best at puzzles.

As you progress on your journey to find Little Red’s dear grandmother, you encounter new enemies and features, all which have their own mechanics and challenges to overcome. This keeps the game interesting and adds difficulty as you play. The game is challenging enough to be engaging but not enough to be infuriating, which is a bonus,

The visuals are very cute – the game is designed to look like a real board game, with the characters and environment appearing (and sounding) like painted wood. It creates a nice effect, and results in the atmosphere being as if you are playing a real table-top game, especially with an isometric viewpoint. The bright colours really add to the story-book atmosphere and create an eye-catching environment. Though adorable it has a hint of darkness to it, reminiscent of the more menacing Grimm’s fairy tales, with the wolves and spiders appearing quite scary in contrast with little red and the quaint scenery. This adds another layer of atmosphere to the game which is wonderful and makes it more engaging.

My favourite aspect of this game is that it has customisation options, something not often found in the puzzle genre. As you play you can unlock different wings and trails for your fairy as well as different skins for the playing board which are season themed – summer, autumn etc. This bring extra motivation for the player, encouraging them to play and unlock these options and it really makes the game more enjoyable, you can even make your fairy blue like Navi! These customisation elements make DLC a future option for the game as well. 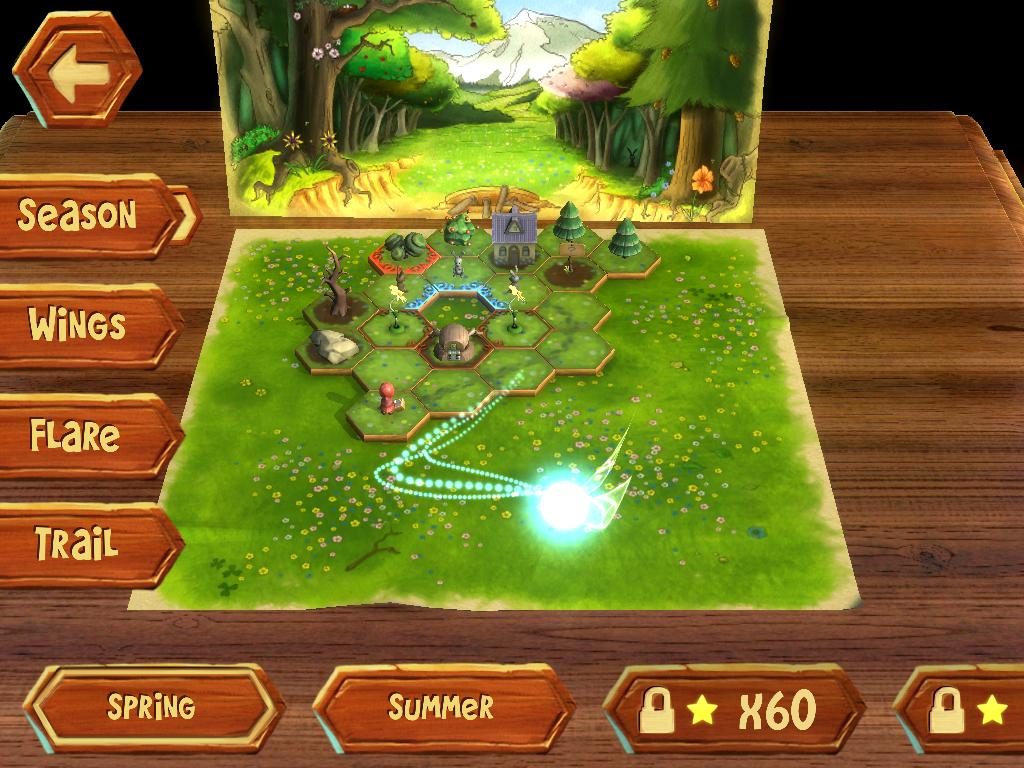 This type of game can eventually become repetitive, but this is combated by the ability to replay levels to try and achieve three stars and by the customisation options. I think the simple mechanics of this game allow for great replayability and that it is the kind of game people will hop into now and again as it is fun, simple and in my opinion, quite relaxing.

This game is also kid-friendly, though may be too difficult for younger children. I would recommend it for kids ages 10 +. It is a good way to improve problem solving skills – for both adults and children! 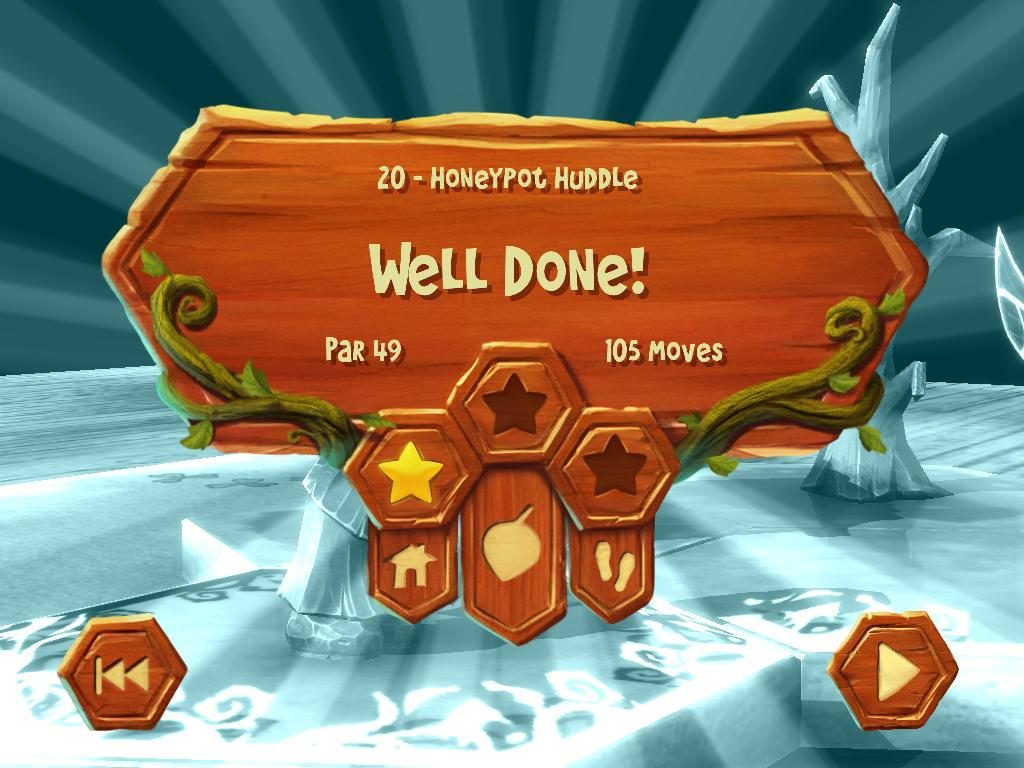 The adorable visuals, accessibility and easy-to-learn gameplay makes A Day in the Woods a fun and whimsical game to jump into from time to time. I love the customisation and fairy tale theme and would happily recommend this to both puzzle game enthusiasts and those who don’t often visit the genre.