Review | Aporia: Beyond the Valley – An Atmospheric Masterpiece

Aporia: Beyond the Valley is an indie, first-person puzzle game akin to titles such as Myst and The Witness which incorporates exploration with elements of problem solving. Using your magic vial, you must cross rivers, unlock doors and solve puzzles to make your way through the stunning world of Aporia. 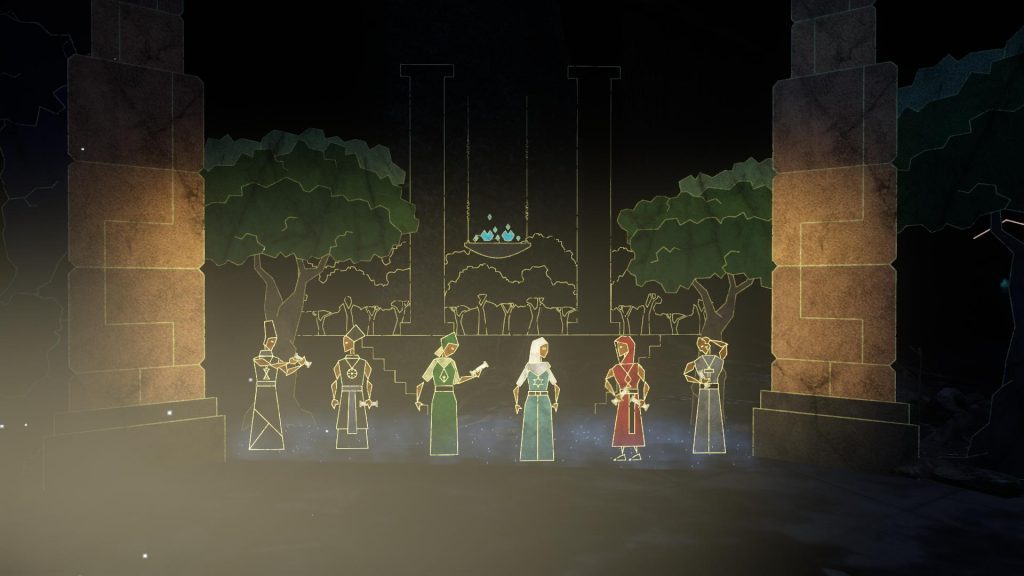 The most unique feature of this game is that the story is told without dialogue or text and the result is rather beautiful. As you explore the forgotten lands of a people long gone, you unearth secrets about their life through their ruined structures, boats, pottery and figural tapestries that have been left behind. Images of life and death surround you and you must unlock mysterious doors, activate strange contraptions and overcome obstacles to uncover the mystery of this lost civilisation. The story is told through images that are similar to ancient Egyptian wall art and ancient Greek pottery and the game has an overall mythical air to it.

There are dangers in this game, most of them natural, such as rivers that carry you away, fire and accidentally falling from great heights. But be wary, as you progress you may find yourself threatened by something more dangerous than the natural world. 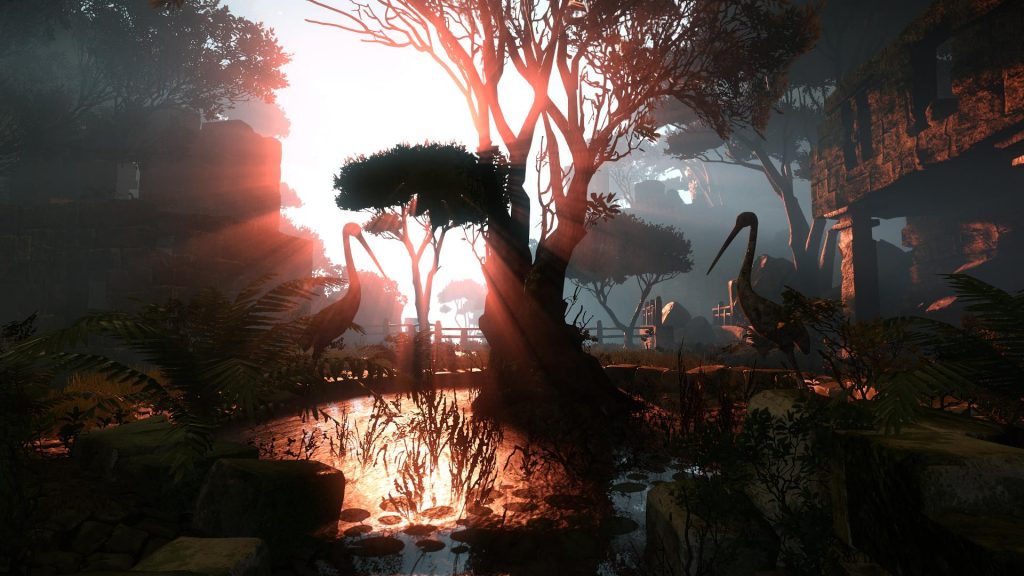 The visuals of this game are truly incredible and add to the atmosphere of the game immensely. There are a few graphics glitches here and there, but nothing major enough to effect game-play or immersion in my opinion. You experience day and night along with some weather effects (I have a soft spot for rain) in this strange land along with beautiful lighting. The buildings – including houses, shrines, vaults and other fantastical structures are creatively designed and truly magical, creating an ancient vibe mixed with fantasy and mysterious technology. The music is also wonderful, complimenting the atmosphere of the game and adding to the feelings of awe, magic and at times, building a sense of uneasiness. The game has two moods: wonder and dread. At times, you are greeted with serene landscapes and enchanting music, and others, sinister darkness and unsettling sounds. The game can be incredibly creepy – an increasing awareness of your lonesomeness builds up and can become slightly terrifying, especially when night falls. As you explore the remnants of these people, curiosity is inevitable and you begin to ask yourself, who were these people? Where did they go? The empty houses and skeletons fill you with a sense of sadness and dread but their beautiful buildings and art have you feeling inspired, imagining the life they once had. The soundtrack is available on steam in a convenient bundle with the game itself, or you can buy it separately. It is definitely something I would consider having as inspirational background music for studying/working. 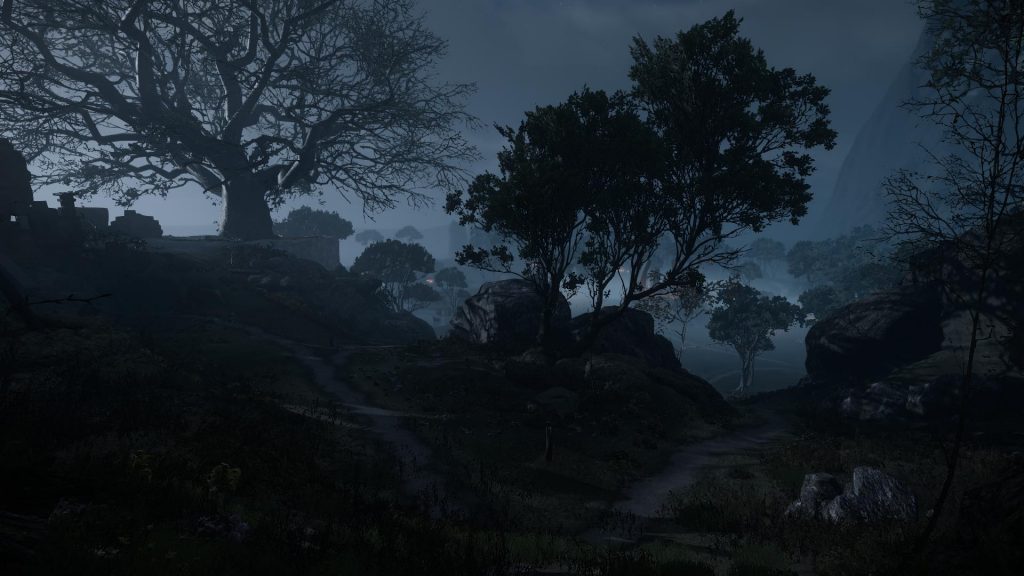 The controls are basic, you mainly left click to interact with objects and guides appear on the screen to assist you. As expected from adventure/exploration games you can move around, crouch, jump and sprint and there is a helpful controls menu if you are unsure. Sometimes the interactions can feel a little clunky and you have to repeat them once or twice to actually activate them but it is nothing of significant consequence. There are graphics and advanced graphics settings so you can tweak the appearance of this game to your liking, which is great, both for people with high end graphics capabilities and also for people who need to reduce the quality for their PC. 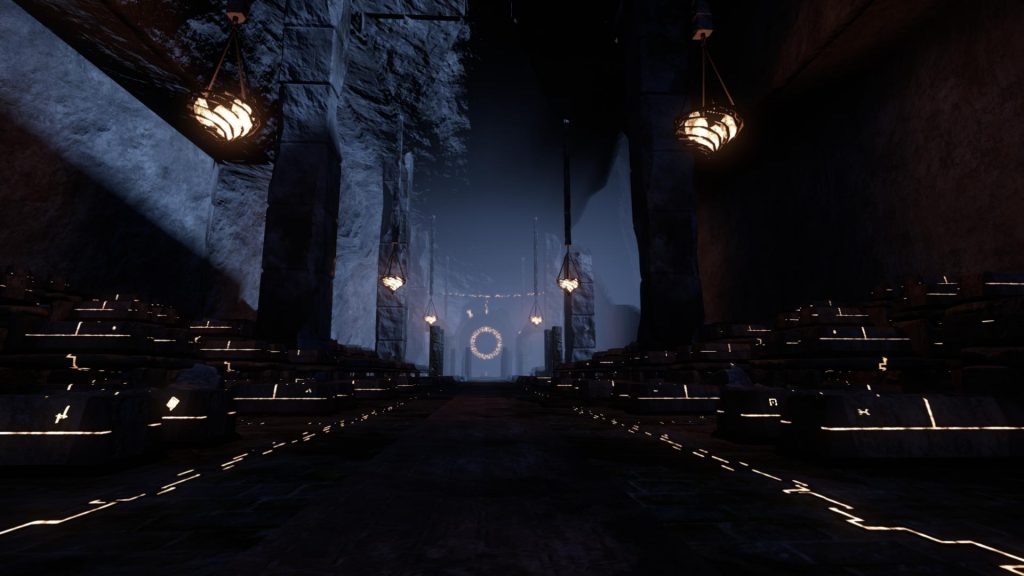 The puzzles vary in difficulty and are often challenging but not to the point of frustration. A feature I really liked about this game is that the puzzles vary in type. Some of the tasks require you to figure out how to cross a barrier, others have you trying to solve how to activate a particular mechanism, sometimes involving patterns or simply requiring you to explore to find a certain item. This keeps the game-play engaging and fresh. You may feel a little lost at first, but just keep exploring and you will find your way. Part of the fun is the freedom to wander, searching and discovering. I got stuck once or twice and spent some time running around, but the visuals make this a treat rather than a chore. I wouldn’t recommend this title for anyone below teenage years due to the difficulty of the puzzles and riddles and partly due to the often-creepy atmosphere of the game. 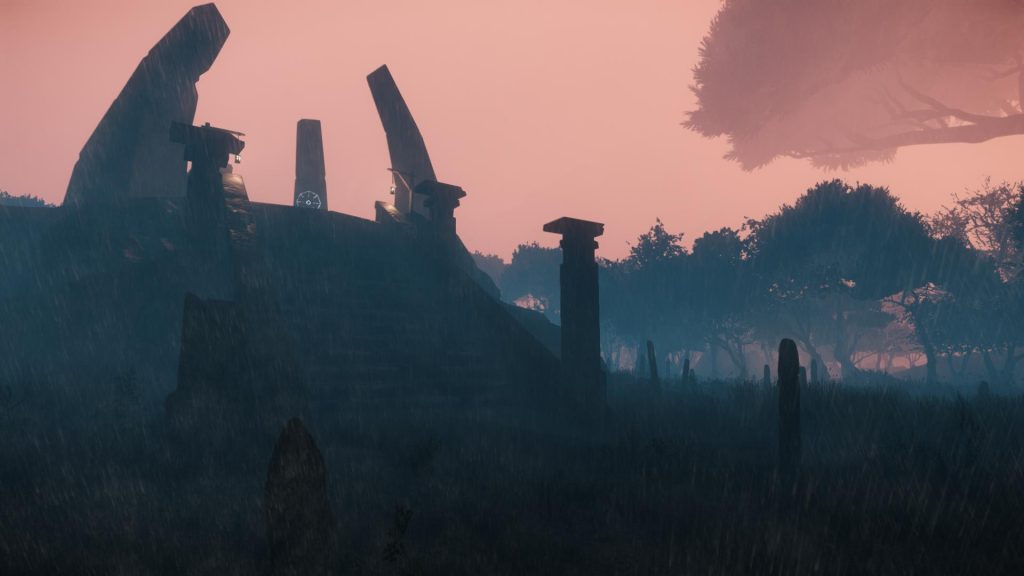