When Dan Lazarski — a detective in the Krakow Police Department of 2084 — receives a call for help whilst on patrol from his estranged son, he rushes to the scene to find a dead body and a much wider mystery at hand in Blooper Team’s Sci-Fi thriller: Observer: System Redux.

Observer: System Redux follows Detective Lazarski’s investigation into a series of brutal murders within a dilapidated apartment block in a futuristic Krakow. Investigating the call from Laszarki’s son, Adam, Lazarski finds not a scene of horror, a brutal decapitation seemingly caused by a beast-like creature that leaves claw marks across its victim’s lifeless body. Lazarski isn’t any normal police officer however, he’s an Observer. An individual modified with a variety of implants and technology with the sole purpose of initiating connections with other people to delve into the darkest corners of their mind and learn their secrets.

Krakow isn’t the shining futuristic metropolis you might expect of a future that’s embraced technology. It’s a dark, dystopian, rain-soaked vision, poisoned by both war and disease with some clear cyberpunk influences. Given the plague itself that has ravaged the population has an origin in the very augmentations people began to rely on, it’s clear that there’s a resentment between both the survivors of it within the block that Observer’s story plays out within and Dan himself as an amalgamation of both man and machine. Questioning the locals behind their doors reveals a multitude of reactions; whether it’s those who feel their privacy is under question, survivors or widows of the plague itself, or the religious “Immaculates” who live without any technology implants at all. It’s these interactions which drive Blooper Teams vision of a world that is hesitantly reliant on technology and clearly lives in fear of it.

As a detective, Dan Lazarski is equipped with various vision modes to assist in his investigation. The apartment block itself is questionable, it’s likely dangerous and in various states of disrepair with poor lighting. Lazarski has the option of switching to both a bio vision mode; which specifically highlights and allows scanning of living tissue or organic matter; in addition to an electromagnetic vision mode which is useful for tracking and tracing any sort of electrical or mechanical equipment. The majority of your time in the investigation is spent utilizing these modes to uncover clues or to update your case notes. This in itself can be fairly challenging as some of the items needed to progress your investigation can be hidden or require close up inspection and a degree of accuracy to be able to scan them and progress.

It’s not long before those skills are needed and Lazarski’s key ability as an Observer is required. Essentially boiling down to jacking into victims or other individuals; Lazarski is transported into that person’s mind with varying consequences. Memories, dreams or visions are encountered and portrayed in a number of lucid experiences where Dan has to resolve a number of puzzles in order to obtain the information needed to further uncover the mystery at hand.

It’s an experience that almost always has you on edge. With its pulsing background effect, the dark abandoned corridors of the locked-down apartment block and the skittish glitches attributed to Lazarski’s augmented features Observer: System Redux feels threatening almost always. The dreamscapes that you explore increase that pressure and feeling of foreboding massively with surreal changes and sudden switches in both viewpoint and the increasing intensity of the music accompanying your progress building to an inevitable crescendo. It’s almost a relief when you reach the end of each major set piece and the pressure subsides allowing you to take in the consequences of your actions or the information revealed and you breathe a little easier until next time.

It’s not just the player who feels the brunt of these interactions as Detective Lazarski himself is affected by his experiences. As his stress levels rise through continued investigation or progress through the story of Observer: System Redux you do need to locate and take Synchronize; an anti anxiety muscle relaxant drug; which settles Lazsarski’s strain levels back within acceptable parameters. Don’t find enough or fail to take it periodically and Lazarski descends into a twitchy mess with visual artifacts blocking much of your vision and making investigations difficult.

To support this futuristic vision, Blooper Team made the original Observer to look the part. Since then however they have been able to take full advantage of the power within the next generation of graphics to fully realise their original vision with Observer: System Redux. It’s not quite a remaster and it’s not a remake given it adds and changes quite a bit but doesn’t stray from the original premise far enough to justify a remake. 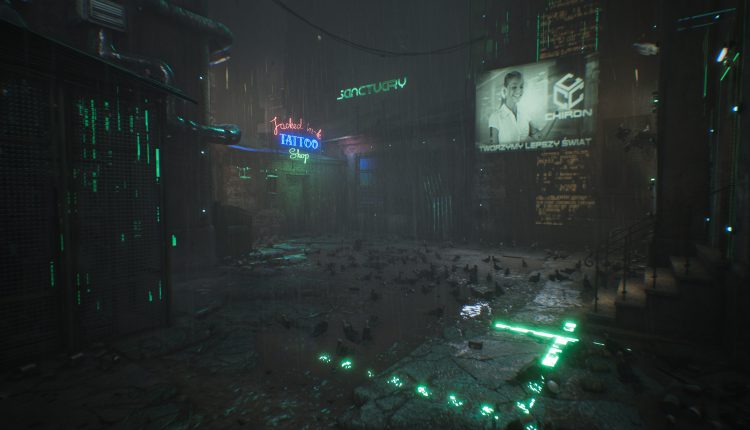 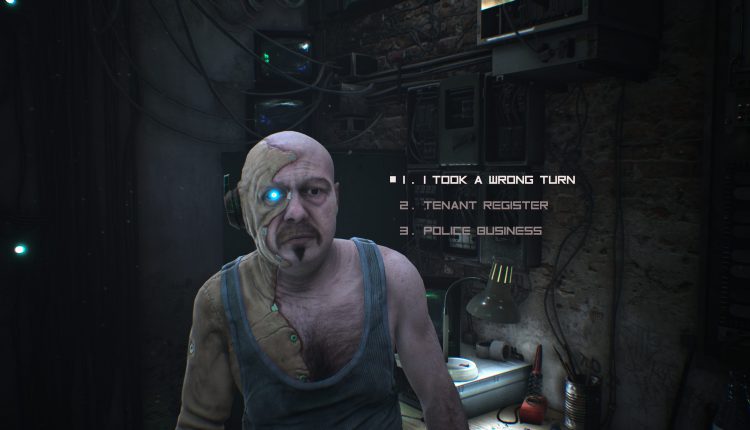 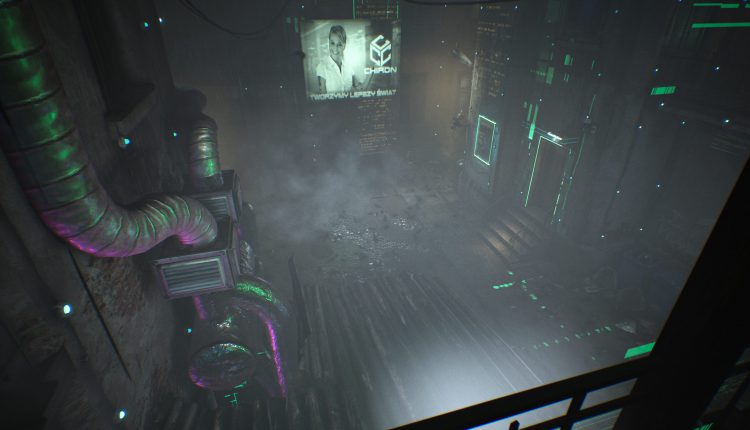 The most obvious changes come in the graphical department with much higher resolutions and more detailed textures on offer. Ray tracing is implemented on next-generation consoles as well as high end PC’s with some very noticeable effects immediately as you enter the rain soaked courtyard within the first few minutes of the story and the first interactions with the apartment blocks supervisor shows some new detailed models on show. Observer: System Redux also offers a number of new cases to solve to further extend the play through, further making use of the dream eater sequences the original was known for.

Lazarski himself is brought to life by acting legend Rutger Hauer (Blade Runner) and although one of his final appearances on screen it’s hard to imagine a better fit for the character. Hauer’s gruff delivery matches the scenery well and the final realization of Blooper Team’s techno sci fi thriller is a fitting homage to the actor.

Observer: System Redux is a dark, thrilling investigation into a future where augmentation hasn’t yielded the golden age promised land offered by so many science fiction stories.