Shift between four heroes in a tough showdown against a mind-controlling final boss in Awry.

The four legendary heroes have made their way through the almost endless dungeon and are finally facing the creature behind all the recent terrors; in order to save the world, all they have to do is strike down the boss, but things suddenly go awry. The ghost takes control of the party and their — annoying — mascot can only free one of them from the mind-control at a time. That’s the premise of Awry, a well-made entry from this year’s GMTK Game Jam 2020.

It’s quite a simple idea, but very well executed. You’ll switch between characters using the num-pad, steer them away from their position using WASD, and click to attack the boss. But, when you’re not controlling a hero they’ll be attacking you, buffing the ghost, or moving back into the 2X2 layout. 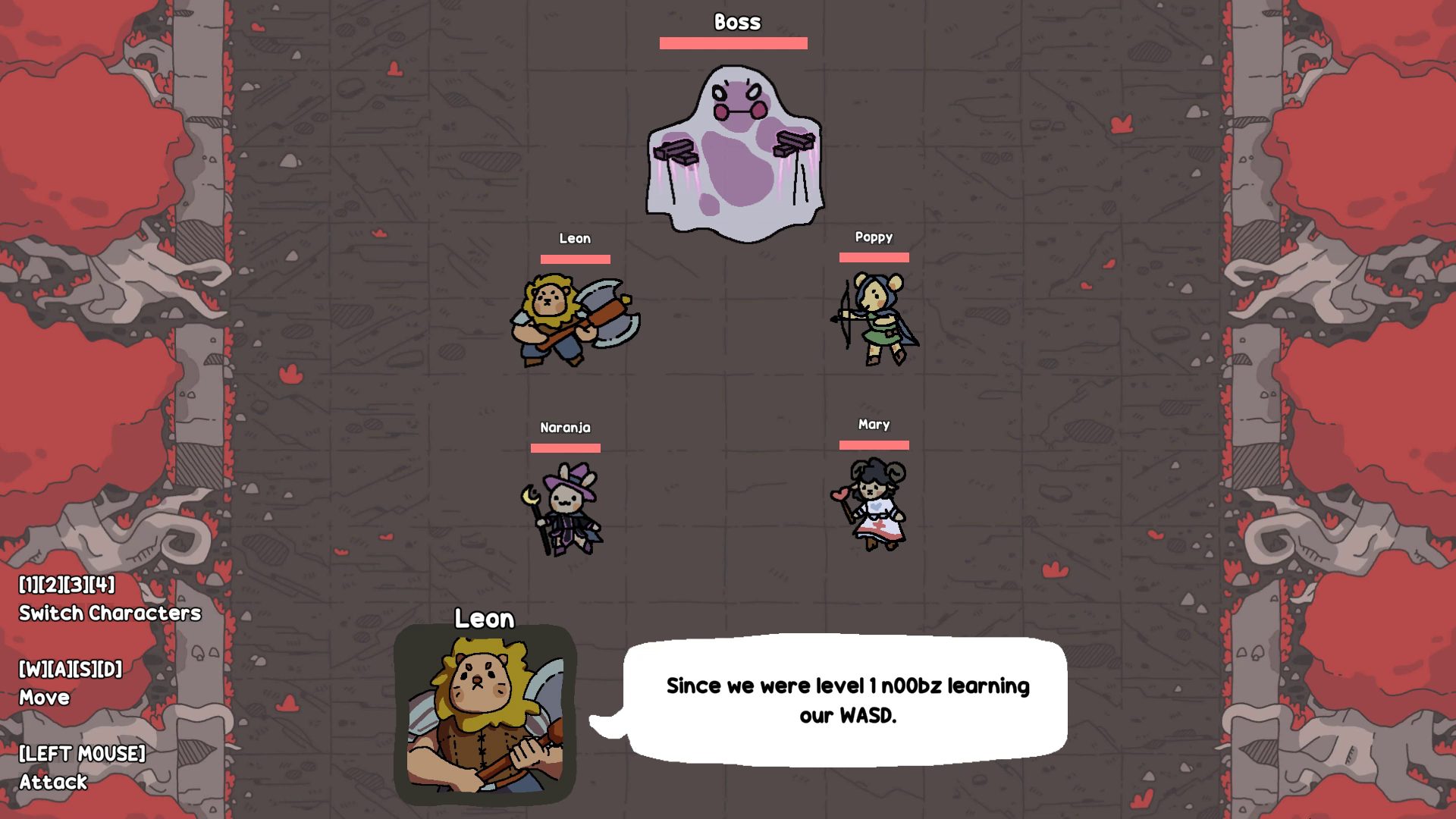 There are clear, easy to understand indicators on the boss which point out which of your heroes will be effective, at that time, against the boss, but you’ll also need to keep your eyes on the other heroes and their health bar. It can get incredibly busy on the screen, but the more time you spend moving then the less time you’ll have to spend fighting the boss or healing the heroes. As such it might look like an aRPG, but it plays much more like an exercise in time-management. It also starts to feel a lot like a rhythm or puzzle game as you play, because the boss will be actively healed by the healer when you’re not controlling them… you need to deliver perfect timing, in sequence, in order to clear the battle.

It’s a really fun little experience, short, simple and smart. Definitely worth a quick play, and why not considering that it’s free?

Awry is available on Windows and can be downloaded for free on the game’s itch.io page.