Tools Up! is a game I have previously played, albeit a few years back at Gamescom. The premise of the game is sort of like Moving Out, where you must quickly get into a house, but instead of moving furniture, you are looking to decorate the interior before time runs out.

In Tools Up! rooms have specific needs — some carpets need taking out, new flooring needs to be put in, and some walls need to be pasted and then wallpapered before the paste dries. There is just a lot to do. At first, you have a blueprint, but at the halfway point of the game, you’ll find yourself going on instinct (and seeing if doing something changes the progress bar).

Tools Up! is a couch co-op title where you can play with younger children if you are skilled at the game, however, the biggest let down to this game is literally its tutorial. The tutorial seems to tell you about the new mechanics the level after you actually need it. We spent a while looking at a box, trying to figure out what it wanted us to do beyond holding it, before realizing we needed to dump it into a bucket (which we were previously using for waste) to mix some sort of concrete to then use on the walls. This sort of information can be critical at the start of the game, so if you don’t understand, and get frustrated due to lack of information, you can find yourself quitting the game early. 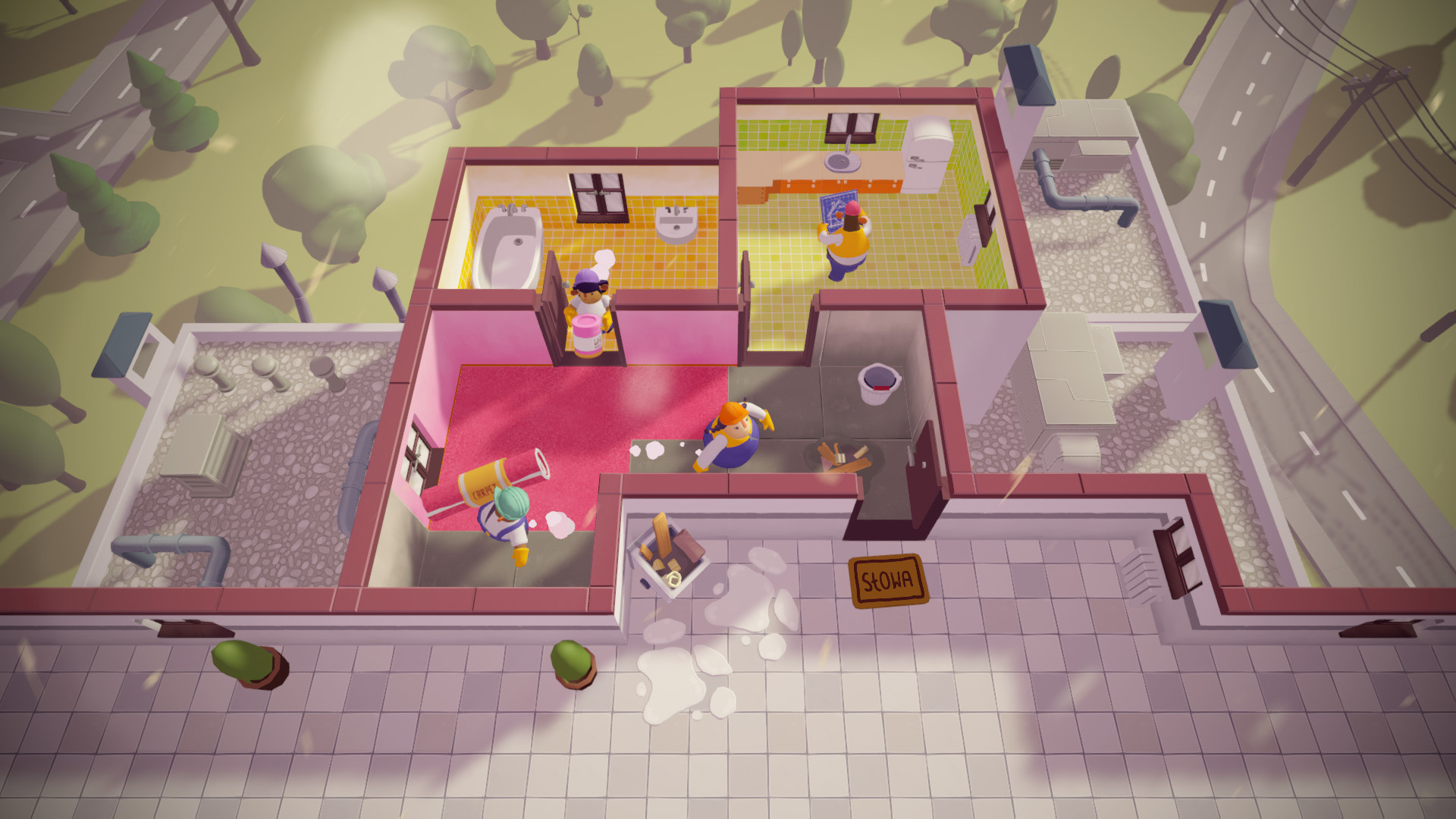 However, if you stick with Tools Up! you will find yourself painting while skating around an ice rink or grabbing items you need out of a river. There are so many fun and colorful levels — as long as you keep your eye on what needs to be done! Once you have put in all of the new floorings and walls, you’ll also need to clean up any mess and bring all of your tools outside. At first, there are confusing bits to this too, as your character is classified as a ‘mess’ which can be in the house. Again, this is just something that you need to get used to.

The game boasts 30 different levels, which are shown on an interesting menu screen — it’s like a giant apartment, complete with an elevator. Controlling the elevator (which is completely down to player one) can also be confusing, as there is no light or real way to show if you are behind an elevator door — so you might end up just moving around a lot until you get to the right area). 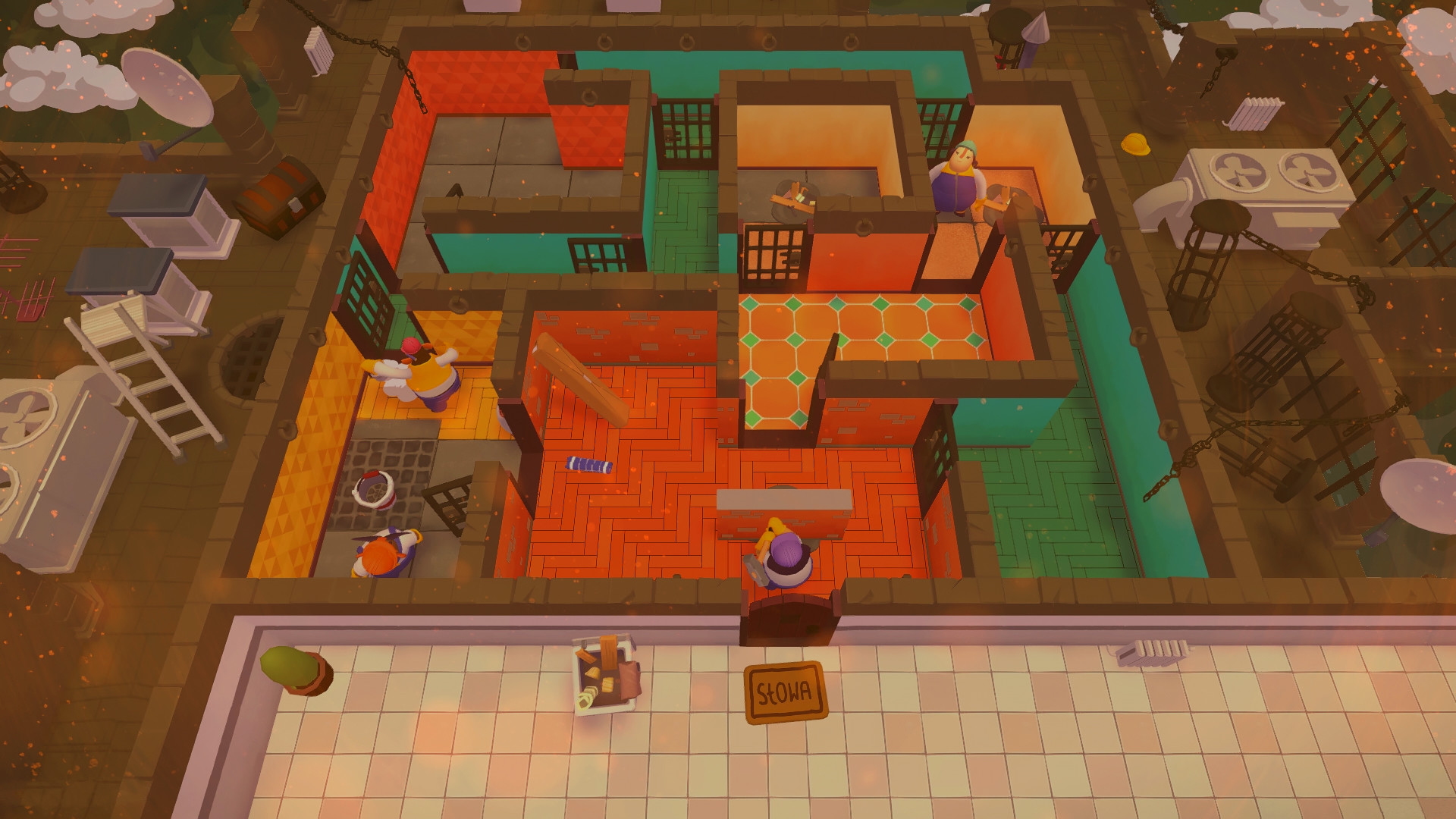 Despite all of these small rough edges, I found myself playing level after level, trying to get paint onto the walls and watching out for never-ending spills that just keep slipping me up. There is a joyous fun to Tools Up!, that comes with these colorful, couch co-ops, that makes everyone want to join together as a team in hopes of conquering the game.

Tools Up! can be found on PC, Xbox One, Nintendo Switch and PS4.

Love multiplayer games which aren’t violent or sports-related? Why not check out these 15?