Mount a powerful warbird as one of an ancient group of warriors exploring and protecting The Great Ursee in Tomas Sala and Wired Productions open-world air combat adventure — The Falconeer.

The Falconeer takes place in a region known as The Great Ursee, an oceanic area with scattered islands of civilisation built within the sea itself and not too dissimilar architecturally to that of an oil rig. Within the centre of the starting region is a local phenomenon known as the Maw, a canyon in the middle of the ocean that surrounds a number of local supernatural relics and crypts. These somehow manage to drive back the water in a “Moses parting the Red Sea” action giving way to some great looking moments as you fly between the ancient structures surrounded by the waves.

Carried out in the third person, The Falconeer places you in charge of a giant hawk and a member of an ancient prestigious line of aerial warriors. Using ranged weapons; the game still holds true to classic dogfighting mechanics but given the capabilities of the hawk, The Falconeer adds a number of aerobatic manoeuvres to keep combat interesting and more attuned to the actual animal you ride.

As an open world in which the story takes place, you do have the freedom to simply glide the currents and see what happens across the endless ocean before you. Missions don’t keep you tied to an area although the reminder of their location or target is always present on the map and compass. Exploration further elaborates on the places and people of The Falconeer and the developer has gone to some great lengths to create extensive history and lore for both the conflict and the Great Ursee. It’s one of The Falconeer‘s strengths as it provides a key connection between the player and the events within the game’s main conflict.

Mission variety is good and keeps things interesting between the main story campaign. Sometimes you will be out and out dogfighting with the local sky pirates whilst other times it could be a search and retrieval mission for the local fishermen. Each completed mission offers a reward and depending on how you are playing, and more importantly, upgrading your Falconeer; it’s worthwhile straying from the main campaign in order to suitably bolster your abilities.

Interestingly the campaign isn’t limited to any single perspective of the wider conflict at hand. Progression and experience allow you to switch to other viewpoints and allows you to see how events may have been interpreted from the alternative side of the dispute. This also allows access to alternative classes whose abilities and capabilities may differ from your starting character.

It’s not as easy as simply rocking up at a newly discovered location either and smashing out a bunch of quests for some quick rewards. Given there are several sides to the action you need to earn the trust of some of the people in each port with several outright refusing to even discuss tasks until you earn a level of trust within their political sphere.

When you do engage in battle it’s best to close the gap between you and your intended target fast, coming in low might offer some cover around buildings, mountains or areas of the Maw but your airspeed will be low and you can only really generate speed or power in an aerial dive. Coming in high or utilising the air current spotted around make for the best approach and locking on offers some aim assist but only at close range. If you decide to go in weapons blazing with no strategy then The Falconeer will punish you quickly, enemies often outnumber you and are very quick to position themselves on your six for a few quick hits whilst you try to get a line on another enemy.

Bounties as part of a mission helpfully give you a skull rating as a bar on which to judge the difficulty but even low powered enemies will give you a run for your money early on until you manage to increase your offensive capability or gain access to a wingman.

Visually, The Falconeer is a very striking game with a particular art style that suits the gameplay. A full day/night cycle is implemented with a supporting weather system allowing players who stay aloft long enough to experience a varied environment with crosswinds, storms and some amazing sunset or sunrise moments. 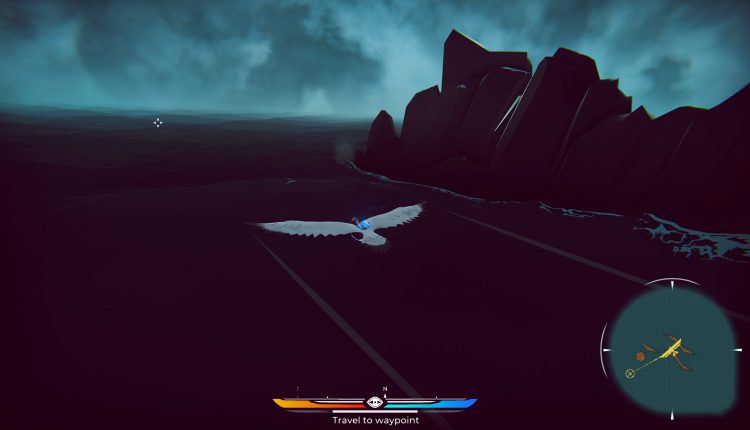 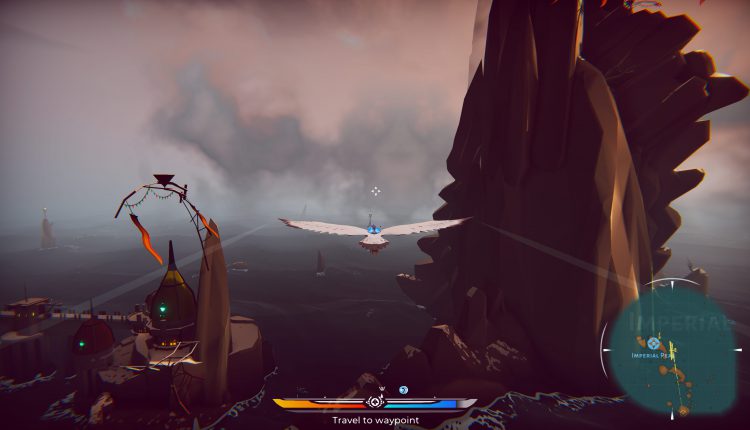 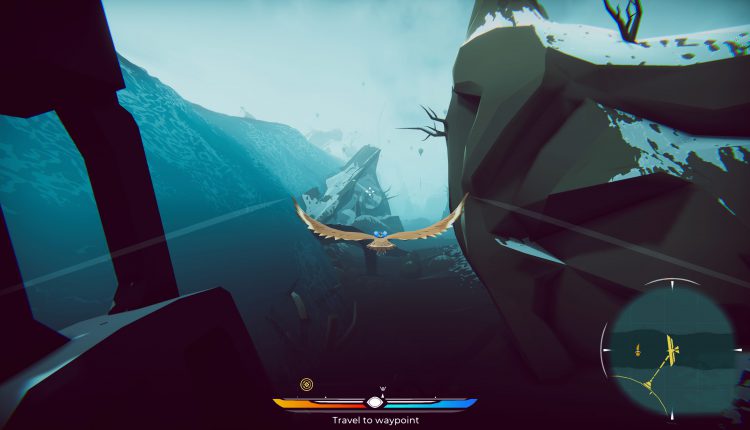 It’s not all about the action either simply getting aloft and gliding the currents is a relaxing adventure. Idling the controller doesn’t just point you in one direction, the bird starts to wind and sway in the wind, banking and gliding in the general direction you set out until you take back the reins. You do run the risk however of getting off course gradually but the experience adds some further variety to long-distance travel.

Steeped in lore and establishing a rich storied history; The Falconeer is a great base from which to expand on its interesting and mystical world as a potential series. The dogfighting is interesting and difficult but a little more variety in the battles and abilities of the Falconeer would be welcome on its next inevitable outing.

The Falconeer is out now on Xbox Series X and PC.