A secret agent finds her partner dead and is transported to a mysterious land where she must survive long enough to take revenge or get home in FYQD Studio’s Action FPS — Bright Memory.

Bright Memory is a teaser of sorts for Bright Memory: Infinite with the full release coming to next gen consoles and PC in 2021. Developed by one man development studio (FYQD); Bright Memory blends some action mechanics with fast paced first person action.

Surviving in Bright Memory boils down to blending your gun skills with a variety of technology based (and visually impressive) powers to create damaging combos while avoiding the attacks of your enemies. Powers can be deployed at any time but enter a cooldown state once used and many of the powers available from the start of the game compliment each other by giving you either additional damage in your current attack chain; or by affording you more time to inflict further damage without fear of rebuttal.

Landing in a futuristic world after the events of the opening scene, it isn’t long before the enemies start appearing and the bullets start flying. Defeating them rewards you with some dropped experience which; once enough is collected; allows you to unlock certain skills and attribute bonuses. A combo counter collates all your hits and translates them into both a score and rank per section you complete, although the rank resets upon taking damage from enemies. Hoisting an enemy into the air and then mixing up both sword and gunplay in a first person “Devil May Cry” homage moment leaves you feeling powerful.

In amongst all the shooting, Bright Memory also hides a few light puzzle mechanics. Whether it’s matching symbols or some platforming to unlock various doors that block progression, it’s a nice change of pace but through the teaser there’s nothing that could be considered mentally taxing. The shooting is fast and the longer sections, including the boss battles, are extremely frantic with some areas adding to the battle tension with enclosed arenas littered with obstacles.

The graphics, weapons and abilities are definitely the plus points for Bright Memory but outside of the excitement of a game that dropped within the Xbox showcase earlier in the year and some flashy visuals there are still a few issues to be ironed out.

With little to no preamble at the start you are thrown straight into the deep end. There’s no real introduction to what is happening and why you are in the facility in the first place before you bump into a very generic bad guy. Before any explanation can be given, Shelia (your character) is thrown through a portal to an unknown land. It feels like a focus on action has potential left the player without an anchor to relate to and some explanation, scene setting or story would be well received.

Bright Memory looks great but there’s a lot left to polish at this stage in development. Enemies defeated drop experience but instead of falling to a hard surface it more often than not hangs, suspended in the location said enemy is vanquished somewhat ruining immersion in the moment. Graphical discrepancies or artifacts tend to pop into the eyeline regularly and turning fast in a corridor leads to some unsightly pop in as textures and structure redraw to keep pace. 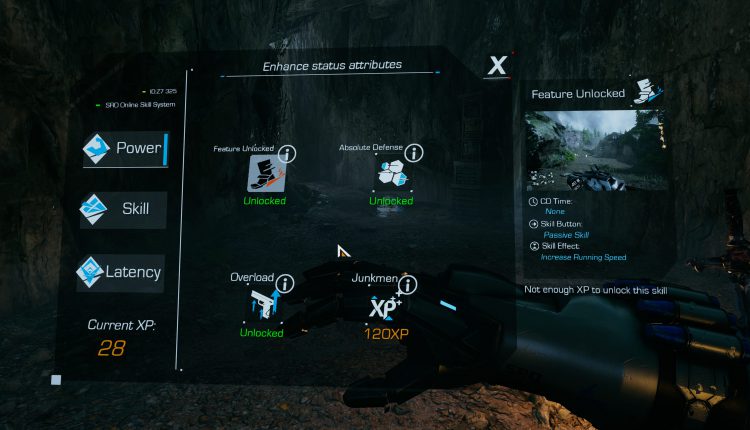 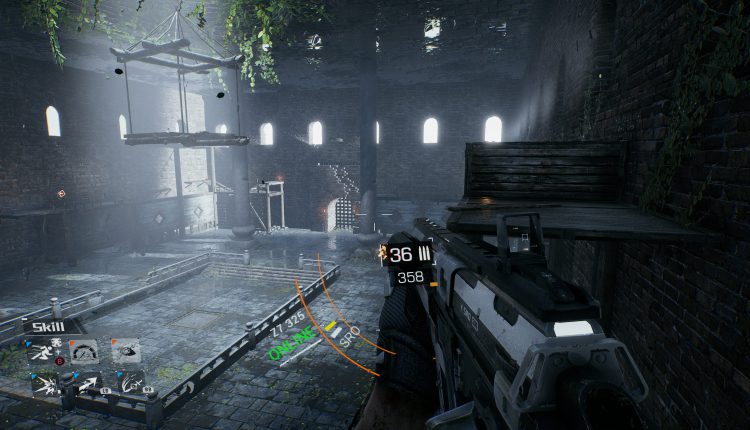 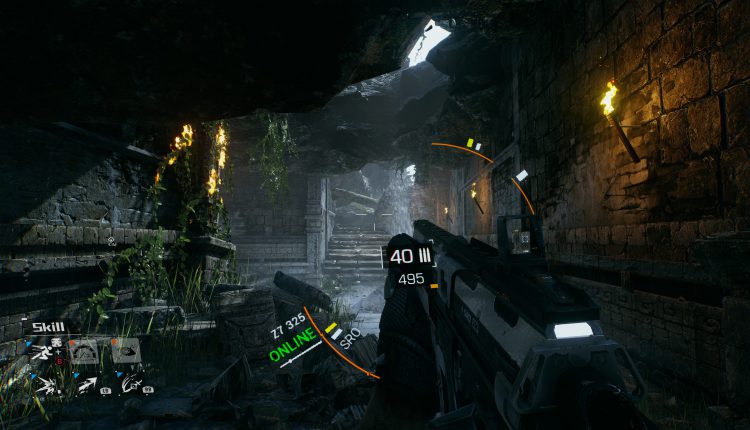 Textures and models look well detailed and the reflections in the water creates some beautiful scenery accentuated by the Xbox Series X ray tracing capabilities. Unfortunately though, quality control forgot that not everything should be reflected and water doesn’t pool on ceilings. A hall of mirror effect can be seen in some rooms where water on the ceiling and floors creates an infinite corridor that’s both off putting and a little lazy. Additionally seeing the reflection of your ammo counter in certain surfaces feels like Bright Memory is far from finished.

Releasing Bright Memory at this time, and in the method it has, provides FYQD some well needed exposure and gears up fans of the fast and frantic gameplay the full game promises to deliver. It’s also as close to a beta test as anything else and some in depth polish and testing is needed to fully realize the developer’s original vision.