Many games feature thieves as the central protagonists (or antagonists, sometimes) but it’s rare to come across a game based around a time-traveling thief. Even rarer is the game that tasks players with taking on the role of an alternate timeline (yes, the actual timeline) for that thief, with the goal of creating the best possible future. A Thief’s Fortune is the latest effort from the innovative team at Artipia Games, who previously brought us beauties like Kitchen Rush and Thirteen Ghosts, which we recently reviewed.

Unbelievably, A Thief’s Fortune has been successfully funded in just a few hours – literally between me beginning to write this article and our editing team having chance to review it. I’m not surprised though, because given what I’ve seen so far and Artipia Games’ previous work, A Thief’s Fortune has all the ingredients to be an excellent game. You can add your name to the already long list of backers by clicking here. 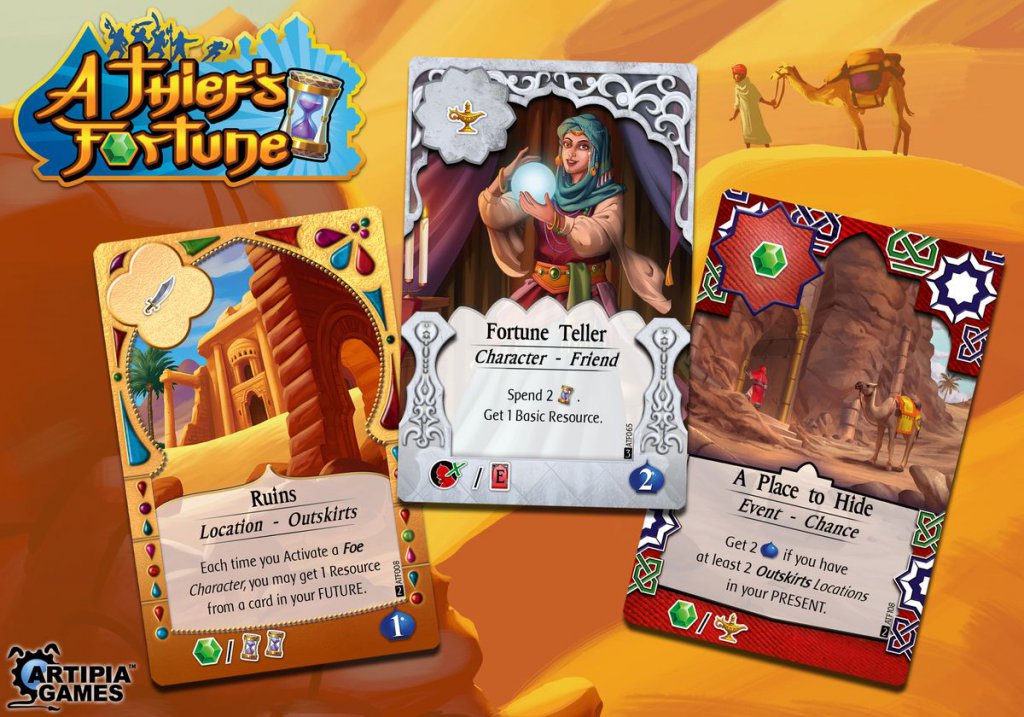 Whilst we haven’t been able to get our hands on the game just yet, I have reviewed the manual and had a play with some print and play files, which have enabled me to make a few conclusions about the game. Players will compete to score the most points through several rounds of drafting and actions, all of which revolve around the concept of the past, present, and future of the titular thief.

Drafting plays a part in the game, with cards being chosen and then placed into the timeline based on their type, with characters, events, and locations to choose from. Events cause a specific action to take place, whilst locations enhance or affect the outcomes of various other actions. Meanwhile, once the drafting round is done, the players can use their characters to take actions that draw them resources, score points and mitigate the effects of the danger track. 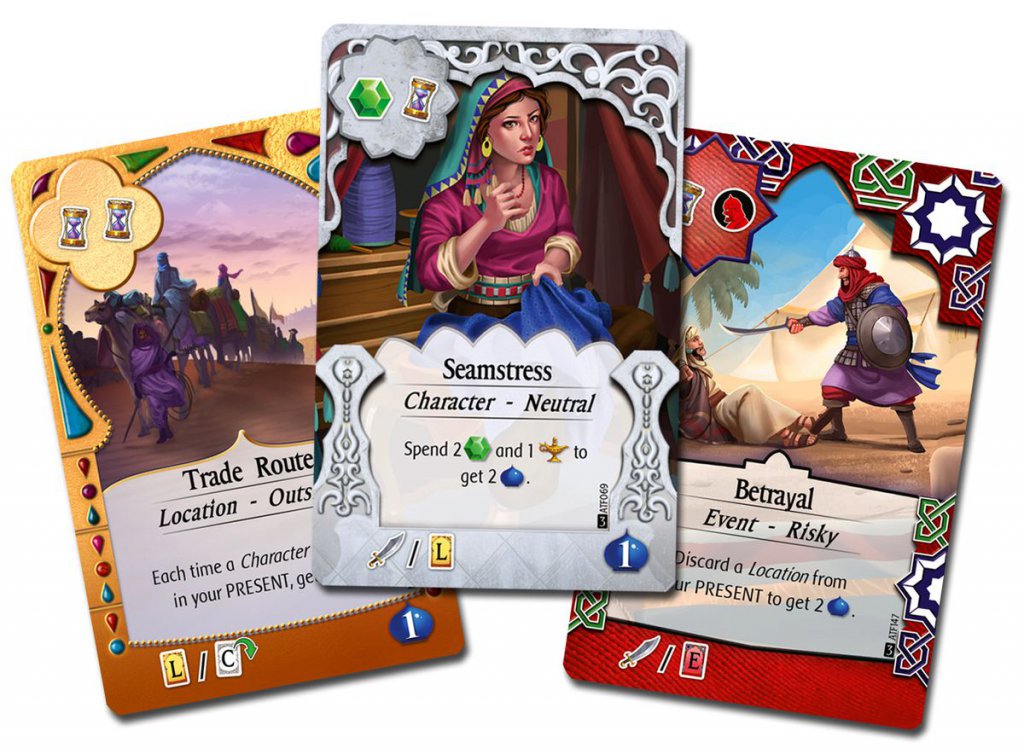 The artwork in A Thief’s Fortune appears to be a particular highlight, with a beautiful cartoonish design that really suits the subject matter and introduces a certain Aladdin like quality. Whilst this visual appeal might serve to soften the gameplay, it looks to me like A Thief’s Fortune is at least a mid-weight game that will reward careful, considerate drafting and certainly combo building.

The more observant among you will probably notice that this is the second time that A Thief’s Fortune has been Kickstarted, with the first effort being withdrawn due to a lack of momentum. I reached out to Artipia Games to discuss this unfortunate twist and the team were quick to point out that a number of refinements have been made in line with feedback and to confirm a number of minor tweaks to the campaign. Having worked with Artipia Games and played several of their games in the past, I have no concerns – A Thief’s Fortune looks unique and highly appealing, with what I’m expecting to be a deep and rewarding drafting mechanic at its center.