Who you gonna call?

In 13 Ghosts, two to four players work against each other to find the very best hiding place for their ghost, whilst at the same time identifying and calling out their opponents. The game is packed into a single deck of twenty-six cards, which comprises two identical sets of… can you guess what? Yes, thirteen ghosts, each with their own number.

In a two-player game, you shuffle just one of these sets, then deal two cards to each player. Each then places one card face down (in their crypt) and uses the other to ask their opponent a specific question, as listed on the face of the card. As an example, one ghost asks the opposing player to read out four numbers in a row and then confirm if their ghost is among those numbers. 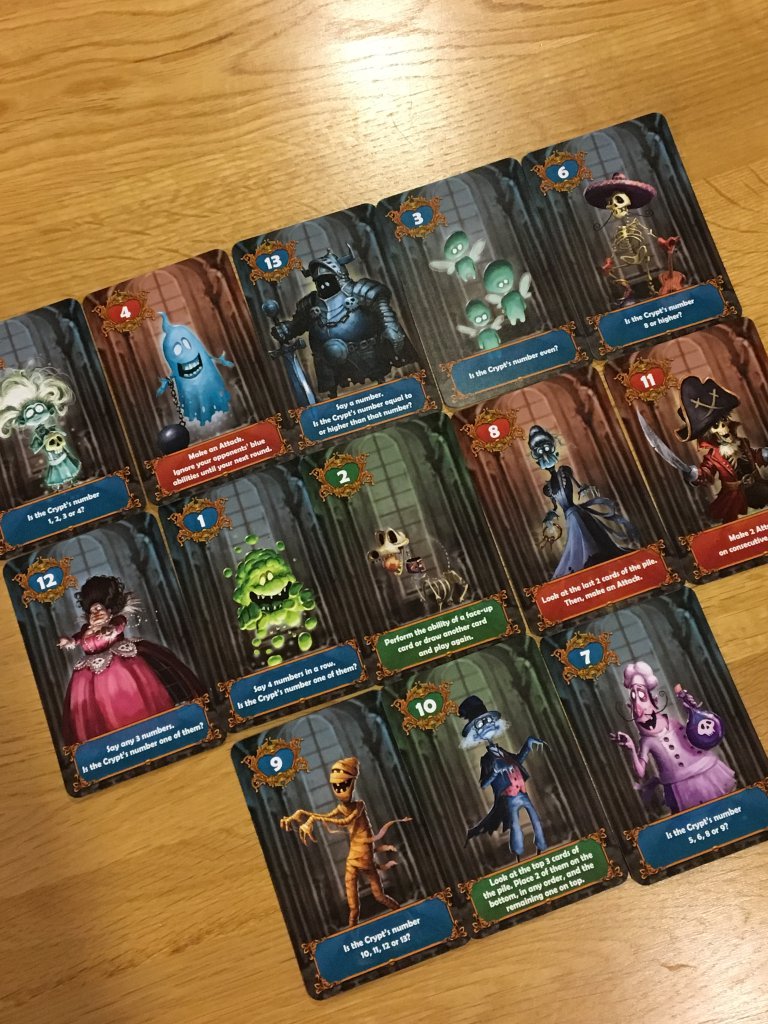 Other cards list specific sequences or patterns of numbers, all of which help narrow the potential options down. Once you play your card and ask the question, you draw another card and so on until none remain. If, at any point, there are either no cards left or you have decided that you know what number ghost your opponent has in their crypt, you can launch an attack by simply guessing at a number.

The crux of the game is based upon simply deducing a number between one and thirteen, two to three of which you know before you ask your first question (because you’ll have seen two cards of your own, plus your opponent’s first question card about half the time). Each question afterwards simply narrows the range of options until it makes mathematical sense to start guessing. 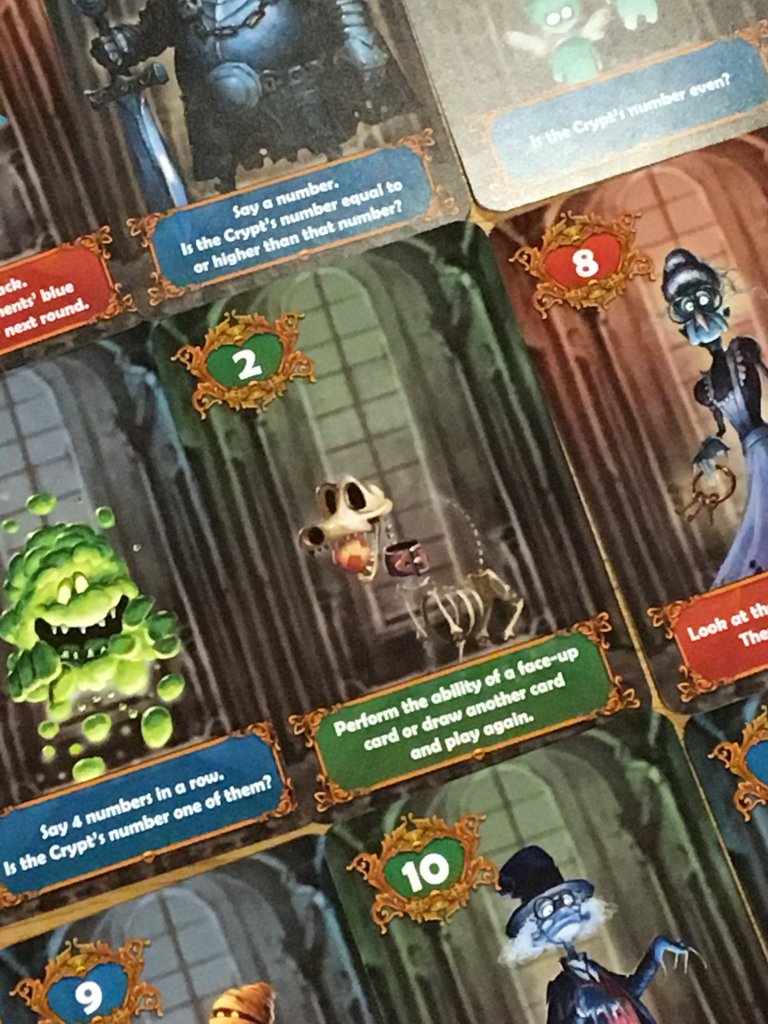 13 Ghosts is by no means the most sophisticated game, but with the right audience (which should consist of either young or drunk people) it’s still a good laugh. It is truly a micro-game, so it offers limited depth and replayability, but it is also extremely quick and very easy to teach. I played it with adult friends between turns whilst playing longer games and I also threw it on the table after a few drinks — before everyone got so drunk that they wanted to play Cards Against Humanity (again). 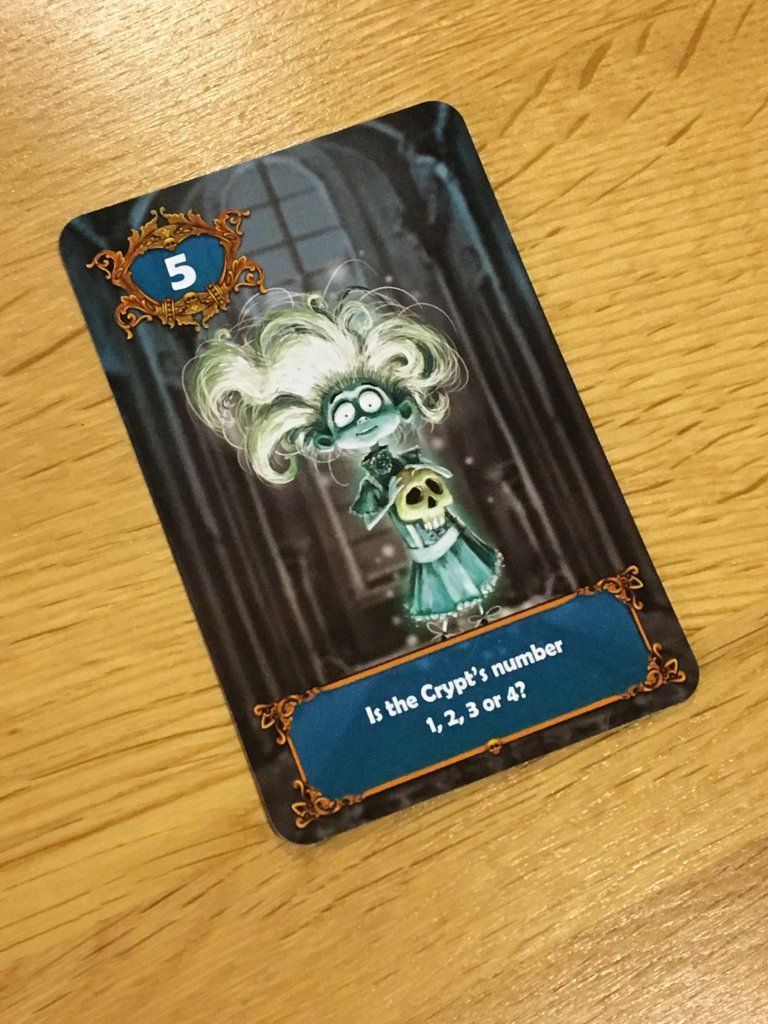 Clearly, the target market for 13 Ghosts is kids and whilst my opportunities to test it with them were limited (one of my daughters tried to eat card number twelve), I did have a game or two with my godchildren, who were six and nine. Both of them really enjoyed it and it was a pleasant way to kill maybe an hour here and there. 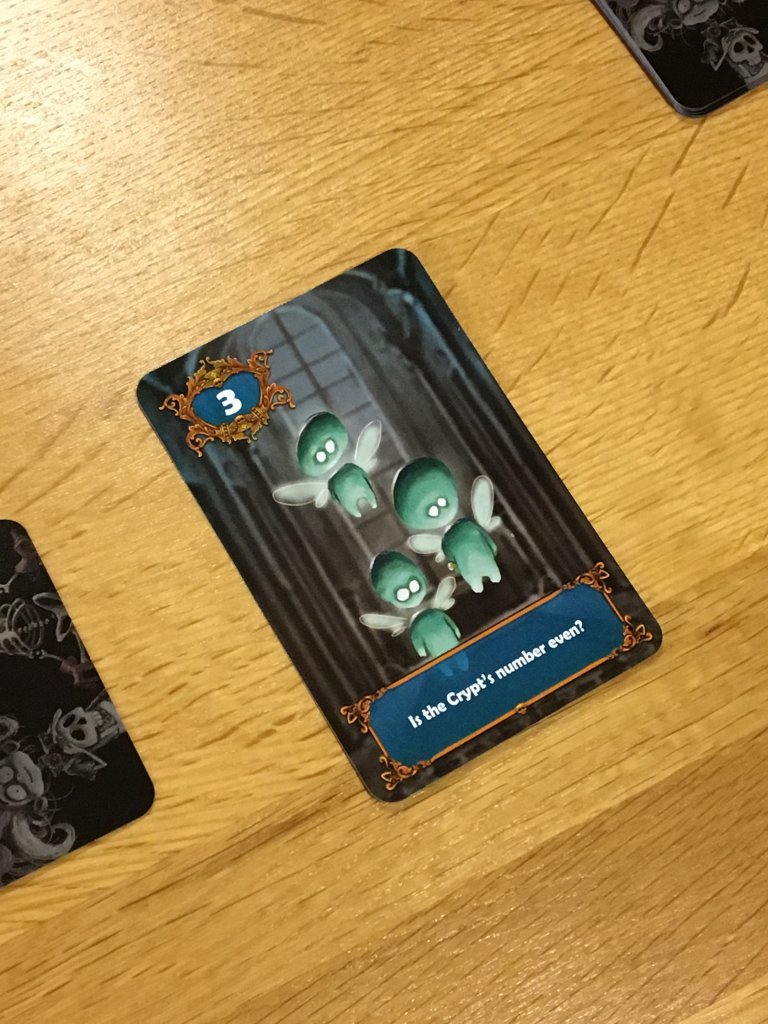 I should also mention that everyone loved the cute, Ghostbusters-style artwork and the overall card quality is high, so 13 Ghosts represents money fairly well spent if you have kids of the right age to enjoy it and/or you’re looking for a light, social game with a bit of deduction and bluffing thrown in for good measure.

A copy of 13 Ghosts was provided by Artipia Games for review purposes. You can purchase it from all good retailers, and Artipia Games website can be found here.