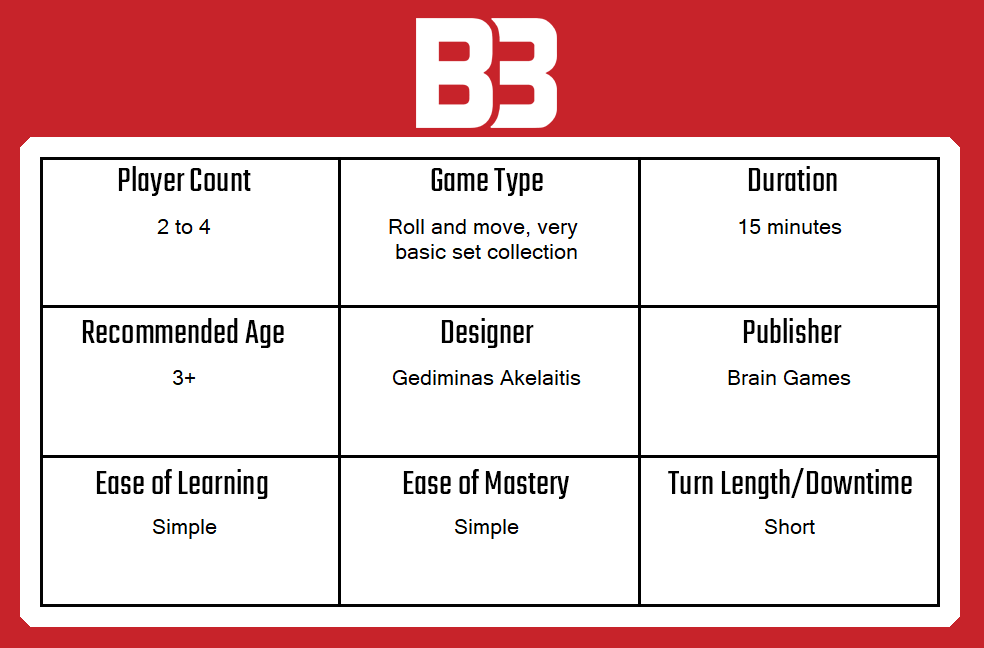 If, like me, you have young children, you may already be looking forward to the day when you can expect them to put up a competent defence playing Warhammer 40,000. Until then, though, you’re going to need to train them in the art of taking turns, rolling dice and thinking tactically.

I first encountered Brain Games as a result of playing Kinderspiele 2017 winner Ice Cool when I reviewed it earlier this year and I have to say, their range of games for young children looks immensely impressive. With so much choice available, my eldest daughter’s love of elephants and playground slides was what swung the decision to look closer at the visually delightful Woo-Hoo! 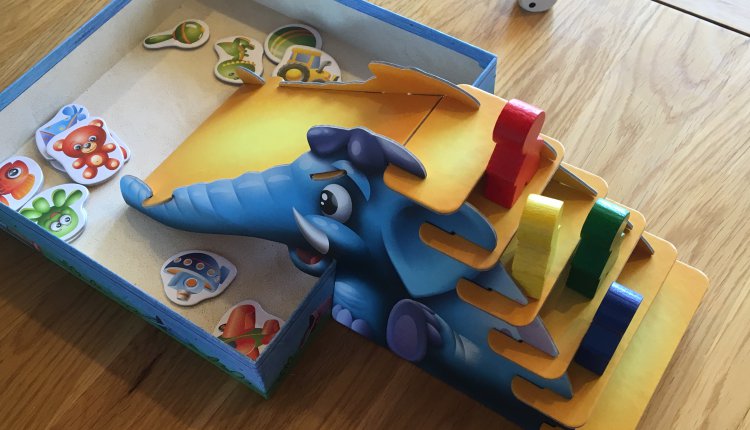 In Woo-Hoo! each player controls a large, chunky (and hard to swallow) wooden meeple, who must move up a flight of stairs before shouting Woo-Hoo! and launching themselves down the slide into the sandpit below. Once there, the player grabs any of the toys from the sandpit to add to their collection and prepares to climb the steps again. The game includes both a beginner and an advanced mode, each of which uses a different die and has some very minor rules variations. In either case, the game is playable by children as young as three, but may not hold the interest of those over about six or seven. 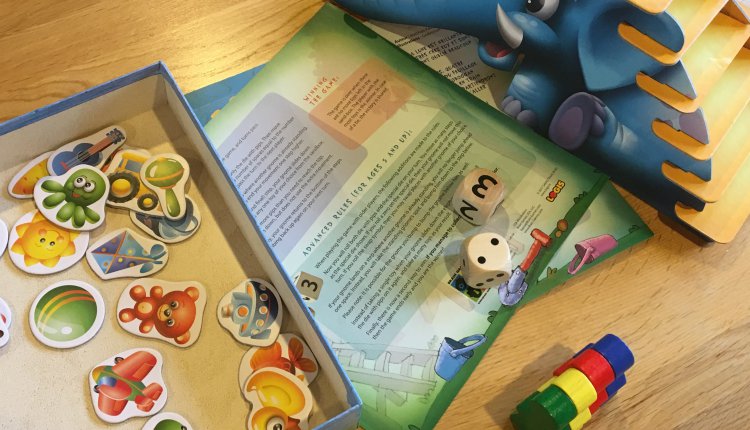 The components in Woo-Hoo! are exactly the kind of colourful, robust and tactile pieces that I think a game aimed at younger children should have. There are several phases in the build-up to playing Woo-Hoo! in my house, the first of which is determining at what time our youngest daughter will be having her nap. During this golden hour or so, my eldest daughter has learned that it’s safe to bring out a game or two. The second phase is when she begins to run around the house screaming ‘Woo-Hoo!’ and making trunk shapes with her hands.

How is this relevant to the components in Woo-Hoo! you ask? Well, the reality is that when dealing with kids of a certain age, it’s necessary to engage them both visually and physically with things that appeal to them. My daughter loves the box art and she loves to roll the chunky dice and build the (fairly) robust elephant slide. She also loves to move her giant, colourful meeple up the stairs, then push it down (whilst shouting ‘Woo-Hoo!’ again) before collecting her toy. Despite numerous vigorous plays and some fairly boisterous misuse, the game has held up well, which has to be a key consideration when thinking about children’s games. All in, Woo-Hoo! is a lovely little package. 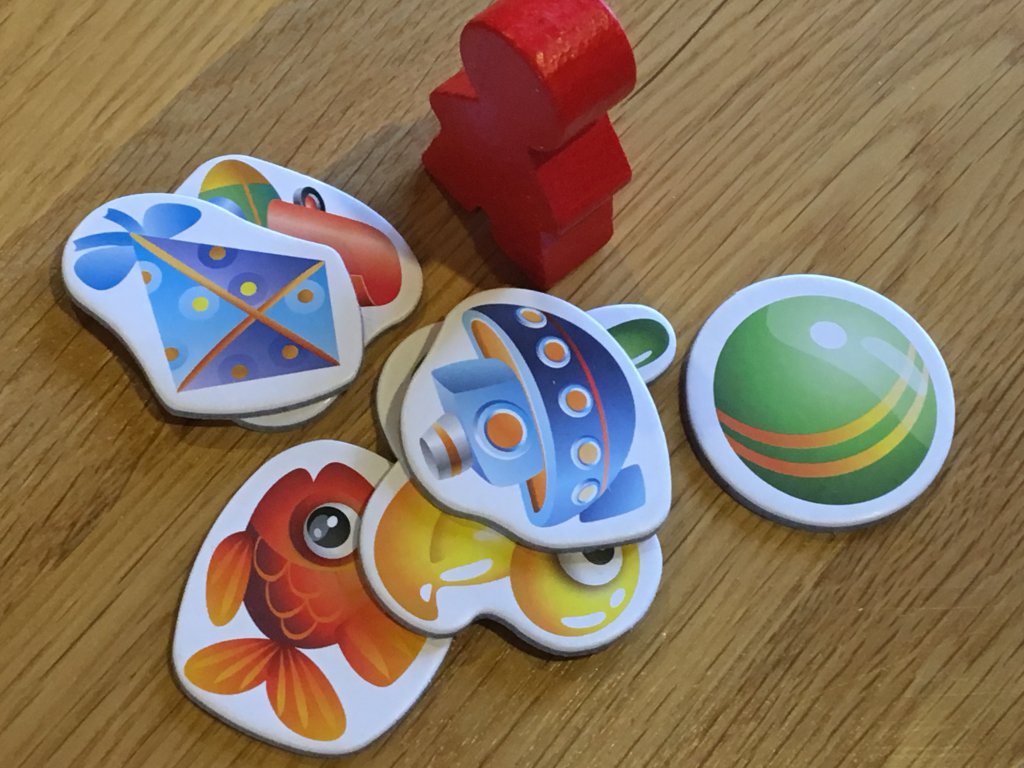 Frankly, every child is going to get different mileage from the structured elements of Woo-Hoo! The basic game simply requires you roll a die (with faces showing one to three pips) and take the appropriate number of steps. At the top of the slide, you slide the meeple down, at which point you can take a toy. The advanced game uses a different die with different numbers and symbols on it, but in all honesty, my daughter isn’t quite ready for that mode yet. Nor is she ready for another advanced feature — set collection — which involves choosing toys of the same colour for bonus points.

In fact, I don’t think that we’ve actually completed a game yet, based on the prescribed rules. We can get through five or six turns, but it isn’t long before steps are being skipped and extra rerolls and turns being had. Policing such chaos can be exhausting for a parent used to following rules fairly strictly, but it doesn’t really matter given that my daughter and her friends are having so much fun. I have no doubt that Woo-Hoo! will deliver upon its intended purpose in time — to teach basic, dynamic maths and counting, to instruct in taking turns and to allow kids to develop an understanding of scoring mechanisms whilst having great fun doing it. 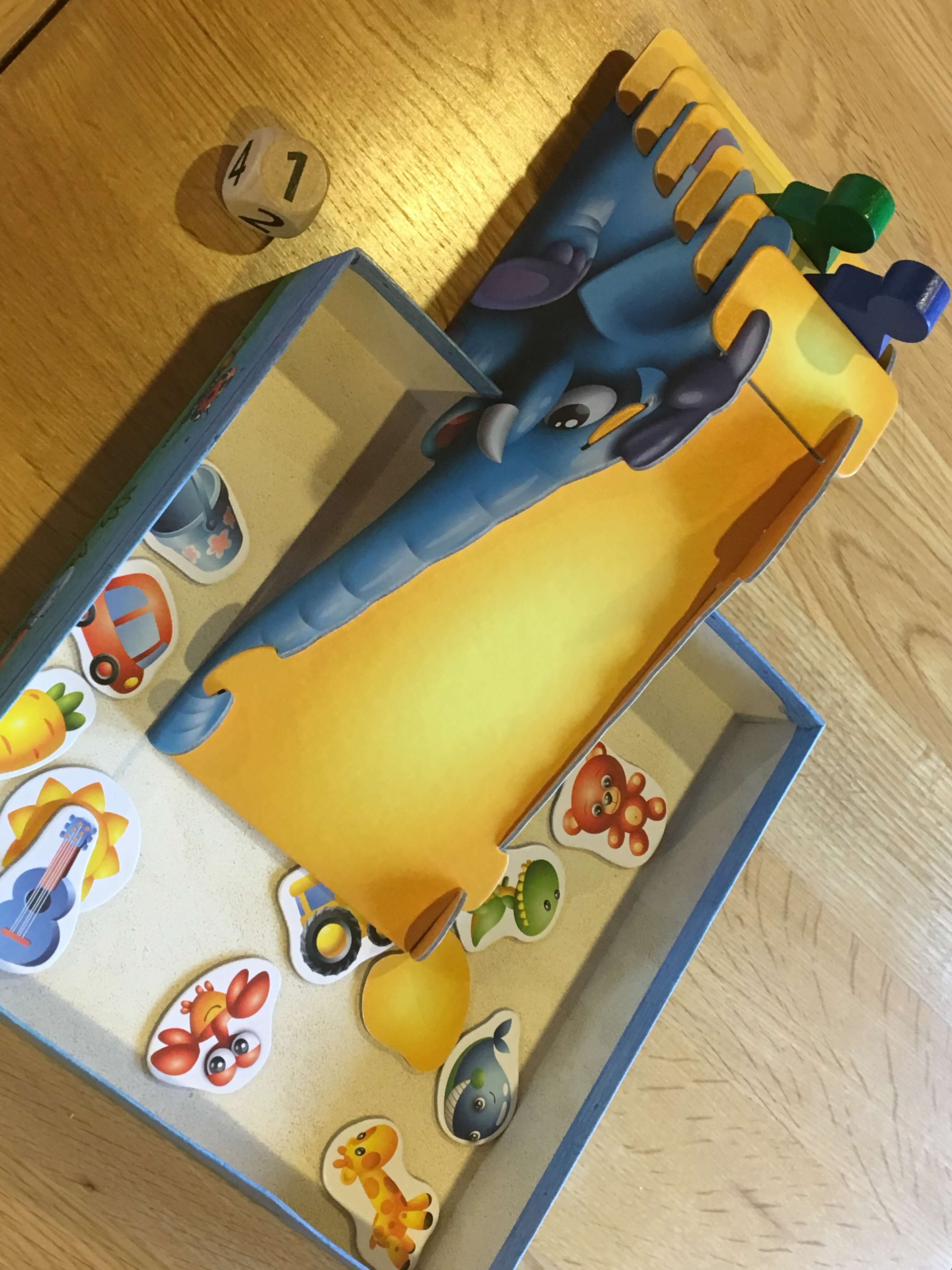 Whilst I fully appreciate that the audience for Woo-Hoo! will be fairly limited to parents of young children, it shouldn’t be overlooked for what it is. I truly believe that playing games with children is one of the best ways to engage their brains, improve their social skills, enhance technical traits like hand-eye coordination, and reading and counting skills. If you want your child to love games as much as you do (or at least to have a fair chance of experiencing them without having to dive in at the deep end) then Woo-Hoo! is a fantastic way to do it.

A copy of Woo-Hoo! was provided for review purposes. You can find out more about it on the website of publisher Brain Games.