Let me start this off by saying that some things deserve to stay in the past. This is coming from someone who, for the most part, would much rather play twenty to thirty-year-old games over most things these days.

Cast of the Seven Godsends wears its influence on its sleeve and you can tell the devs loved themselves a bit of Ghouls ’n Ghosts. From the default throwing-knives weapon, the silver armour/undressed health system (i.e. you lose your armour when you take damage, then die on your next hit) and simple two-button control system, you could be forgiven for thinking this is a remake. But the differences pop out rather quickly.

You play as Prince Kandar, trying to save your son — and the kingdom of Dareca — from the evil Emperor Zaraaima. Oh, he killed you, by the way, but the titular Godsends resurrect the prince, with certain new abilities. 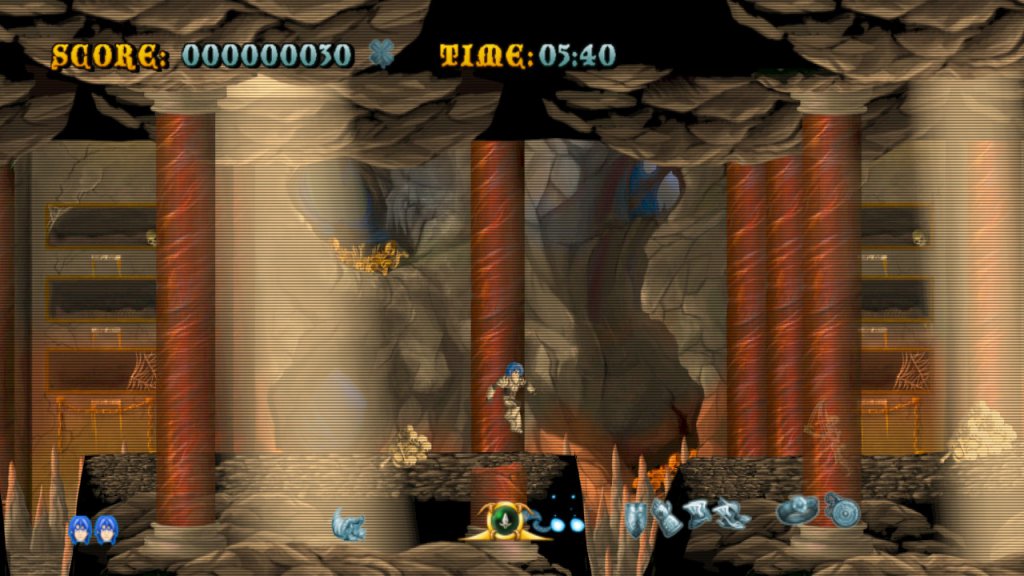 So, you start out running and gunning, taking out a few skeletons, and everything feels rather familiar. You break your first vessel and suddenly, you are in your shining armour — you have to collect your armour first, here. Then shortly after, you pick up a mysterious shining orb.

This is where the Godsends part comes in. There are seven gods, each representing one of seven different elements that change your look along with your weapons. Pressing and holding the attack button displays an icon above your head, scrolling through the elements. Upon release, your character takes on that form.

For example, wind is a white ninja and earth is a hulking beast. These forms, as mentioned, also change your weapon. There are five weapons in the game, each with seven variants, making a total of thirty-five options to use. While in god form you also get a Godsend power which varies depending on your element and weapon. 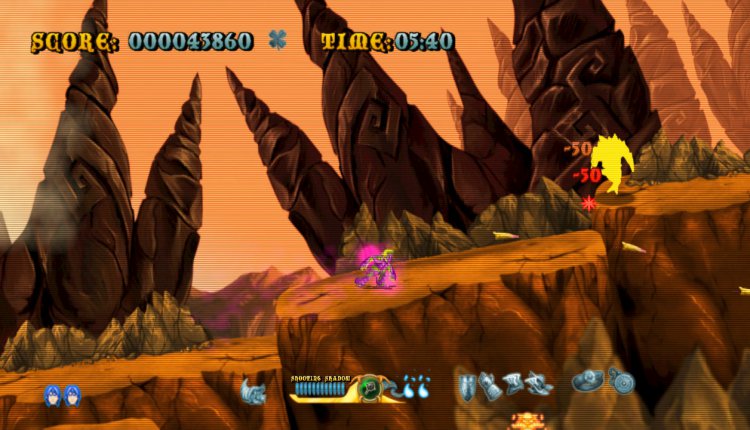 The elements also play a part in how difficult each level is. On the map screen, each level shows the three elements that are strong in that area. So for example, in the snowy level, the fire element would be strong — this changes how much damage your weapons do.

There are seven levels overall and each is split into two parts with a boss at the end. I did not see past level three, but I’ll get to that later.

But that is the game. Run and gun through seven levels, fourteen bosses, and thirty-five powers. So far, So good. 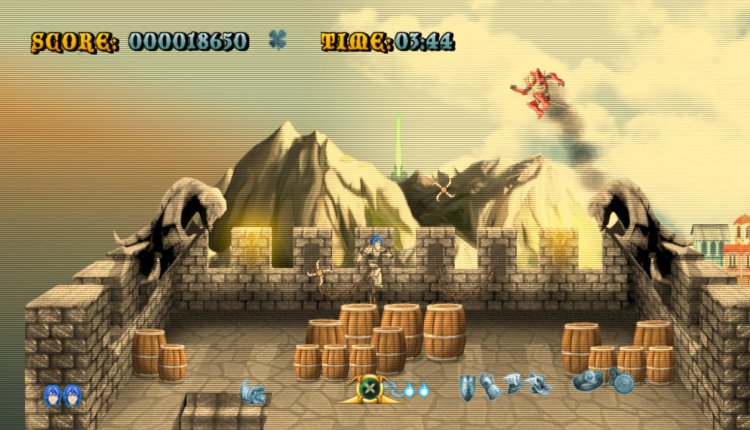 Now let’s get into the meat. This is a hard game. And not the good kind of hard that fans of Dark Souls and Cuphead like to enjoy. This is for a few reasons.

One: lives and credits. Yes, you have a limited number of lives and credits. For an arcade game in the past, this is fine — they were designed to take your money. But today, on a console? It has no place at all. Cuphead is hard, but at least you can keep plugging away at the game, learning the patterns and getting further each time.

This brings me to point two: too random. This is the real killer. Limited lives could be forgiven if you could learn the game. Unfortunately, this is simply not possible, as enemy placement is fairly random: things flying from the sky drop in random places, and on random timers; fireballs have no patterns; and a lot of the bosses do not even have any tells to say when they attack. There is no way to ‘learn’ this game, and that makes the lives issues much worse. 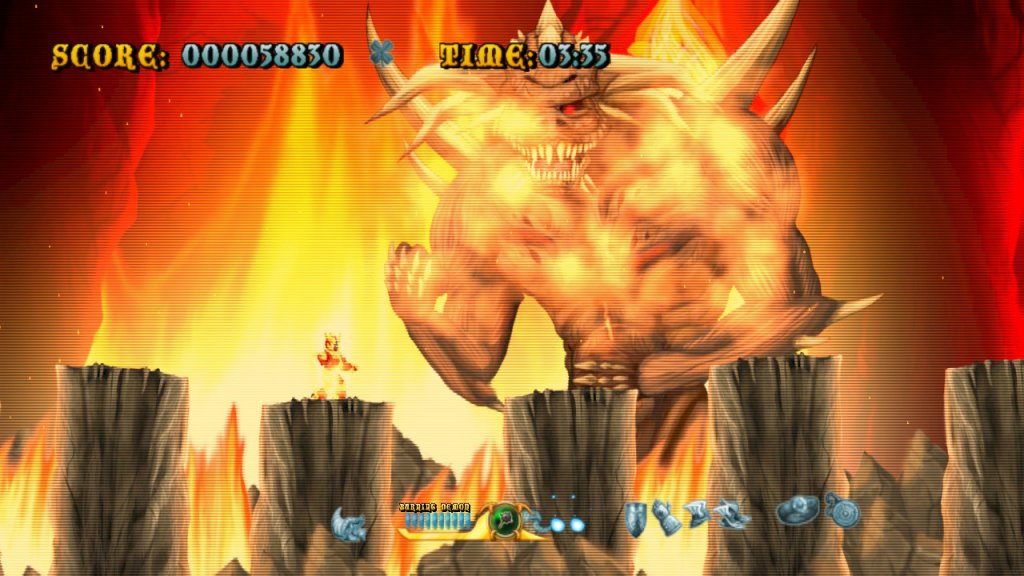 The graphics are also quite odd. They call the style ’hand drawn pixel art’. Sorry, but those two styles are mutually exclusive, and what the game has here is a weird amalgamation that does not capture the essence of either. The worst of this is the world three mid-level boss, which is a screen-talk, devil-looking character. The animation also looks rather forced, similar to what you would see in early flash games, with limbs looking like they are attached by pins to the main body.

I really do hate to bring this stuff up about a game that the devs obviously put a lot of care and love into. But they have certainly taken a few missteps along the way, and I would find it hard to recommend this to anyone when there are many other options available — Ghouls ‘n Ghosts is playable on pretty much everything at this point.

Cast of the Seven Godsends is available now on PC, Xbox One, PS4, and Nintendo Switch.