The Adventure Pals is Available Now on Steam, Xbox One, PS4 and Nintendo Switch

Ride a caffeine-pumped giraffe around bizarre and ridiculous worlds

The Adventure Pals — a silly, ridiculous platformer which feels like the Adventure Time game that everyone wanted — is available now on all major platforms.

Developed by Massive Monster and published by Armor Games Studios, The Adventure Pals channels obvious influences such as Adventure Time, Banjo Kazooie and Castle Crashers to deliver you into a universe with talking rocks, zombie cats and 1920’s villainous bees. Developed as a full production of the 2012 Flash game Super Adventure Pals by Massive Monster co-founder and developer Jay Armstrong, the game’s blurb should give you a decent impression of what to expect:

Take on the role of a young adventurer as you travel the land and battle monsters aplenty in a ginormous quest to stop the evil Mr. B. He’s kidnapped your Papa and is hell-bent on turning him into a delicious hot dog. But fear not, for you are not alone; you have the help of your best friends, Sparkles the giraffe and your pet rock. 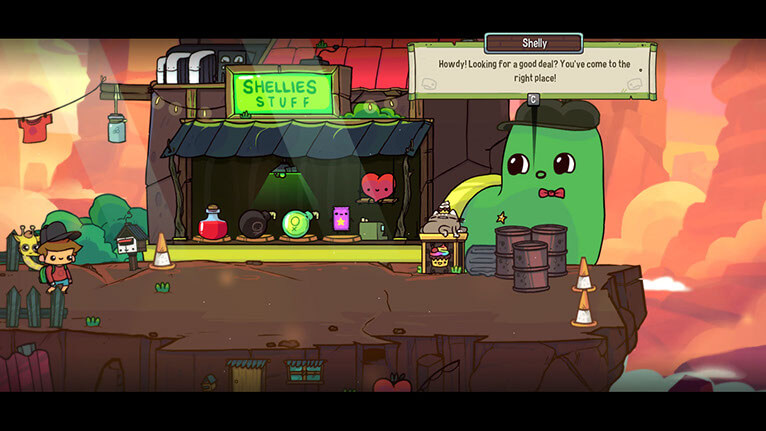 Inspired by classic platformers and cartoons alike, The Adventure Pals combines hilarious characters with rip-roaring platforming and combat. Level up to learn special abilities, throw bombs and whack things with your sword. Find cupcakes to unlock costumes and fill your scrap book up with secret stickers. The game is a mixture of lovingly handcrafted platformer levels, combat focused arenas and RPG-like locations with townsfolk who provide quests, items and other goodies for you to buy to aid you on your journey. Just like your favorite peanut butter and jelly sandwich, The Adventure pals is both nutty and sweet,with perhaps just a little crunch. It is lighthearted, goofy fun no matter what your age.

You can cast your gaze over the Adventure Pals trailer below, and purchase the game from Steam, PS4, Xbox One and Nintendo Switch.