Surrealist adventure game Netherworld by Hungry Pixel has drunkenly slithered its way on to Kickstarter.

Based in the grotesque, NSFW and sinful world of Netherworld, the game will feature the protagonist — an ethereal, octopus-looking thing — as he deals with his wife having left him by partaking in the excesses any jilted ghost octopus would: getting drunk, stabbing monsters and shooting bosses up with assault rifles. 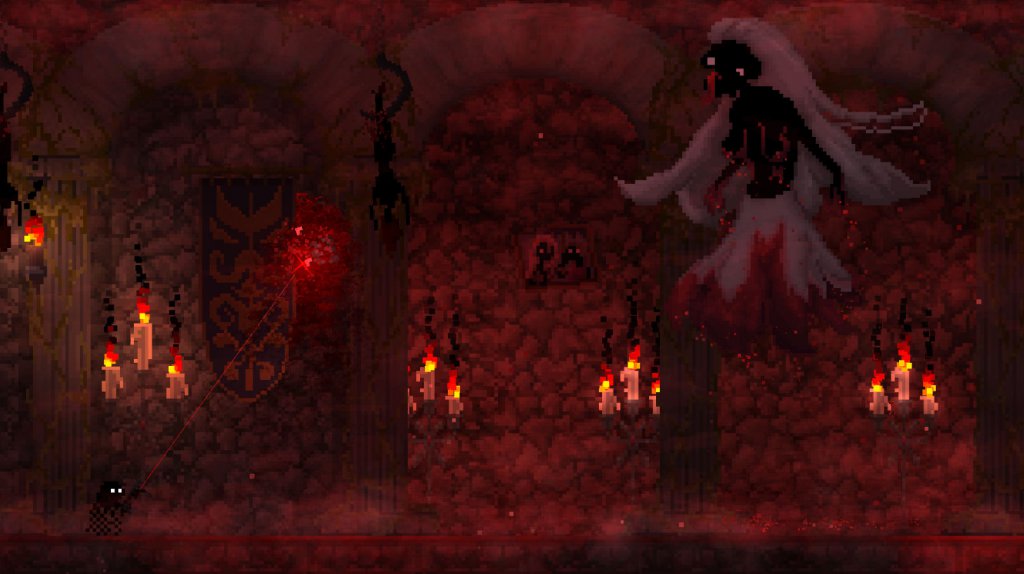 There’s no-one better to describe the game than the developers themselves, so here’s a section from their press release:

NetherWorld is a 2D horizontal side-scrolling pixel art adventure game, with an irreverent and sinister plot. Its protagonist will be involved in a surreal story after being abandoned by his wife and handling his misfortune with alcohol, drugs and lust.
The player will be able to discover the sinister land of NetherWorld; to explore its darkest corners, get along with weird NPC’s, use flames and handguns to battle horrific bosses or just get drunk in a bar.

Dark, bloody and twisted world
Large variety of scenarios
Deep (and surreal) story
NPCs with their own behavior and evolution
Epic battles against huge and grotesque bosses
Tons of weapons and accessories
Humor

Indie studio Hungry Pixel (Daniel Barreno and Isabel Armentero) are seeking to Kickstart their game with €5,000. The funds will fund the remainder of the game’s development and allow the team to polish up what they currently have. Stretch goals include a Nintendo Switch port, proper voice acting, and the capital to invoke The Great Old One from the depths of insanity itself.

Netherworld is on Kickstarter now until March 20th, you can support and back them here.