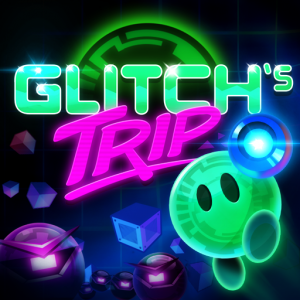 Guide Glitch through 100 levels split over four environments in this wonderful neon journey.

The funky music and Puppy Games style hot neon are a fantastic combination with the platformer genre; I’m surprised I’ve not seen if before now.

There’s some mechanics that the greenlight page doesn’t do a very good job of explaining, something interacting with the objects to change the game’s perspective, and also the orientation of the character. The latter makes some sense, as parts of the video show the character flipping up to stand on the ceiling after an impact; however the alteration of viewpoint seems a tad odd a mention… I guess we’ll see what exactly that means in a short while, as the game is currently (at time of writing) already in the top 100 games on Greenlight.

Glitch’s Trip is currently listed for release on Windows PC, Mac & Linux at some point in 2017.