Urban Strife could be the best turn-based, squad-based strategy game for years

Society has broken apart into gangs and pockets of survivors. Urban Strife starts you off freshly rescued from a near-fatal crash and challenges you to save an ailing, failing community of elderly survivors from the wandering undead and the scheming factions of a Southern US backwater town.

Zombies in games have almost become a joke over the years, passing saturation point a decade ago and yet still finding their ways into every other game. It means that games have to really stand out in order to pull it off, juggling new ideas to stop them from dragging the whole thing down. Interestingly the team behind Urban Strife, a turn-based, squad-based strategy title, seem to have actually looked to the past in order to create their game.

Turn-based, squad-based strategy games don’t come around very often these days, and when they do they tend to either pang of a craving for simpler times, attempt to pick up where a previous IP left off, or simply fill the footprints of previous games. That’s tough, because aside from the tactical efforts (Broken Lines, Partisans, Desperados III) the ones that dabble closer in the RPG sphere can’t, for the most part, translate into modern times. There’s a special place for the games that did go there previously, Silent Storm, Jagged Alliance, Freedom Force and even Fallout Tactics… they balanced action, strategy and RPG elements without dipping into the tactics of Commandos, or the RPG of cRPGs like Baldur’s Gate. It was a strange space, in a strange time, but there’s a lot of people out there with fond memories of that pocket of games — myself included.

Refreshingly, from what I’ve played of Urban Strife (which featured in the recent Steam Next Fest event) it’s already managed to hammer in the strategic gameplay of the genre. With vertical play, sensible cover options and a decent overwatch system already in place. Within a short moment, you’re already up to four characters to control, with the vast (potential) battlegrounds littered with tonnes of interactive points and obstacles. In fact, there wasn’t a screen in the game where there wasn’t at least a dozen viable points for looting or cover shooting. 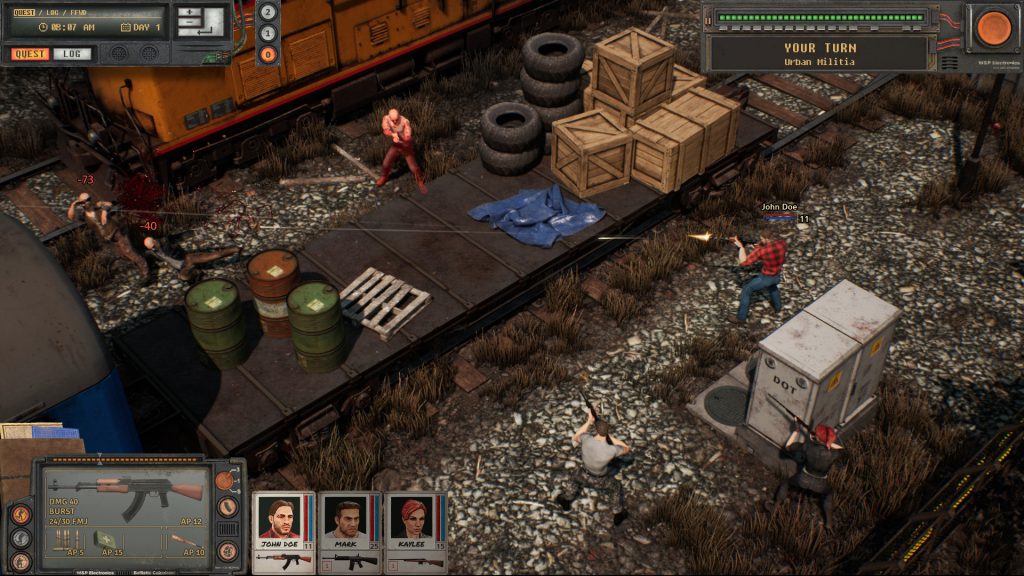 While the demo lacked the ability to upgrade the base camp, it’s a very interesting offering, especially with the limited resources of the post-societal world. Zombies don’t even serve as a major presence in the early game, with the first mission taking you to a rundown neighbourhood that features a local, Roman-inspired (Fallout: New Vegas fans take note) gang who are about to put one of your potential teammates to their death, and scavengers rummaging through trashed houses.

That one mission gives Urban Strife a very strong starting point, demonstrating that positioning, prioritising and even diplomacy have a place in its world. It might lack the punchy start of games like Jagged Alliance 2 (where you’re dropped into an occupied village), but it shows an impressive potential that I’ve not seen in other attempts at the genre recently — and the optional fights do a great job of showing how easy it is to bite off more than you can chew. It actually made me almost completely forget the tutorial, which introduces stealth, takedowns and how easy solo zombies are to beat — it also introduced a major threat: the temptation of looting an area while it still has aggressors in it. Spreading out and having your characters rummage through chests and car boots at opposite ends of the map can put you on a really bad foot when somebody with a shotgun rounds a corner, snapping you out of real-time mode and into turn-based, action-point based combat. 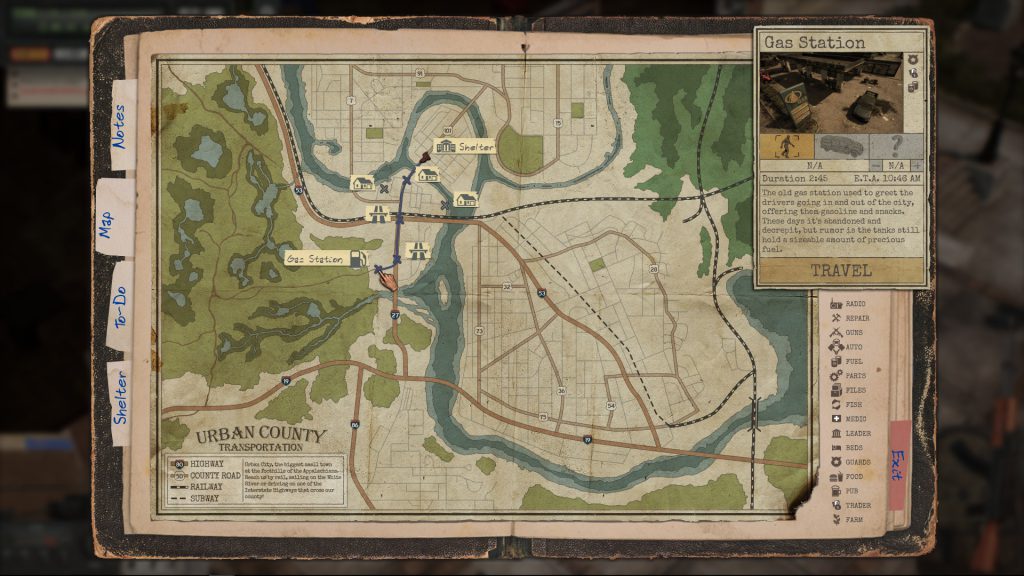 I had an amazing time, but a couple of areas of Urban Strife still feel like they need work. Legacies of earlier games of this type shine through, and that reflects in things like the UI; At current it’s hard to see the ‘optimum distance’ for a weapon, for example, which is a major factor in combat (more so than the limb targeting feature that’s included). The writing and characters also feel like they need some work, leaning perhaps far too heavily toward stereotypes rather than rounded characters… time will tell with that one though. One area where it could also improve is by solving an issue that’s been present in the space for a long time though; moving multiple units while in turn-based mode. When you have units that are quite spaced out and you want to close them in on a central location you need to wait for each one to finish playing out its animations and movements before you can send another unit, even though you can select them. The mechanical reason for this is due to variables like interrupts/overwatch, but it can really drag out turns when you’ve got a handful of characters who simply need to close a space across combat-free space. ‘Speeding up turn-based games’ is a weird concept, but doing this could remove some of the waiting time between players sending actions and could help Urban Strife stand out more than it already could.

Base-building, zombie fighting and alliance brokering are all things that have been covered in games of this sort before, however, there’s a background feeling of volatility and suspense through Urban Strife‘s maps, and if the developers can keep that feeling in place throughout the entire campaign then they are definitely onto a winner. Especially if they can bring in the inter-team bickering and character development of other games.

Urban Strife is currently in development for PC, it’s currently expected to launch next year.