Chivalry 2 is everything I hoped and more

The Age of Chivalry — so-called because it was alleged to be an age of gallant knights, fair ladies, piety and enlightenment — was anything but, if Torn Banner Studio’s Chivalry 2 is the high watermark. This superb multiplayer fighting game is the perfect antidote to Call of Duty Sequel Number 20, and it might just be my favorite game for years.

With my sixteen megabyte internet connection, online play isn’t something I can engage in often, but fair play to Torn Banner, Chivalry 2 plays flawlessly and I haven’t been kicked out once in over 50 games. Even more of a technical marvel than this is the fact that Chivalry 2 supports either 64 or 40 player online games, most of which feature, at worst, four or five AI-controlled bots.

That often means 64 players doing bloody, brutal battle in the (mostly) large, objective driven maps that tell the story of the rivalry between the blue and white Agathian forces and their arch rivals, the red and black Mason Order. Perhaps twenty or more years ago when I was playing Warhammer on my table and Medieval: Total War on my PC, I often imagined how exciting it would be to see large-scale, medieval (or fantasy) battles played out in first person — and now I know. 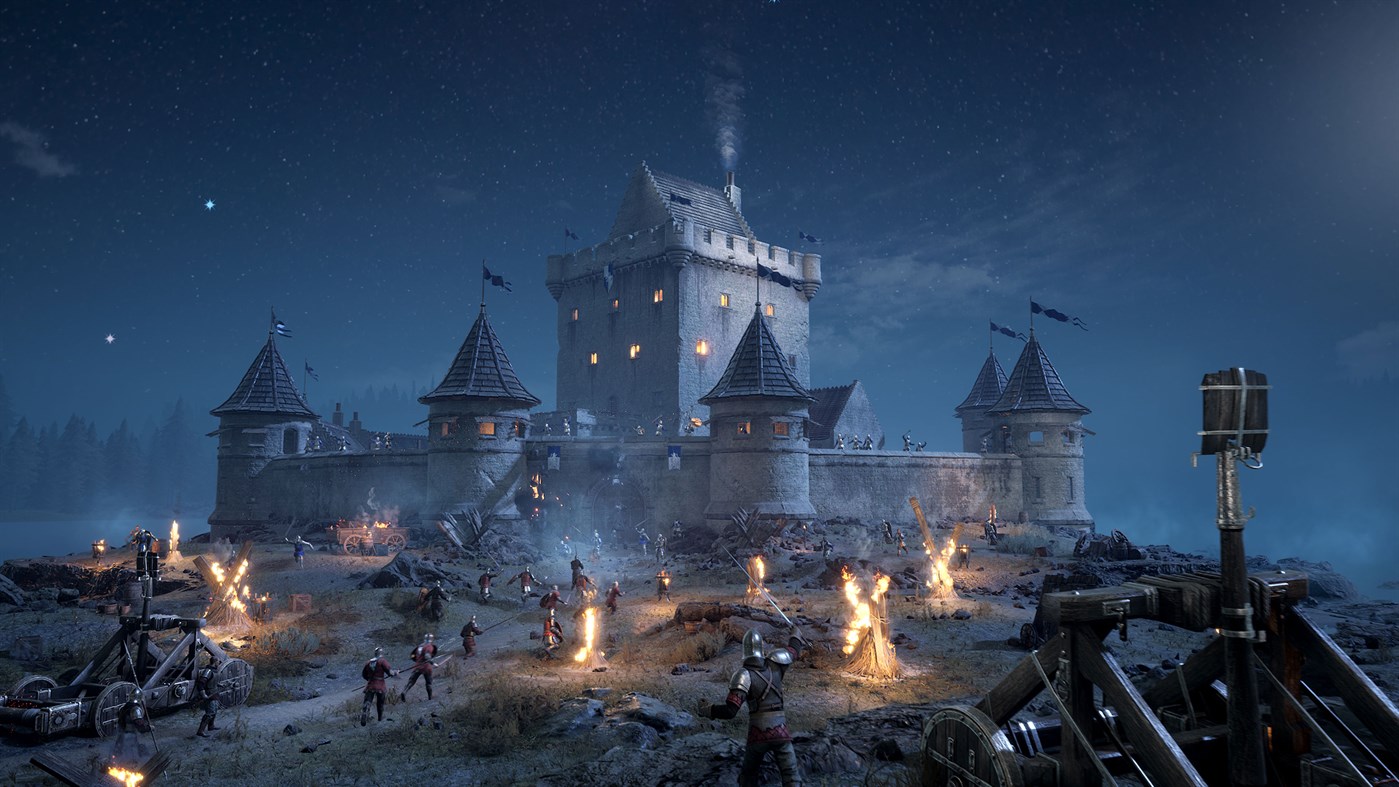 Chivalry 2 is just incredible. It looks very good for a lowish budget game, the maps are all brilliant besides two which are just “good” and the combat is deep, strategic, heart-pounding and so, so visceral. In so many games, the lines of battle are drawn up, an AI character gives a rousing speech and the two sides — 64 human players — charge at each other automatically until at the last moment (maybe two or three seconds from impact) control is given to the players and the two sides smash together with arms, legs, heads and gore flying everywhere.

This doesn’t only look fantastic (albeit exceptionally gruesome) it also sounds unbelievable. On a decent set of speakers you’ll hear the rousing cries of your teammates beside you followed by the crunch of the melee as the two armies crash together. Shields buckle — audibly and visibly — under maces, axes swing overhead and remove limbs and heads are crushed beneath poleaxes.

Among this visceral slaughter there is some – necessary – humour. Have your arm chopped off and “tis but a flesh wound” will appear on screen, with some characters then shouting Python-esque threats about kicking their opponent to death. More “medieval” humour comes from the interplay between the knightly classes and the bowmen, who are portrayed as cowardly weaklings (who are actually very effective).

At first, I felt some of this actually detracted from the seriousness of the action on screen, but the more I played Chivalry 2, the more I felt that it was necessary to keep the game interesting and fresh. After all, this is such a bloody, brutal game that even I found myself occasionally reeling from what I was seeing on screen.

Concept, brutality and comedy aside, the more you play Chivalry 2, the more hidden depth you reveal. There are eight maps to play through, and whilst standard team deathmatch is the main focus of two of them, the main game is centred around various objectives. These may include rescuing prisoners from the enemy and then fighting back through it with your rescued champion, or various takes on siege warfare, but all feel unique and interesting to play. I don’t think there is a single duff map among them, although as I alluded to earlier there is one (Tournament Grounds) that I like less than the others.

As you push or defend your objective, you’ll have five classes of combatant to choose from, and within each class, there are three specialisations. Among these, there are archers, men at arms, polemen and knights, and various different loadouts and health combinations that each present very different ways to play. Even within their own respective classes, a longbowman and a crossbowman play very differently, as does say a man-at-arms and a siege engineer. 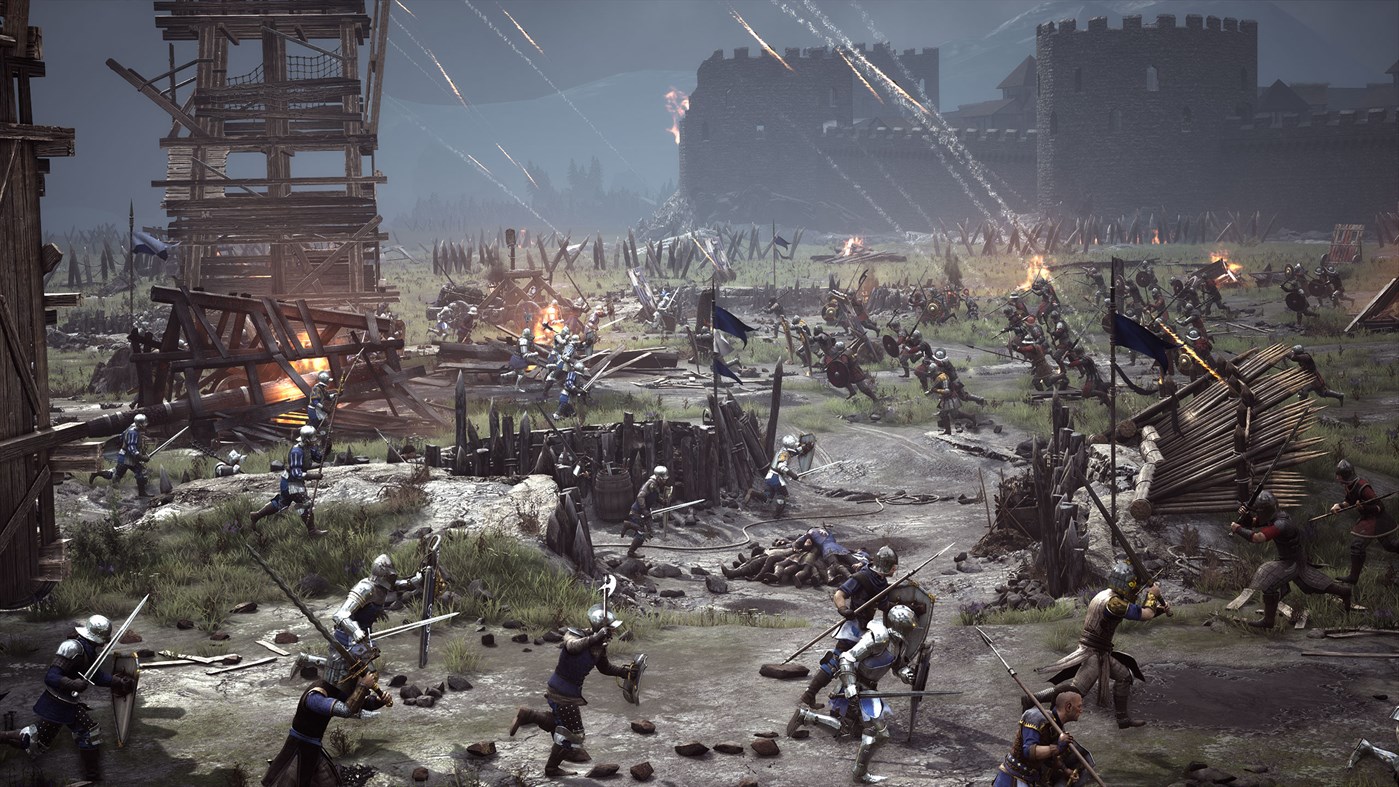 Players will need to make best use of these classes to take advantage of the rapidly evolving battlefields. Sometimes, a poleman can be a superb choice if your side has a robust wall of knights for you to fight behind — because the long jabs of a poleaxe can reach over them. On other occasions, if the battlefield is wide, any bowman can really excel, edging around their own line of battle to pick off enemies that might be retreating to apply a bandage or even to soften those charging to join the fight.

When it comes to close combat, no game I’ve played does it better than Chivalry 2. An exhaustive tutorial system teaches the player to centre their crosshair on the enemy weapon on the downswing in order to block and parry — giving you a moment of initiative with which to strike back. Players quickly learn that swords or axes will tend to beat a polearm in single combat, but a fight between two well matched players is exhilarating and can last for several minutes before one falls to the other, or a passerby decides to end a mutual enemy from the flank or rear.

This results in highly adaptable gameplay that I absolutely adore. In one moment I might be an archer with ten kills escorting a wagon that allows me to refill my ammo. On the next respawn, having reached the enemy walls, I am a poleman with a long hammer — specifically designed to crush armour and break the enemies line. Next, a raider who will often launch his first axe into the melee before breaking out his secondary weapon. For the final showdown, I’ll switch to a knight — the only fighter who can take glancing blows from all directions whilst confidently dealing with any single foe in front of them. 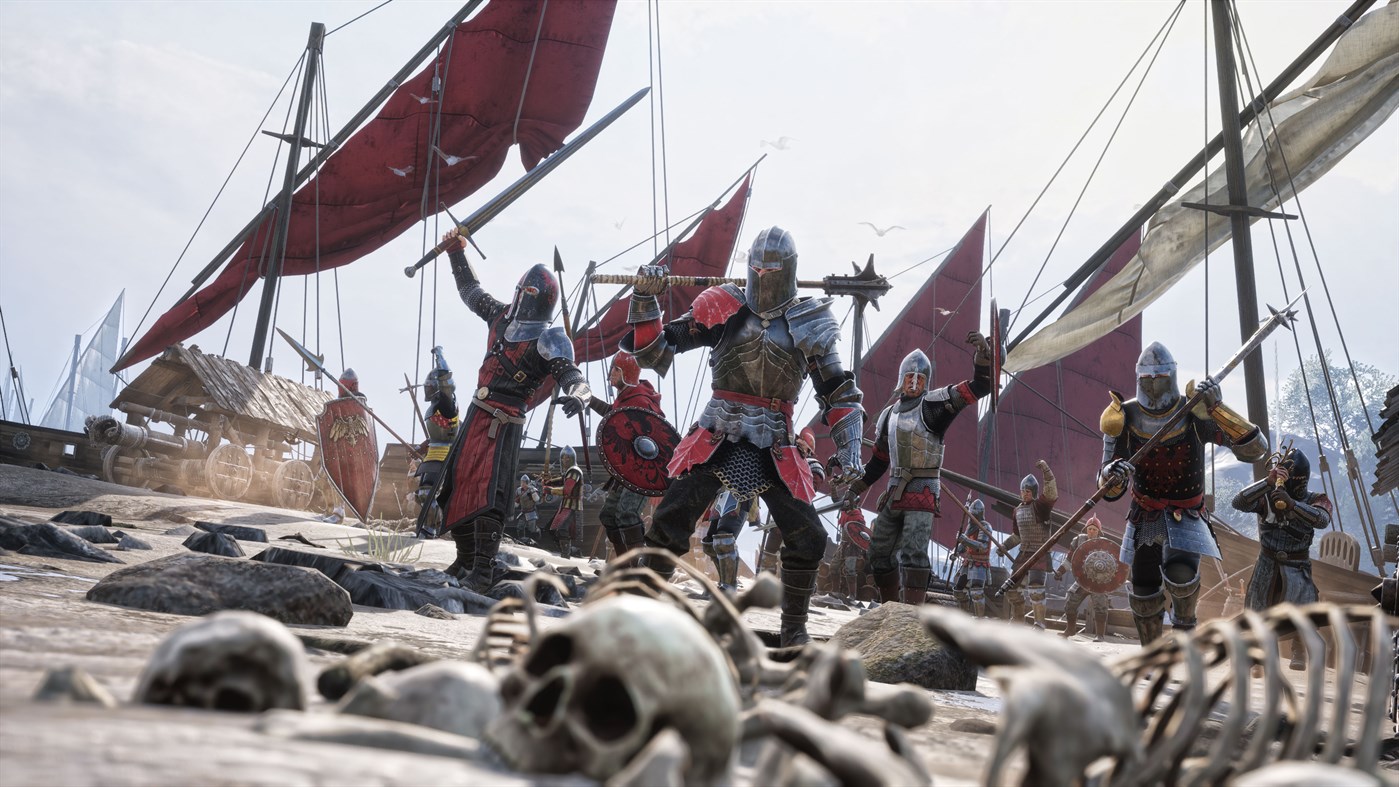 In short, Chivalry 2 is the game I’ve been hoping would emerge for over twenty years now. It’s bloody and brutal, but also funny. It’s exceptionally well made yet it focuses on good maps and solid gameplay, not big set pieces that mean nothing to the player after it’s been shown for the first time. Chivalry 2 gets all the basics right and then it builds upon them with superb sound and visuals, and most importantly, it has just about the best melee combat system I could imagine.

You can batter the walls down on a copy of Chivalry 2 on PC, PlayStation 5 or Xbox One now.

If you are looking for some tips and tricks for Chivalry, take a look at our guide!

Chivalry 2 — Hints & tips to keep you alive on the battlefield