Create your own amusements in Imagineers

In Imagineers, you find yourself competing against other players, trying to create an amusement park that people pay to enjoy! This is a one to four player game, rated for ages ten and up, that takes around 45 minutes to play through — and it’s pretty fun. Actually, Dann said it was the best board game he has played since lockdown lifted, which is pretty high praise.

In Imagineers, you can use tiles to build rides on the map or build up a roller coaster on your own board. Your rides have different categories, based on what kind of ride they are, which attract different people. Red, thrill seeking meeples go on red rides only, whereas yellow are families that go on family friendly rides and blue meeples love water rides. 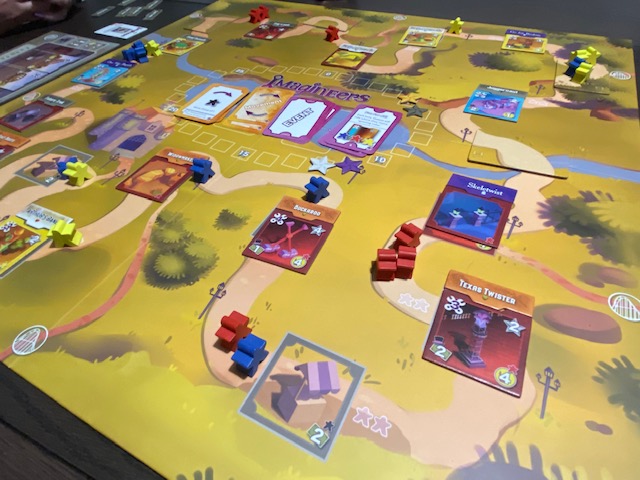 When you have a tile you want to build, it costs you a bit of money from your bank, and then you can place it out along with one of your names. These little naming tiles are super cute and bring a lot of character to each player, as every player has a different theme. I was building a spooky amusement park, whereas Claire was making a futuristic park.

On your turn, you’ll find yourself building attractions, drawing new tiles (which are double sided, showcasing a ride or an addition to your own rollercoaster) and moving meeple. When a round starts, there are some different events happening on the day, like allowing all meeples to ride every ride for example or forcing all players to only move groups of two. Moving meeples allows you to pick groups and divide them around the rides near them, having them ride yours or your competitor’s rides. If a meeple rides your ride, you get happiness and money, whereas if you allow a meeple to ride someone else’s ride, they gain the money that that ride costs to go on. 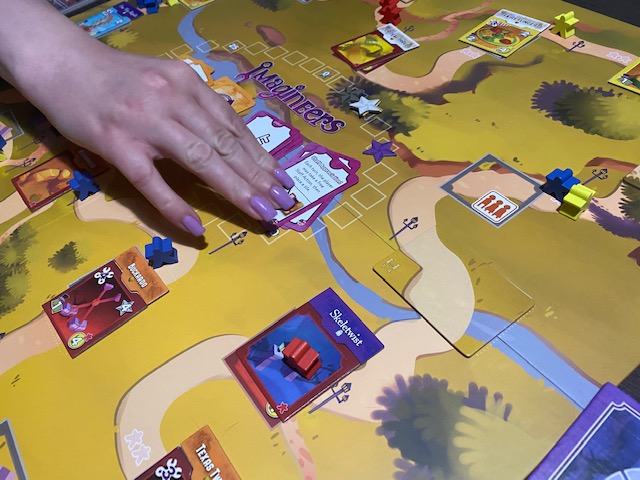 This becomes a big strategy of moving meeple through your own rides or stacking them in paths so that other people can’t use them to their advantage. If you want to mess with people, you can make a mess on their ride, which scatters meeple away from their area until it’s all cleared up. We didn’t use this option much when we played, but it’s a neat concept!

Building up your park and strategically getting people through rides will quickly see you making your way through the board. There is a set number of days in Imagineers, so you will need to keep that in mind when it comes to building your rollercoaster — as any missing bits will result in negative happiness at the end of the game, which is used to determine the winner. And if the board does fill up with rides, you can pay to take down a competitor’s ride, freeing up the space for future use. 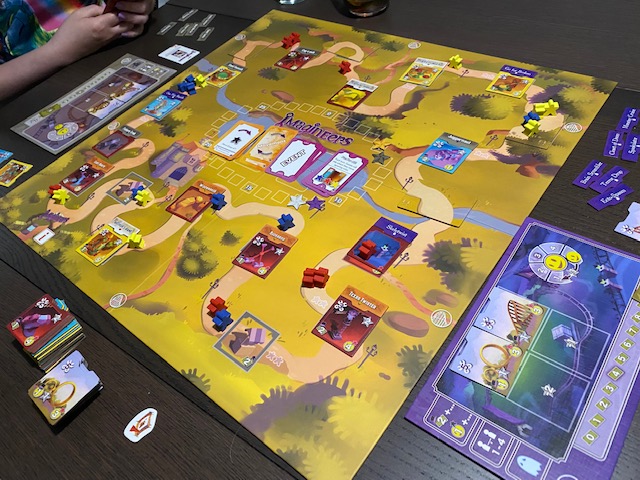 Imagineers is a really fun game — it’s great to see the board fill up with rides and meeples moving around. Though the game is one to four players, there is a solo mode and space for an expansion, which increases the player count. There is a day and night mode for the rides, more cards to make it more challenging, and a lot of fun to be had. Imagineers is a really fun game — easy for people to understand and play with.

You can find Imagineers on Amazon.