The Swords of Ditto — Third Times the…

Defeat the evil wizard Mormo to break the curse, and free yourself from the curse which traps you as the titular Swords of Ditto.

The world of Zelda style roguelikes is getting pretty crowded. Getting noticed can be harder and harder, so how about some hand drawn animations? Well, that’s a far less crowded field with the most notable being last year’s Sundered. To stand out a bit more, how about less gritty and something cutesier? While it probably makes very little to no difference to players The Swords of Ditto was made with Game Maker Studio. In that regard it is nice to shatter some expectations that all things Game Maker are pixel-y and not hand-drawn. That puts it in the same ‘expectation subverting graphics’ bracket as Alwa’s Awakening on Unity, but unless you are a developer trying to choose the best engine for your game, that probably doesn’t matter much. Players, however, want a fun and engaging game. So is The Swords of Ditto just that?

Once upon a time…

So what’s The Swords of Ditto all about? Let’s just mash this down to the quickest description possible. Players start out as The Sword of Ditto, who has to defeat the evil wizard Mormo. You fail, rather easily, and after your death 100 years later “the curse” of being The Sword of Ditto transfers onto a new person. You grab their sword and try to defeat the wizard again. If you know the meaning of the word ditto then you might have correctly guessed that this will occur over and over and over again until the curse is finally broken. 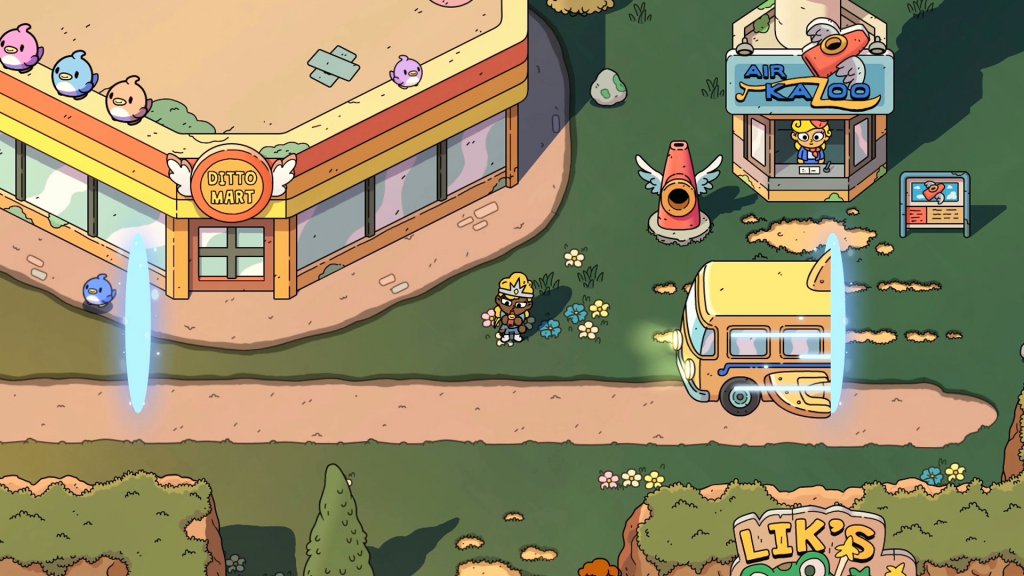 Yes, that’s correct, we’ve got a roguelike on our hands here. When you’re dead, you’re dead, but certain main items are always available to you. There is also a levelling system which carries over from character to character, and that’s about it. Well almost, after a run or two (or many runs, depending on how you play) players can unlock the ability to send some items into the future beyond your normal gear. Did I say that’s it? I lied there is one more and it’s not exactly a popular one…

The mere mention of any sort of time mechanic in a roguelike is enough to get an angry mob formed, one with torches and sharpened pitchforks ready. Bad news angry mob, the time mechanic in The Swords of Ditto is essentially a non-issue.

On normal difficulty you have 4 days to prepare to defeat Mormo. In game time that is something like 48 minutes (although may be patched to a higher number of days). Now, that might not seem like a lot of time, but consider this: time only counts down in the open world. You actually spend the bulk of your time in areas where time essentially stands still. Houses, dungeons, caves and the main town all are “time free” zones. Spend as much time as you like in these places with no ill effects.

That leaves just general exploration and monster fighting (outdoors) to eat into your time. This is where the levelling system actual plays a role too. Some dungeons are level locked. The initial reaction to solving this problem would, of course, be to grind up the levels where the enemies are most common, outdoors. So, in a way, it’s counting on your instincts to just grind it out normally and therefore use up that allotted time. But, if you are just slightly smart about it, you’ll just do so in places like dungeons, where monsters will respawn eventually, and not use up any overall time doing so.

If you do get really hard pressed for time, there is also the option to simply rewind it as well (unlocked at the same time as the ability to send forward non-starter items). In other words, it’s there, but you essentially need to be fairly careless with how you spend your time and where to have it make an impact on what you do. I actually found myself skipping forward in time far more than actually running out of it. 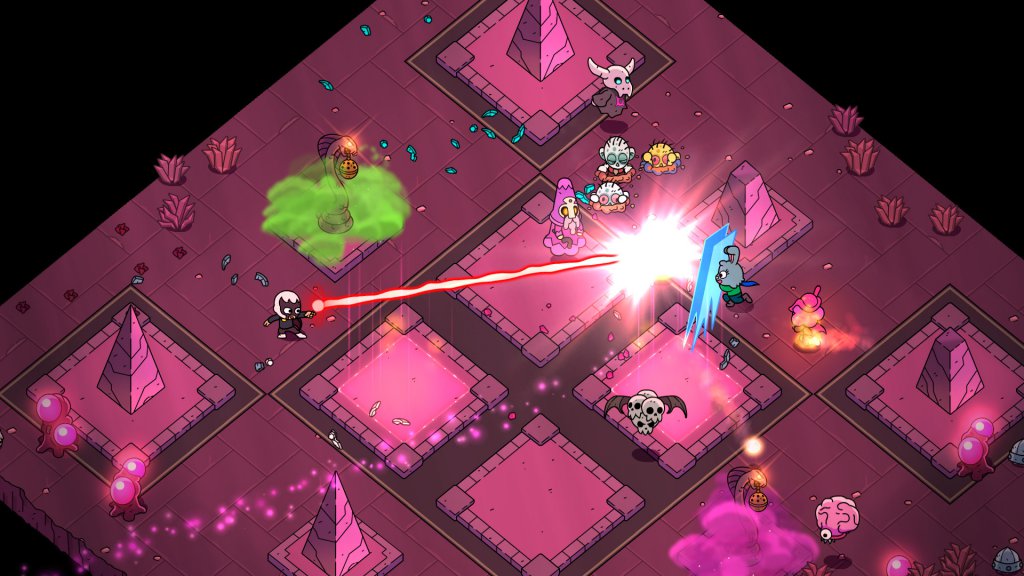 Fire up the reference cannon!

The Swords of Ditto is going to remind players of more than a few other titles out there, the most obvious being Zelda: A Link to the Past. The overworld, the combat, nearly everything in between, will all feel familiar to anyone who has played it. Being similar to a rather cherished past Zelda title is no bad thing though. There are, of course, differences; mostly owing to its roguelike nature. The map and main character are different each playthrough, there’re stickers that add some modifiers to your character and, finally, the aforementioned levelling system.

The changing map layout and cast of characters should help in trying to keep things fresh. In reality however, the only noticeable difference between the different Swords of Ditto is their appearance which shifts between, boys, girls, robots on bunnies and the like. There are some differences in things like HP and items which they may start with, but overall none of them genuinely feel unique. That’s a bit of a downer. It seemed like a good opportunity to vary things a bit with a Rogue Legacy style variety to each character. 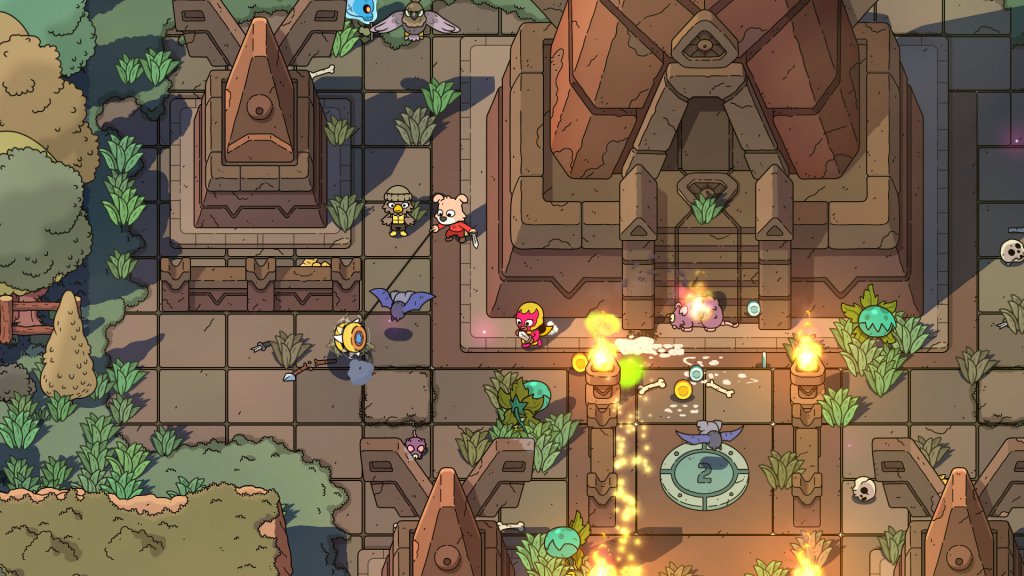 Speaking of Rogue Legacy, The Swords of Ditto does seem however to carry over one not so good aspect and that is the feeling that “advancing” isn’t actually helpful. Rogue Legacy, for all it’s pluses, had a problem where at some point, depending on the players skill level, it just didn’t make sense to continue beating the game. Grinding out all the perks and items at a lower setting just made more sense, and only then finally moving forward.

What does that have to do with The Swords of Ditto? Well, the levelling system gives that same sort of feel, except it’s neigh impossible to stop forward progress there. Levelling does add more HP and opens up more sticker slots, but the world always scales to your level at the start. Because of this, you never really feel like you are progressing in any meaningful way by levelling and, at worst, often can feel like you are just making things harder on yourself, a la Rogue Legacy.

The kicker in all that is that players can’t help but level. The scaling of the enemies is nice as it does allow you to defeat Mormo on the very first actual run through the game. The drawback to all of it though is that it can make it all seem rather monotonous. You’re never ahead, which will make you wonder why you’re even bothering trying to level at all if it makes few, if any tangible differences. Except of course you have to in order to open certain doors around the map. 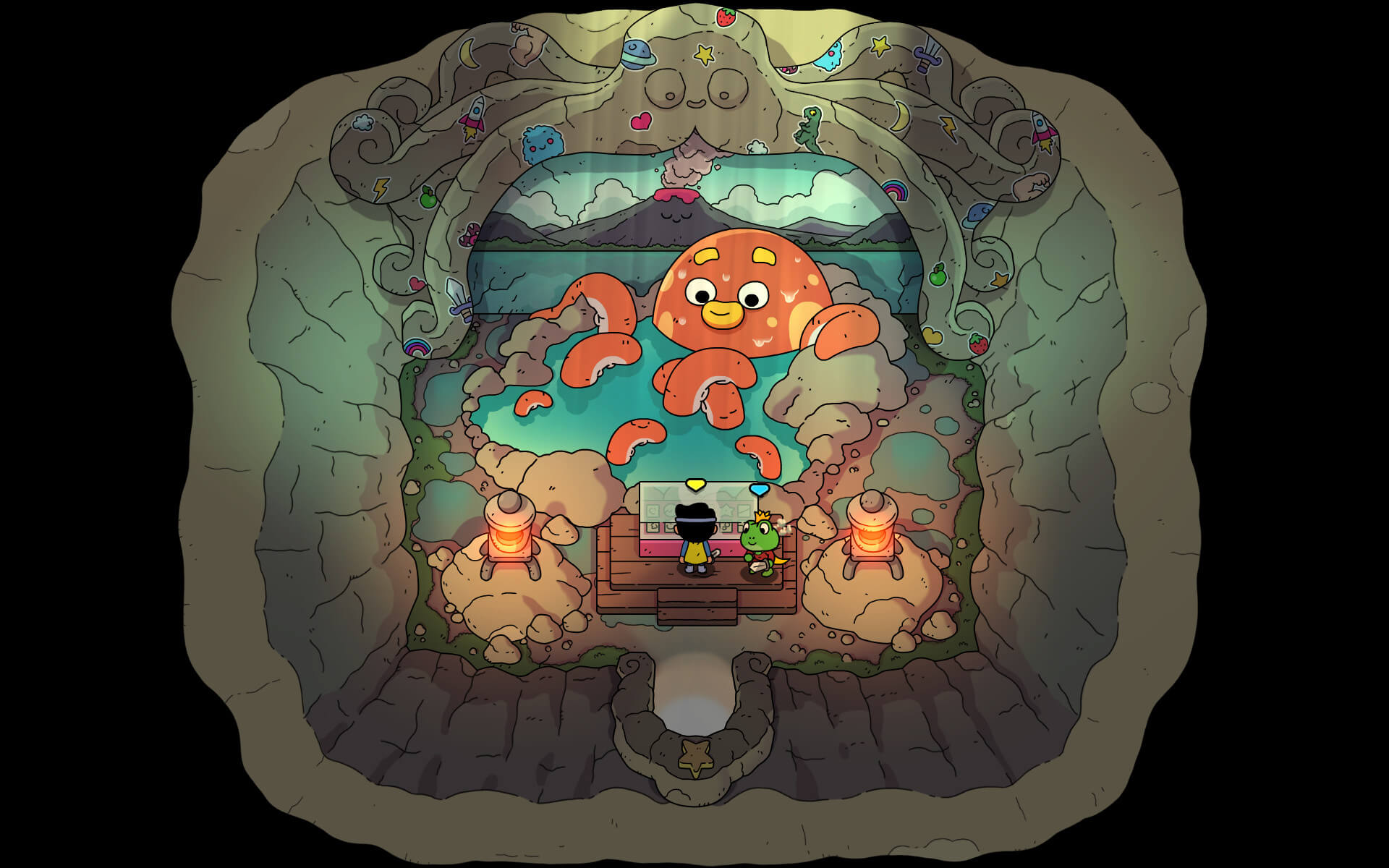 The Swords of Ditto is a bit perplexing to me. It’s a game that contains a lot of elements that I really do enjoy, but put all together it’s something that leaves me rather unmoved. The crux of the issue seems to be in the gameplay loop. It’s simply too long, although yes, you are on a seemingly short leash time wise, what I experienced were runs through that lasted easily between 2-3 hours and sometimes more. That’s not a problem in and of itself, but coupled with the roguelike aspects it all equates to more time invested per instance than I care to repeat on a loop. A roguelike should, nigh, needs to make you want to do it all over again. When I finish a run here I seldom, if ever, even feel like I want to do any of it again. There’s just no real hook enticing enough. While I love roguelike games, it’s exactly the roguelike elements here that turn me off to it. It feels like it would be far more enjoyable as a game like Songbringer, which has roguelike elements, but doesn’t rely on the endlessly long play loop.

Now I did seek out a differing opinion from someone who is endlessly hooked on The Swords of Ditto. The hook for them appeared to be story related more than anything. There is plenty of cool backstory to find here buried away in the dungeons. Whether or not that is enough to keep you playing is entirely up to your preferences in playing the game. While I don’t actually think The Swords of Ditto is a bad game by any stretch, I just didn’t find it very appealing to the repeated play attempts inherently required for any roguelike. Maybe you will?