There are very few games that bring back both the feeling of nostalgia for us old people (pre-millennials) and at the same time the excitement of something new to the genre. Enter Raging Justice.

In my youth, many hours were spent with family members and mates throwing bad guys over my shoulder, beating down old-fashioned bosses and smashing beat-em-up combos with my teammate. This was the joy of Streets of Rage, Teenage Mutant Ninja Turtles, Two Crude Dudes and more. Side-scrolling brawlers gave you the feeling of power, power as you effortlessly toss a bin at your opponent to stun him, whilst your teammate flips them over their shoulder, finishing them outright. It’s a genre which cemented its gameplay into the annuals of gaming history.

Woe betide anyone taking on this genre, as the horde of over-thirtys in the fan-base would come down (and rightly so) on any game with poor implementation, those which can’t even match those simple games from the eighties and nineties, let alone capture that feeling of power in the face of insurmountable odds.

You can imagine my surprise when I recently visited EGX 17 and saw an Indie developer attempting to deliver on this. Many big gaming companies have tried and failed at replicating the sheer joy of those originals, so to see a smaller party attempting to take on the task was intriguing. 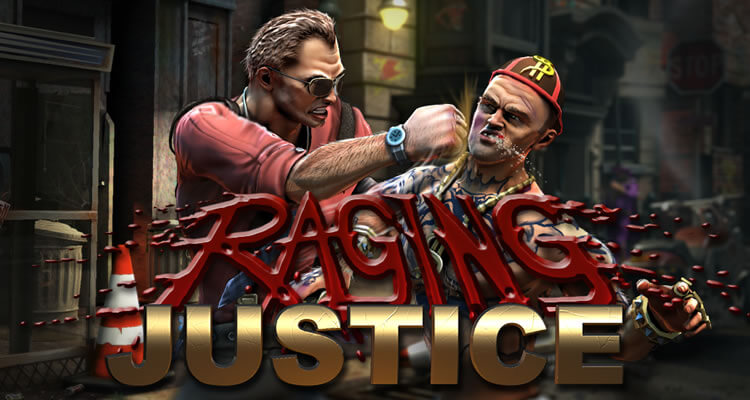 I quickly walked up to the stand, which had both a console version and an arcade version running  — a clever move from the developer. I stood behind a couple who were playing the game and, instantly, I could tell this was something that was different. The couple were soon laughing and arguing after one accidentally threw a bin at the other, dealing damage. This is the core ideal regarding any game, for people to enjoy and get enthusiastic about the game they are playing.

Whilst the couple was happily playing, I managed to chat with one of  the developers responsible for the game. They talked over the highs & lows of such a complex project, bringing on one of those daunting moments which remind you that too often, we the public, take smaller, independent gaming development for granted.

It was explained in detail that the passion for creating the game, as well as doing a normal 9-5 job and looking after a young toddler, often meant extremely long hours and missed time with family. Thrown into the mix was limited resources, and limited finances. One could easily wonder why you would commit to this project at all. The answer is that passion. This was evident in both the developer’s enthusiasm and anxious concern about delivering justice (no pun intended) to the genre. 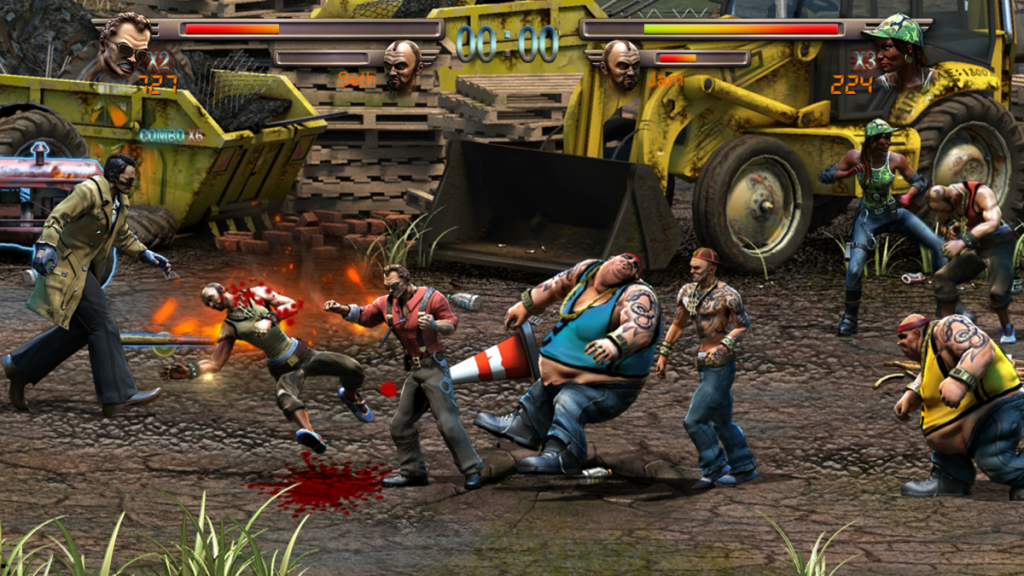 When the couple had finally completed the demo level, they left with a smile on their face bouncing comments of ‘’good game!’’ off each other.

Me and a complete stranger took to the game, and in no time we were working together, talking teamwork, pushing through the demo. The fighting was on par with those rose-tinted memories, as was the sound; Together they brought back flashes of my long-lost childhood. Indeed, it was only the updated graphics which gave me a sense that this was a new game for a new era.

Then the game was over. Far too soon, and like those before me, I found myself smiling from ear to ear and stating the same thing, ”Good Game!”.

If anything can be taken from this, it’s that there is a place for those who wish to push the boundaries and bring back nostalgia assuming they have the passion to do it correctly. 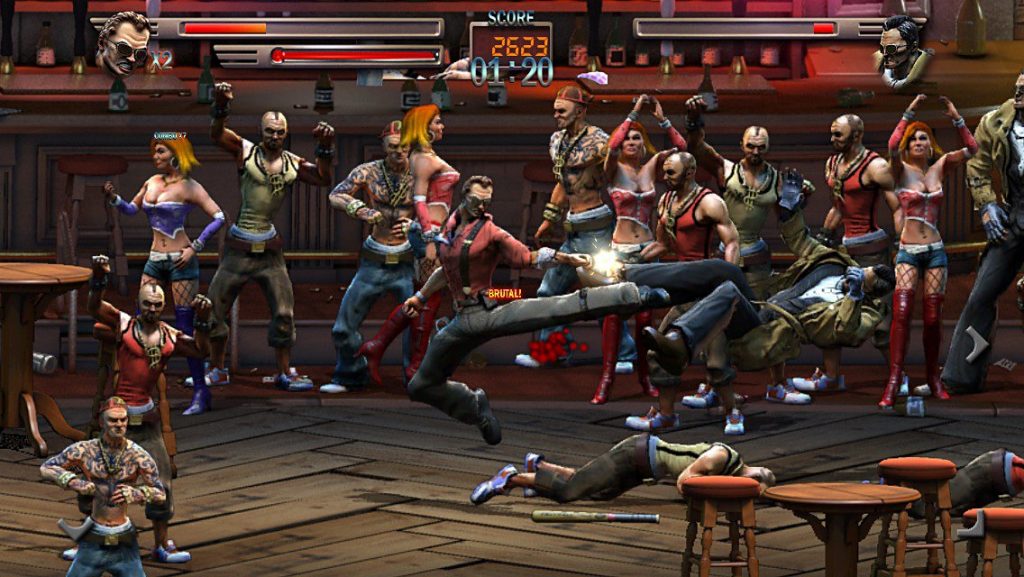 For those who want to know more about Raging Justice, and Developer MakingGames, then see the the developer’s website. The game is a modern take on the 2D, scrolling brawler, and it truly pulls the genre —kicking and screaming— into the 21st century, with online multiplayer, a stylistic stop-motion effect, updated visuals, and an banging soundtrack.

*All media has been callously ripped from the developer’s website