We took a look at The Ballad Singer, which had a unique take on RPGs and gamebooks which caught our eye at the Nordic Game Conference earlier this year.

If you are of a certain age, you would remember ‘’choose your own adventure’ books in their early prime. These adventures — many created by the now infamous Ian Livingston and Steve Jackson — were the cornerstone of many a gamer’s childhood in the 80s. The thrill of choosing your own path, mixed with the constant fear of what may be around the corner, never left you as you progressed. It seems this inspiration has infected Developer Curtel Games, who have taken up the mantle of updating this genre for the modern day era.

The Ballad Singer starts in the wake of a turmoil filled time. It follows on from a time detailed in The Kalesin Saga, and feels like the start of a new saga itself what with with its 4 distinctive characters, 700+ illustrations, 40 different endings and 1700+ fully narrated choices. The game is all about choices, each of which then determined the form the story (and plot) advance.  Much like Livingstone and Jackson’s Fighting Fantasy titles, the game includes permadeath. However, whilst death is final, and each adventurer can live only once, you can choose another character to continue in a world created by their predecessors choice.

The visuals are beautifully drawn, with a warming, recognisable medieval style. It’s profoundly distinctive and memorable. Each of your choices come with one of these highly detailed treats — each similar to fine art, demanding attention.  However, for me, it’s the game’s sound and voice acting which truly sells the narrative.

The Ballad Singer’s smooth-sounding narrator oozes intensity and depth, feeling like a close friend recounting a engaging tale rather than a hired hand. Then there is the subtle but perfectly-pitched music in the background. It creates a much welcome depth which when combined with the voice work and visuals, made my time with it extremely immersive unlike anything I have yet to find in the genre. There is a caveat though, for the best experience, a good set of headphones is a must. 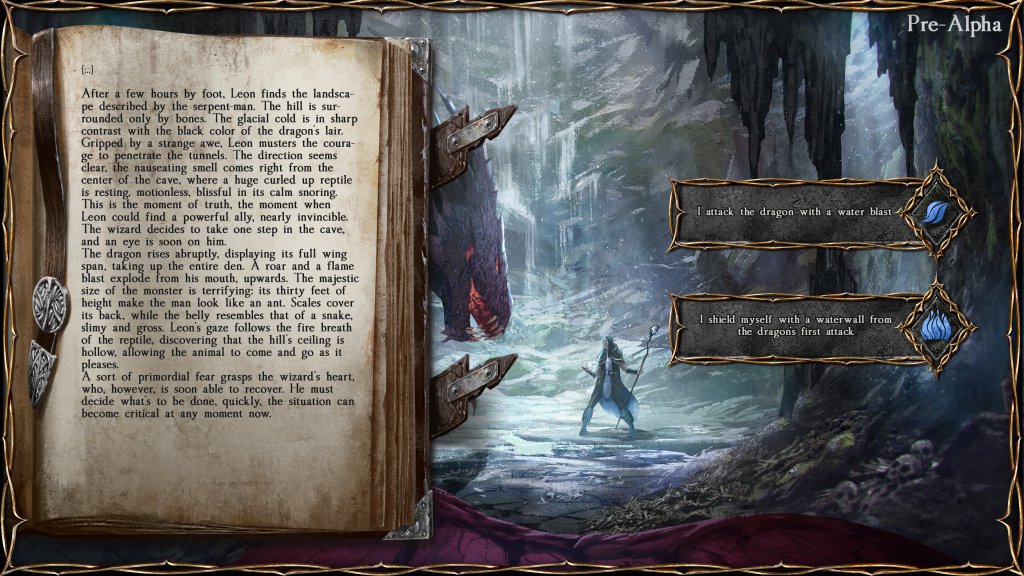 There are many iterations of ‘’choose your own adventure’ games, but these just often replicate the original style of the books with no new innovation. What the developer has decided to do here is create an visual and deep atmospheric experience, not often afforded to the genre.

I really hope The Ballad Singer will do well, as if this can get traction then a new generation of adventurers, will experience the thrill of their own meaningful choices being played out from a concept that is almost lost to time.

If I can leave you with one sentence describing my time with the demo I played, it is ‘’I wanted to take this game home, put on some comfy clothes, jump on my sofa and lose myself within the adventure that is The Ballad Singer’’.

The Ballad SInger will be available on Steam for PC & Mac in November, you ca find out more about it on the game’s website: https://www.theballadsinger.com/