Go Heroes: Prometheus has you steal the fire of the gods in sliding, slot puzzles

Steal the fire of the gods in Go Heroes: Prometheus, a puzzle game with a fantastic, mythological setting and pace.

There’s a direct correlation between mechanics and pacing in the vast majority of puzzle games — a genre where players are normally taught through repetition before the game moves onto the next new trick. Go Heroes: Prometheus’ box of tricks is deliberately kept slim and sleek, which encourages players to push forward at great speed between obstacles. This gives a feeling similar to that of a pulp adventure film: a bolting run brought to a screeching halt at the entrance to a new room.

Snakes, fire-traps and spinning blocks were the tricks for Prometheus to avoid; sliding puzzles, levers, and short-distance fetch quests were the puzzles in his way.

I was lucky enough to play an event build of Go Heroes: Prometheus while at the Nordic Game Conference earlier in the year. The game’s artist, Vasiliki Tsiftsian, was on hand at the stand to help people through the demo’s tougher parts. We spoke afterwards and discussed the extent of the game. The finished game, which is planned to launch on almost every platform available, will include a little under 120 puzzles, each split across ten chapters. 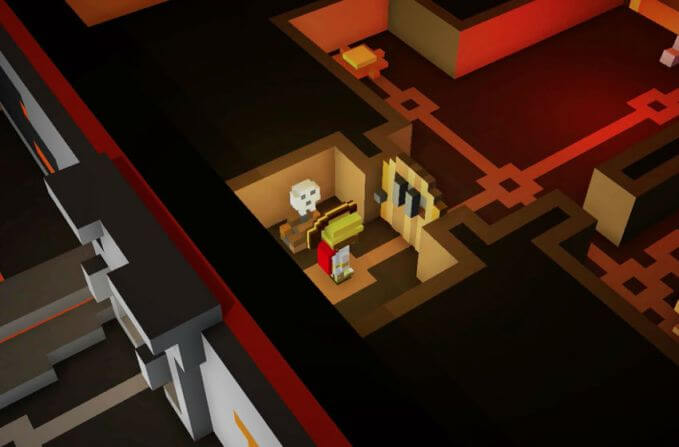 I’m a massive fan of the Go style of games. In many ways they have the feel of a sliding-blocks puzzle and they definitely capture the need to plan ahead that this subset of games does so well. Go Heroes: Prometheus might lack the protagonist of an existing, big-publisher IP, but the decision to focus on a Greek epic feels like the perfect choice. To have a team from Athens handling it also feels quite nice. That said, the game’s origin as a Game Jam winner in the two-day Prometheus Game Jam is also something great to see.

Go Heroes: Prometheus is planned to release on Android, iOS, PC, Xbox One, PS4 and Nintendo Switch. If you’re interested in finding out more about the game, you can follow the developers on Twitter @HappyLand_Ent.