We took a look at Lightspeed Frontier, which boasts a blend of Minecraft and Elite Dangerous as inspiration, at the Nordic Game Conference earlier this year.

For those of you who like creating Lego-style spaceships within a lighter version of Elite Dangerous’ exploration, Lightspeed Frontier may very well be the game to tickle your tastebuds.

Wandering around the selection of indie games available at the Nordic Game Conference showcase, this modular spaceship game caught my eye with its unique take on ship creation, amusing AI and a unique control mechanism. 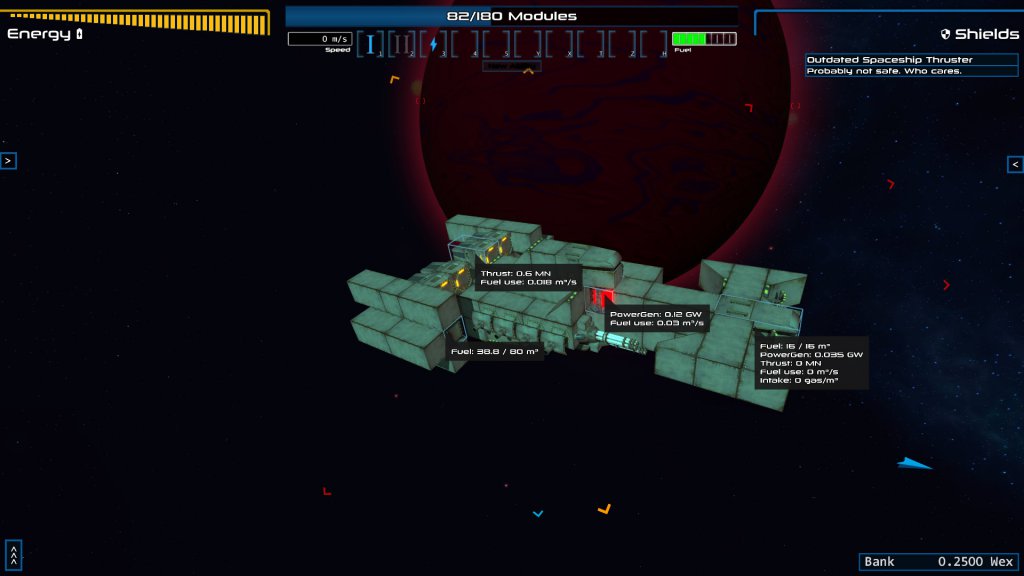 Its premise is to create ships in an instance by defeating random hostiles, creating a new and bigger ship from your enemies’ carcasses, while at the same time enjoying the local stellar/planetary scenery. Adding new modules is as simple as highlighting them and clicking them to your ship. Collecting them is easy and any extra scrap can instantly be transported to your hold with the click of a button.

Another good option is being able, at any moment, to go into the in-system station for repairs, reconstruction or to rebuild your ship entirely. This is ideal to do so out of combat, as then you can manage Lightspeed Frontier’s fuel systems on the fly.

If creating ships is a bit too much, the developer has also added in space stations which not only serve as a save points, but allow you to purchase pre-built ships from a large catalogue. 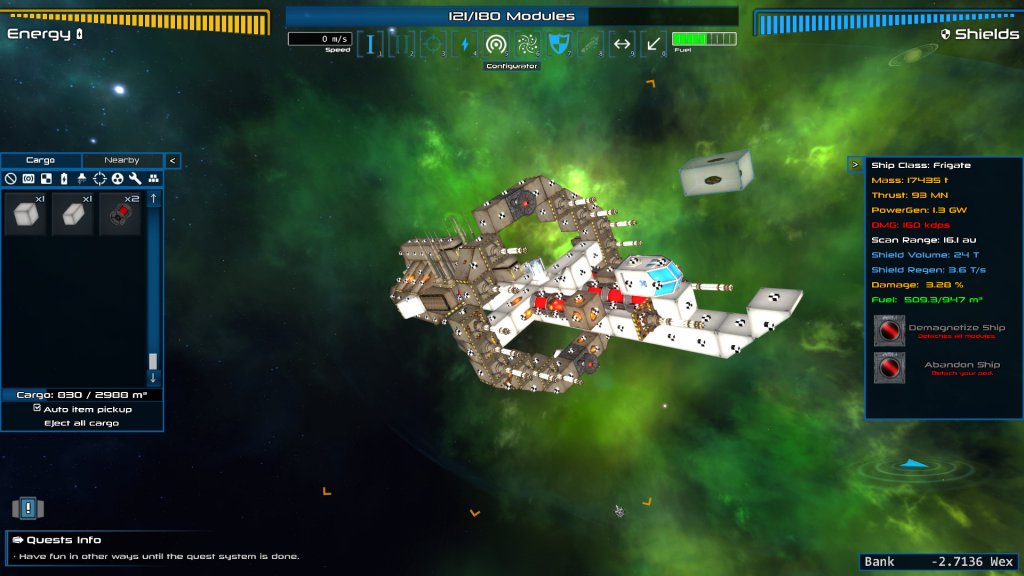 The control of main-game ships and parts, is very clever as well, as each part can be turned into its very own ship. Add a thruster to a module and you have instantly created a second ship to attack your enemies, if you give it weapons, or it will ram if not. Another nice touch is the fact that these modules can be blown off or destroyed during combat, which in turn affects the way ships handle and can limit their capabilities which makes fights feel far more intricate. So if you don’t want a huge behemoth of a ship, take the parts and create an armada.

Lightspeed Frontier’s visuals are a nice blend of Lego-infused blockiness with a high-tech overlay to ensure it stands out against the contrast of ringed planets, soft clouds and brilliant lights that dazzle as you fly past. There are some lovely details here, from the way your ship elongates when warping to another system, to seeing your little ships warp in right behind you at your destination. 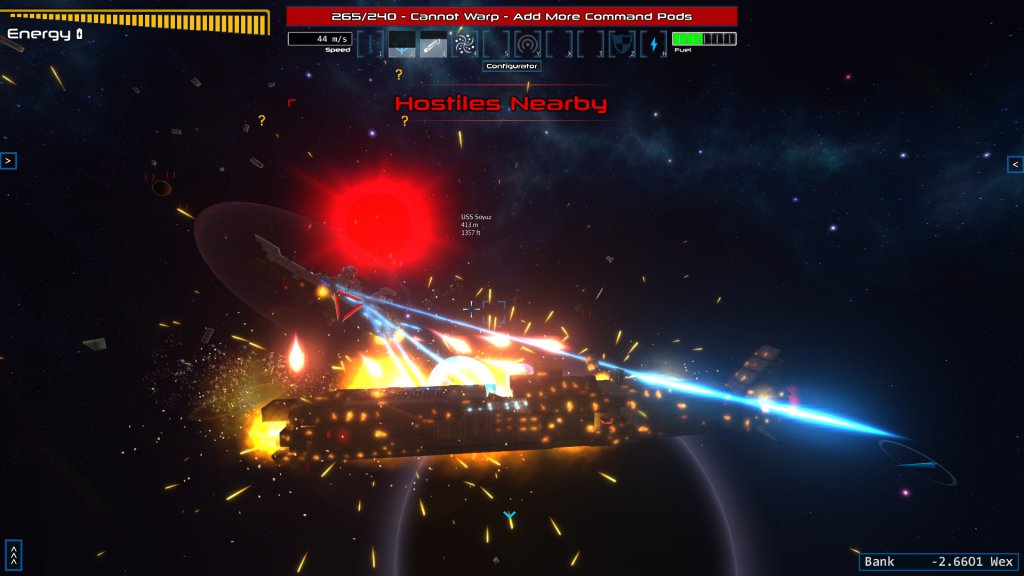 Chatting with the game’s lead developer, Vid Rijavec, regarding its launch on steam, he agreed it didn’t get the amazing reception he was hoping for. He stated this was in part to the limited content in the game at the time, which only included minimal story missions.

However, he was pleased to announce that there are some large updates incoming, including augmentation modules; more in-depth story missions with better rewards; space stations being aligned to different factions that could be friendly or hostile depending on your actions; special functions for scanner modules; and further customisation through painting ships.

Lightspeed Frontier is currently on out on Steam and depending on how it continues to perform, there maybe potential for console ports. Overall, if you like spaceships, a Lego-inspired crafting system and some colourful visuals, this would easily keep you going for more than a few hours.

Lightspeed Frontier is available on Steam Early Access for PC, Mac and Linux.