Super Dangerous Dungeons — From mobile to PC, searching for treasure

Evolution takes many forms. In the case of Super Dangerous Dungeons, it’s been a move from Flash game to mobile and now finally PC.

The remake of Flash game Dangerous Dungeons hit mobile and tablet devices back in 2015, so this new release gives people like myself, who don’t game on their phone, a chance to play. With over fifty levels of retro-styled platforming, boss fights and time trials to enjoy, there should be plenty to do given its $5 price tag.

The premise is fairly simple: search an increasingly dangerous dungeon for treasure! There are four main dungeons to gather treasure from and a bonus one for good measure. Each of the main treasures is guarded by a boss and there are some secret treasures to be found, as well. All told, there are about fifty-five levels, which sounds like a lot, but you will be through them in no time. My ‘thorough’ examination of the levels clocked in at just under two hours. 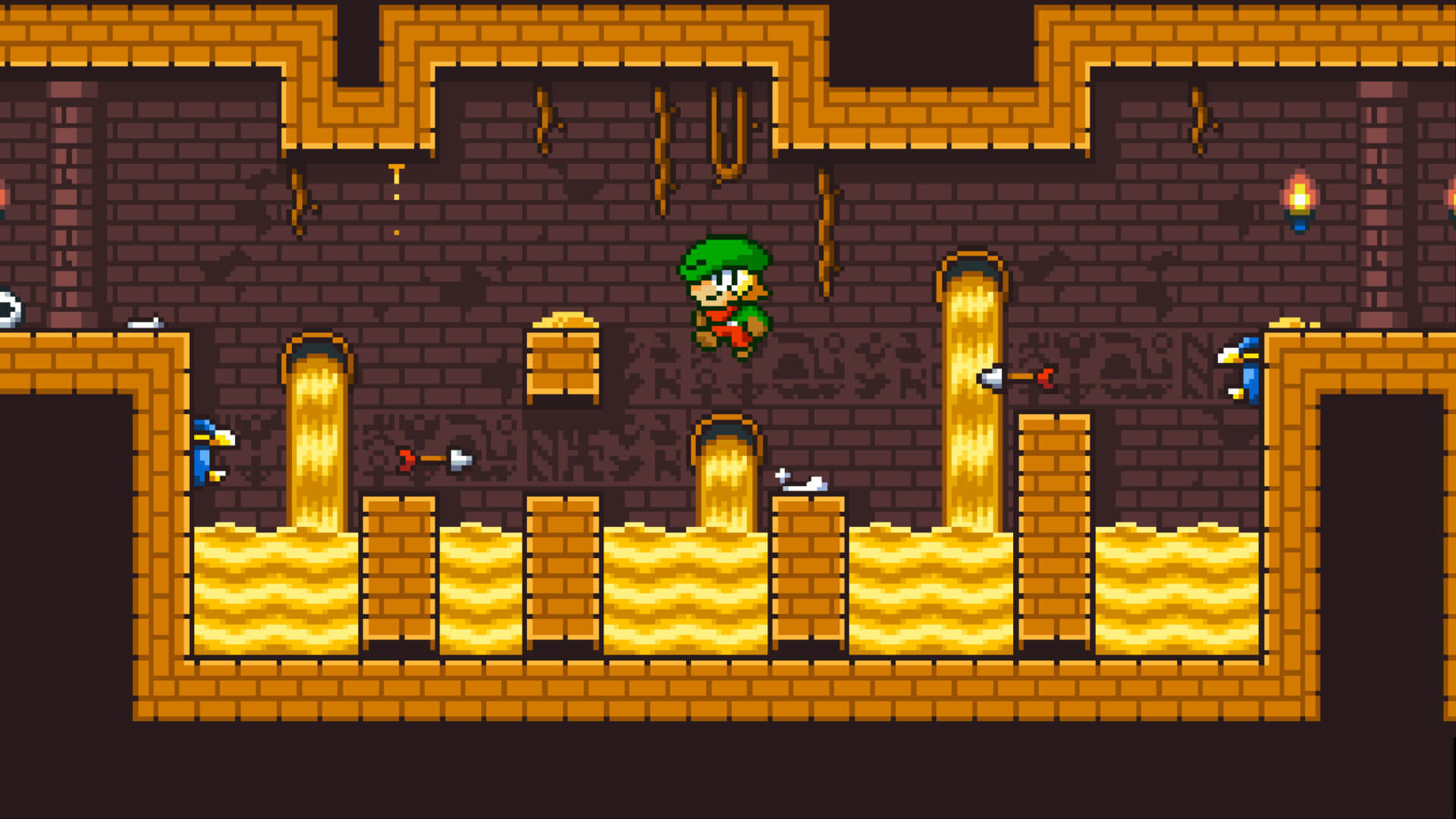 While that sounds like a short amount of time, it actually felt quite slow. Super Dangerous Dungeons wants you to go fast and included a time trial mode for you to try blazing through as fast as possible. Each level requires you first grab a key, then run out the door — and each level isn’t super massive, so getting through quickly shouldn’t be an issue. To further the speedrun feel to it, the boss fights are less ‘fight’ and more ‘run for your life’. They are a culmination of the traps and hazards in that specific dungeon flattened out to one long level.

The finely crafted levels may not be innovative, but they are well built and make for an enjoyable time. That’s not the only enjoyable aspect either — the visuals and music all give off that SNES vibe. If that is a style you enjoy, you’re in luck. Dungeons and characters look good and to say that the music ‘inspired’ by classic game tunes is a bit of an understatement; you can plainly hear sections of more popular tunes in them. 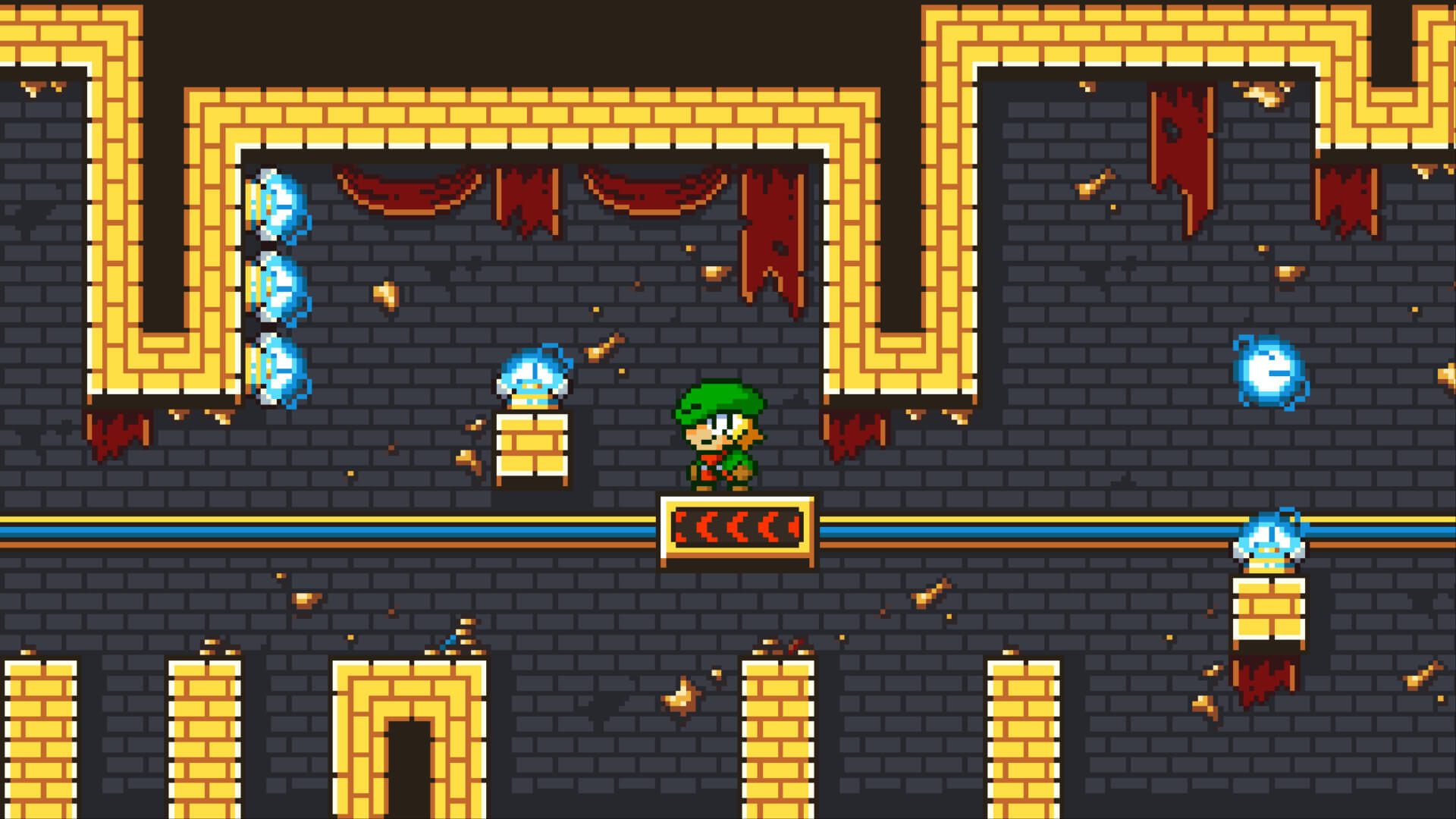 Lastly let’s talk controls. Coming from mobile, it’s hard to know what to expect. Since the game does have Xbox controller support, I decided to test that out. The controls are tight, but possibly too much so. Just the slightest touch to the controller sent my character running. It’s manageable, but it could probably use a tad more deadzone. I’d hate to try playing with even the tiniest of spikes in a pot. Doable, just be prepared at all times.

So overall, Super Dangerous Dungeons is a good time. The platforming is well designed; the music and visuals are pleasing. The biggest question is really whether or not it’s something you want from a PC game as opposed to a mobile one. It’s good, but plays through real fast. While there are time trials to add replayability, there’s only so fast you can go. Is it worth the asking price of $5? Possibly. This might be a little more dependent on personal opinion than most. What’s there is good, but whether it is enough — that’s up to you to decide.