Riding the Fine Line of Lust for Darkness

Sex cults and Cthulhu, what could possibly go wrong in Lust for Darkness?

Thankfully, Lust of Darkness proved itself to be a mature and interesting demo that did exactly what I had hoped.

Yes, there is nudity and very adult themes. If you are prudish or can’t handle the sight of male or female genitalia, this is not the game for you. That’s perfectly fine. On the flip side though, there is some crazy Cthulhu stuff going on and your main character begins to see all sorts of crazy stuff that, may or may not be real. The best part for me was that nothing felt unnecessary or heavy handed. The nudity was there but not front and center. What was front and center was the overwhelming sense of dread. Something is wrong and you need to figure out what it is. 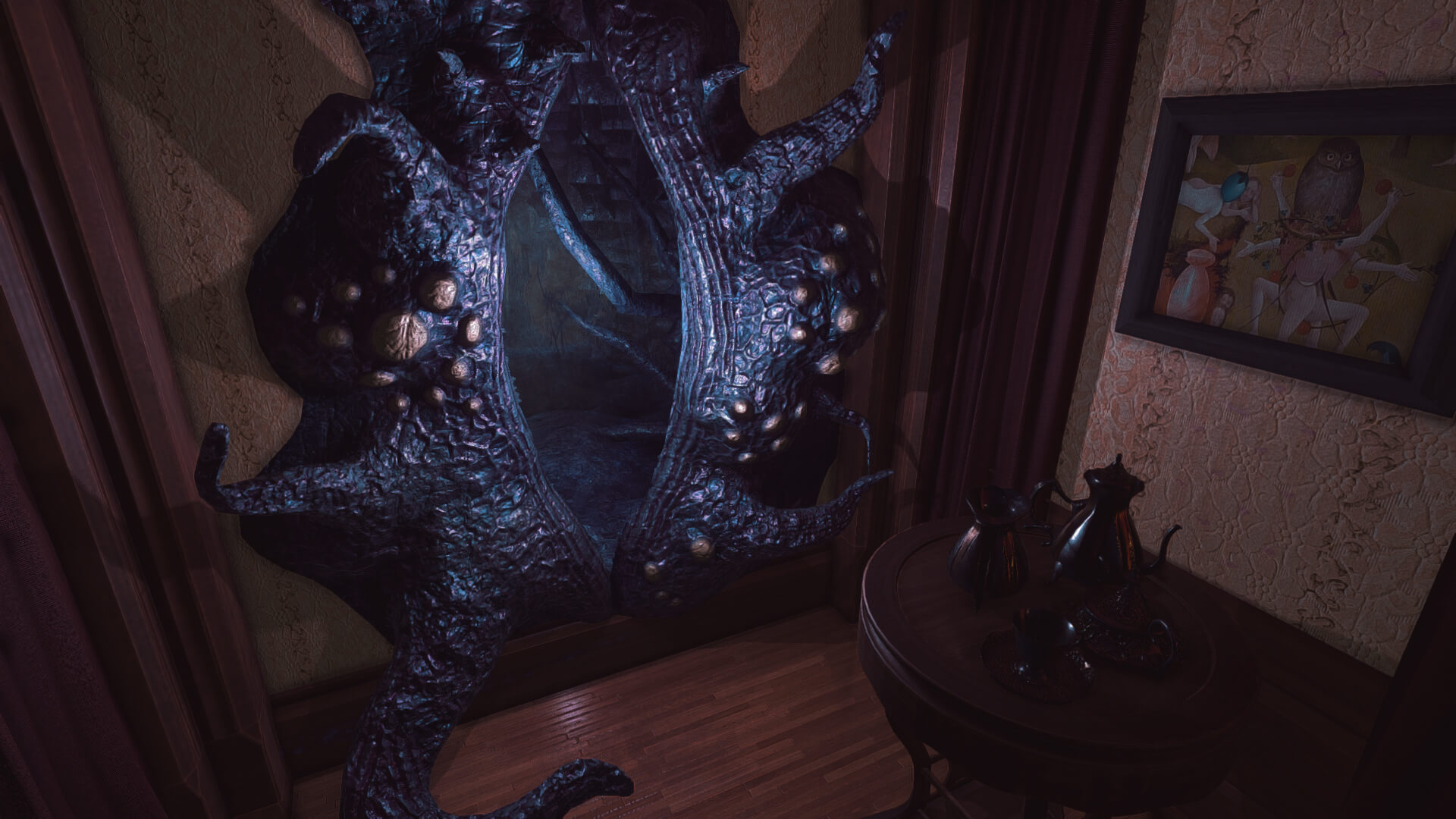 Our story begins when, Amanda, your wife, gets kidnapped. You play her for a short while in the beginning. After perusing some sexy devices, some weird dude wearing a stag mask shows up and she passes out. Aside from insinuated rape (Not cool,) we start again when a year has passed and she sends a message to her husband. So far, very typical stuff. The husband arrives at this huge mansion where he meets a cult that is celebrating some sort of event.

To make a long story short, he learns Amanda is at the house and he tries to find her. What I liked is that the atmosphere was extremely well done. There were times for creepy sex stuff but then times for investigation. Searching Amanda’s room, for instance, had a puzzle box in it which held a secret letter to you. Just about everything could be touched and inspected, I felt like I was genuinely searching for clues. This I liked quite a bit and hope it continues as the main focus of gameplay.

When I left the room everything went to hell in a hand basket and the main character started seeing portals, tentacles and all sorts of weird stuff. You could hear him breathing all sorts of funny and the screen became fuzzy at times. This was effective at first but then became a little weird as he wouldn’t stop, despite the fact I just stared at the creepy portal. Dude needs to calm down and take a deep breath.

The build wrapped up in a rather interesting fashion. The cult has begun its little sexy event and they are enjoying themselves, to say the least. I kind of laughed because your character also can’t handle the sight of this. Guess he is prudish or scared of boobs. You then walk into a large study where you stare out the window and see a huge Stranger Things/Cthulhu-esque monster floating in the sky. It’s a good cliffhanger and definitely was eye catching. 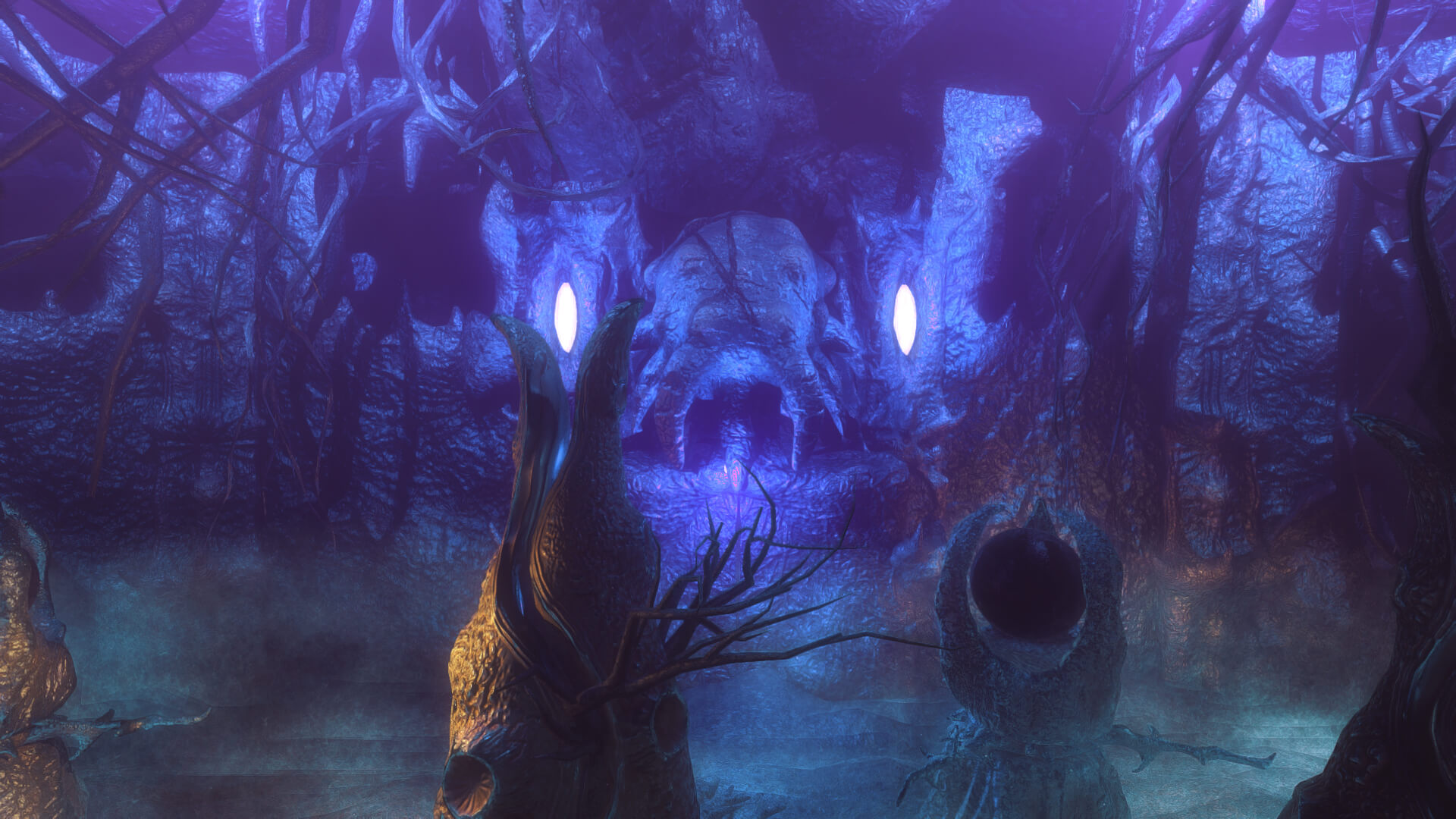 In all, Lust for Darkness did plenty of things right. I was impressed with the demo and everything was done in a tasteful fashion. My personal hope is that it continues this mystery vibe throughout development. Focusing on puzzles, finding clues, some scares here and there but spotlighting atmosphere rather than being chased by a penis monster. You can use adult themes in a very interesting way and I think the developers might be able to pull it off. Then again it is just a demo, so who knows what the final product will look like.