Oddworld: New ‘n’ Tasty is just as charming and weird as the original — Only now it feels fully realised.

It was the 90s. Britpop was on the uprise and Friends dominated the airwaves. It was also when the original PlayStation first graced our living rooms. One game I remember fondly from that system was a quirky platformer called Oddworld: Abe’s Oddysse. Now, 23 years later, I’ve had the chance to play the remake Oddworld: New ‘n’ Tasty, and I loved every second of it.

First released in 1997, this weirdly wonderful 2D puzzle platformer oozed with charm and originality in a way that permanently imprinted itself into my mind. Developers Just Add Water and Oddworld Inhabitants manage to keep those same elements intact for the most part in Oddworld: New ‘n’ Tasty, whilst improving nearly everything that made the first game so memorable. Plus, it’s on the switch, so now you can play it anywhere.

You play as Abe, one of many Mudoken slaves working for Rupture Farms. After learning they plan to make you and your kind into their newest food product, Abe must escape Rupture Farms and do what he can to free his people. It’s all very dramatic. Admittedly the plot wasn’t really the game’s biggest selling point and that’s still the case, but the newly animated cutscenes certainly are. Each breathes so much new life into the game, even scenes with little in the way of dialogue are just as captivating. With subtle quirks and animations, Abe and company are feeling more alive than ever, and it was a real treat to see Abe given such attention to detail.

The same can be said for the game as a whole. What was once rather muddy and dark in its 1997 counterpart, New ‘n’ Tasty feels like a world fully realised. Thanks in part to the new 2.5D approach, Rupture Farms, and the game as a whole, is full of more colour and detail. Textures, lighting, and characters have been given a much-needed facelift that — much like the cutscenes — brings the world to life like never before; Even on the Nintendo Switch’s hardware, it still looks great.

But as great as it looks, how does the gameplay hold up after all these years? Well, if you were hoping for the same puzzle platforming goodness then you’re in luck.

Nearly every aspect of the gameplay and level design is the same as its original. Only now it has done away with the flip screen aspect in favour of continuous scrolling. Now if you’re a fan of high-action combat then you might as well stop right here; This ain’t that kind of game. Instead, New ‘n’ Tasty has players take a slower approach, often making you observe and plan out how to tackle each problem with your brain, not bullets. 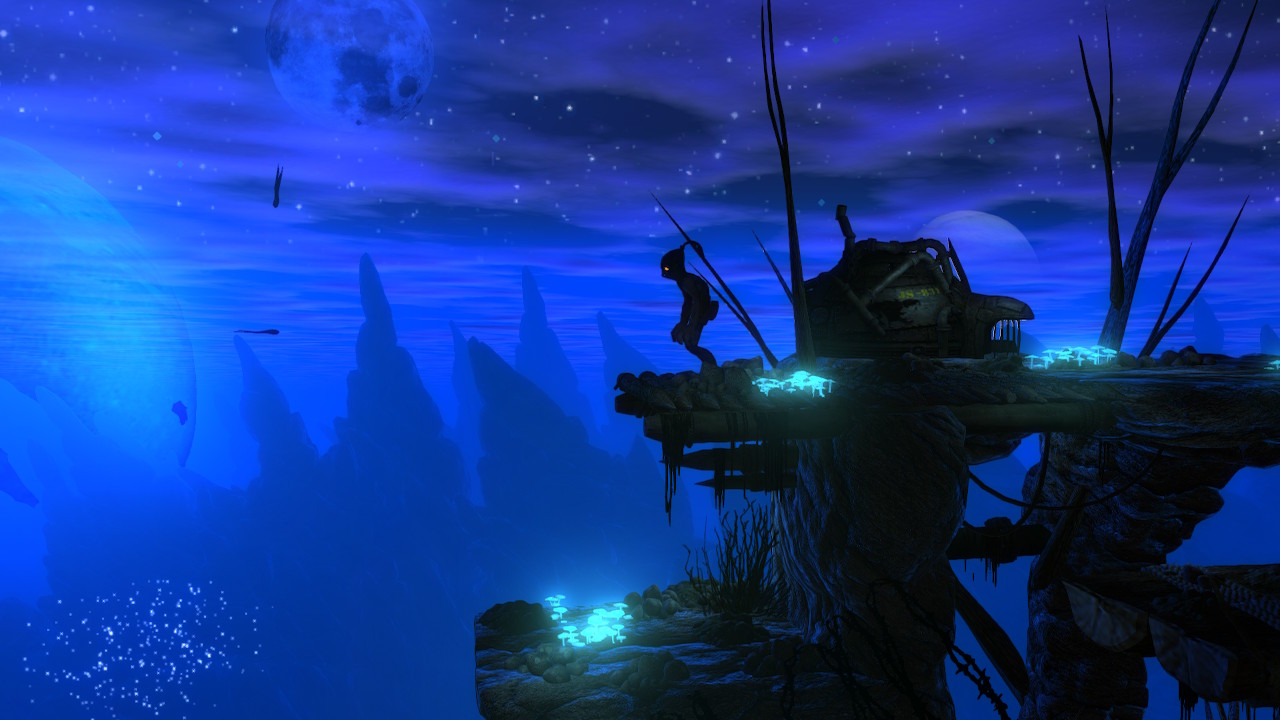 Using the limited tools you have, sneaking, throwing, and chanting, players have to navigate a litany of puzzles that at times can be equally as frustrating as they are rewarding. Thanks to air ducts and Abe’s comedic tiptoeing, certain enemies who are sleeping or otherwise busy can be avoided completely. On the other hand, different puzzles will have players using a limited amount of rocks, meats, and grenades, each of which they can arch in full 360. Either to lure away hungry creatures, detonate mines in their way, or just blow up enemies (or themselves, if they aren’t careful). Lastly, the ever-evolving chant which is easily the most diverse mechanic. Chanting lets you open portals to get your people to safety but more importantly take control of different enemies, each enemy offering new ways to play, like barking commands, having weapons, or unlocking certain doors. All that being said, you can’t talk about Oddworld without talking about Gamespeak. This mechanic lets you interact with your fellow modokens, having them follow you around as you lead them to a portal to let them escape. 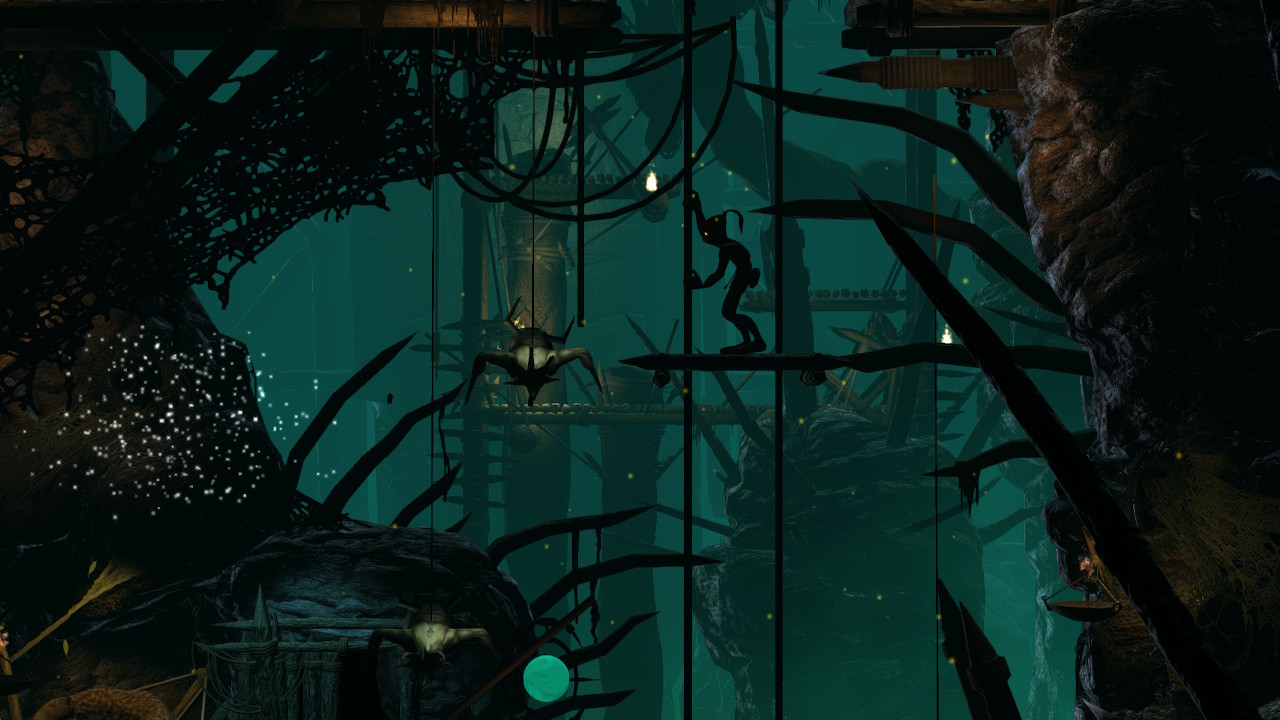 Simple as it sounds, trying to navigate through death traps and enemies whilst keeping them alive isn’t always as easy as it seems. All this along with other standard gameplay tropes like levers, lifts and platforming come together in terrific synergy; Making these simple mechanics all much more rewarding and useful the more you play. Plus with each area mixing up how you might use these mechanics and throwing in a few unique ones like riding a mount, it helps keep things fresh.

With all that being said, there are a few aspects of the game not everyone will be a fan of. For one, it’s VERY trial and error at times. Certain sections may have you repeat the same steps countless times until you memorise and learn the exact order to approach a task. Which happened to me more than once. While this is mitigated somewhat by having more checkpoints than the original, it still can be a frustrating ordeal for some. That’s even more apparent when playing on harder difficulties, with hard mode emulating the originals often cutthroat attitude. 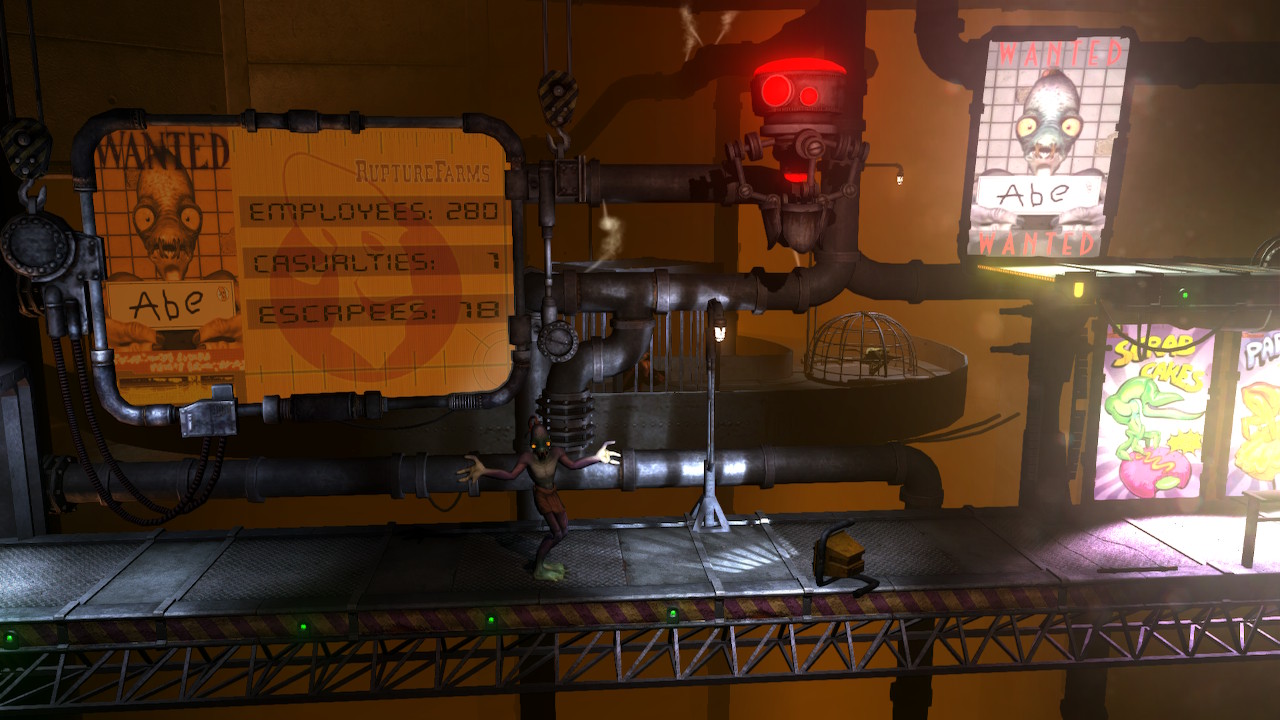 Put simply, it’s a stellar remake of a great game. Everything that made the original so charming and fun to play is mostly intact. The new and improved cutscenes, graphics, tweaks to the gameplay all come together excellently; Even on the switch’s hardware. Every aspect of the game has been improved in some way, and it ultimately shows not only what a good remake looks like, but also that good design is timeless. But more importantly, Oddworld: New ‘n’ Tasty feels like a vision fully realised. With Oddworld: Soulstorm on the horizon, I’m eager to see where Oddworld Inhabitants takes Abe next and look forward to revisiting this weird and creative world sooner rather than later.

Oddworld: New ‘n’ Tasty will release on Nintendo Switch October 27th, and is currently available on IOS, Android, PS4, Xbox One, PC, Mac, and Linux. Check out the developer’s Twitter or Website for more details.