Oceanhorn 2 is a beautiful homage to the action & adventure genres

A dark army invades the land and the last knights of the realm rally to the cause in Action Adventure RPG — Oceanhorn 2: Knights of the Lost Realm.

Oceanhorn 2 really goes to town on the graphics and the world of Gaia is beautifully rendered with some great high resolution models. Stepping off the boat and into the first location our intrepid adventurer is tasked with retrieving a lockbox from the local pirate hideout. It’s a simple tutorial area designed to get players accustomed to the control set but it’s also a showcase for what you can expect further in the adventure.

Sunlight pushes through the trees and shadows are cast across the woodland area. The ocean surrounding the island and water found within the caves shimmers and ripples with your movement. Models for both the protagonists and the enemies you face are clean and detailed. Having also experienced this in Apple Arcade recently it shows how well mobile gaming has progressed and the developers (Cornfox) have taken advantage of the move from iPad to Nintendo Switch and the added grunt available to them.

Over the first few hours the story develops as the aforementioned “Dark Army” invades your hometown; travelling to the capital our adventurers are tasked with returning the three sacred emblems of power to their respective temples with the assistance of the local indigenous tribes who had previously banded together to defeat an ancient evil eons ago.

The design of each area you visit is centered around the species of the people you assist in your quest; with the first area focused on the Owl People. Homes hang from the side of the cliffs given these people have no need for stairs or building on the ground. The hero can’t fly so the first puzzle involves finding your way into a temple that has no obvious approach by foot. In a classic staple for the adventure genre it’s not long before a lost treasure is uncovered; a tool reminiscent of a hookshot that allows movement directly to mount points within each level. The tool is then utilised in a puzzle solving manner to assist in returning the emblem.

The mechanic repeats in each area with puzzles increasing in complexity given your unlocked kit bag. Rather than allow players free range in attacking the order in which each emblem is approached, Oceanhorn 2 keeps players on fairly tight rails in terms of story progression. Even if you wanted to try you have to complete each emblem in order as progression is designed around the tools and abilities you collect at predetermined intervals.

Each area in Oceanhorn 2 is approached in a linear fashion for the story but players can expect to need a repeat visit to achieve a 100% completion. A multitude of artefacts are carefully hidden in each zone for those patient enough to explore and with the appropriate tools to reach or unlock them.

In a change to the norm, Oceanhorn 2 utilises some experience based mechanics in order to progress certain skills. Levelling up your character to the next rank rewards increased ammo stock or capabilities but doesn’t affect the general story progression so players don’t miss something critical for dodging the grind for attain maximum rank. Experience is granted for defeating enemies and bosses but also for completing certain tasks tracked in your log book. Not only does the logbook track tasks and change your equipment but it also carries an entire diary of the text interactions to have come across so it’s an easy reference if you missed a vital clue on your next location, objective or clue

Rather than undertake an epic quest alone, our hero is also joined by two friends. Although mostly autonomous in battle; you do have the option of requesting certain contextual actions of them in order to progress certain puzzles outside of combat. Puzzles are not particularly challenging once you understand certain design nuances but Oceanhorn 2 doesn’t necessarily hand hold players through some of the more basic premises sometimes leaving you with some trial and error.

Surprisingly, many of the interactions with main storyline characters are fully voiced. Additionally the contextual commentary from your comrades during battle or within certain areas add further depth and connection to the other characters you travel or fight with. 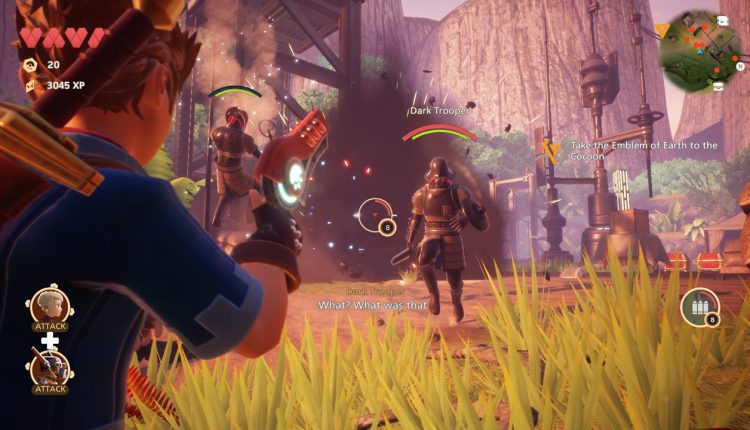 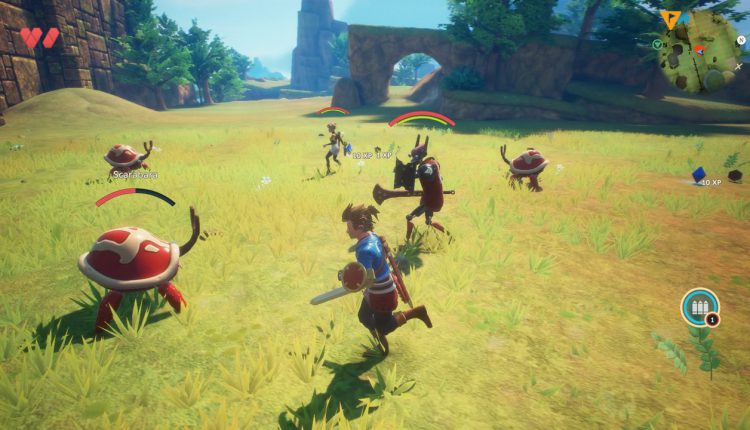 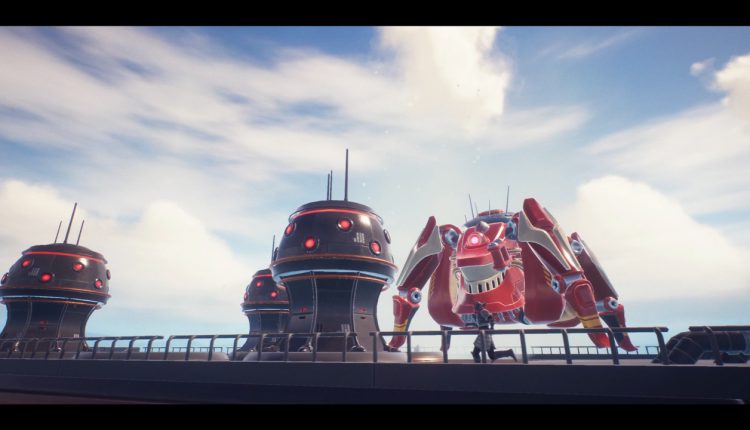 A giant leap forward from Oceanhorn’s first outing, Oceanhorn 2 is a fun, friendly action-RPG that has some interesting mechanics mixed with tool based puzzles in a beautifully crafted world that’s hard not to recommend for fans of the genre.

Oceanhorn 2 is available now on Nintendo Switch and Apple Arcade.