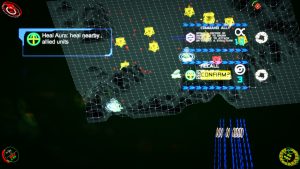 Classic Sci Fi RTS game injected with massive customisation options, from each troop type to the buildings themselves. There’s a shooter element in there too.

The amount of times people must have thought “I’d have won that if I could have controlled just one soldier directly” is sheer, this aims to allow for that.

The soundtrack looks set to be amazing, and the promise of a truly reactive, adaptive AI holds a lot of promise.

The Kickstarter is saying that pledges will be delivered in May 2017. The game is set to launch for PC, Mac & Linux,