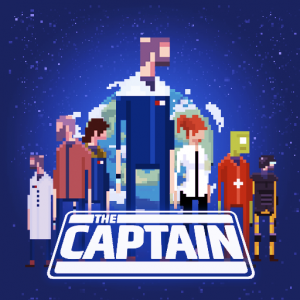 A point and click title with an absolutely amazing scope; the potential to recruit a full crew, drain planets of resources, and get talked dirty to by a landing shuttle.

While the demo (available through the Kickstarter, or Steam pages linked) only shows off the first few segments of the game -about 15-20 screens- it does so with extreme polish, the only weaknesses being a few failed translations, although admittedly nothing critical to the progress of the demo

As The Captain you have to find your way back from a distant sector after a space anomaly you were examining hurtles you through space. You’re not ill equipped though, you have the means and mod-cons of any space-faring explorer, and with it the ability to transform and exploit planets for fuel and materials. Odd, certainly, to have an exploration mechanic, and indeed a whole planned mass of distractions in a genre that it notoriously tight with it’s options and solutions. And, indeed, the point and click puzzle solving – in it’s first major form sneaking into an exclusive club – completely juxtaposes the resource gathering. The resource gathering can take literal years, with the days ever ticking up in the corner of the screen, while the point & click puzzles take place in moments. A further note comes in the fact that the developers have confirmed the game can be completed in as short a time as 1 years in game, when I already spent three times that messing around in the demo – wonderful!

I think, I think my main attraction to the game comes from the large scope of it; the fact you can recruit an entire crew in the final version – note can, it’s optional. This scope reminds me of the absolutely brilliant Zak McKraken, a game where you could travel to a mass of different cities for no real reason, and in which you could sell and trade an obscene amount of items with your local pawnshop – the game sounds nuts and mundane already; it then has monkey-nut headed aliens with a machine that makes people dumb, a trip to space, and solving a puzzle to enter the Sphinx. The Captain, from what I’ve seen in the demo so far, could well transcend the joy I hold for ZM.

It’s listed as aiming for release on PC, Mac & Linux early next year. That said, it is tied up in the throes of a [Kickstarter] which might define that.