Ghost 1.0 is a 2D metroidvania game – yep, 2D platformers are a massive thing again – but, you know what? This stands above most in the bustling genre. ‘Why?’ I hear you ask – well, that’s easy, the humour is really witty, controls are really tight, there’s plenty of action, and enough strange and versatile weapons to keep the game fresh from start to end. Of course, there’s also a bunch of puzzles thrown in for good measure, as well as a bunch of secrets tucked away encouraging you to turf up the entire map in search of the hidden goodies. 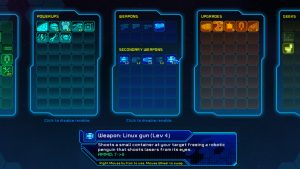 The game has been under construction for about 2 years, by the developer behind the fantastically reviewed Unepic. Much like their previous title you can see the massive amount of love and attention has been put into the game – from the retro-manga styled cut-scenes from the late 80’s through to the effects on the weapons. There’s a pretty cool story running throughout, I’ll do what I can to refrain from spoiling it in this quick article. 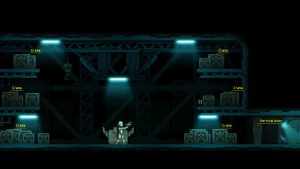 What I will say of the story is this; two super hackers hire a mysterious agent in order to infiltrate the Nakamura Space Station and steal the greatest digital secret ever. Of course, the space station will defend itself and it’s up to you as the mysterious agent to explore the ship and, well, survive your time within it.

The whole interior of the Nakamura flips from cold, electric darkness to buzzing neon corridors, all the way through it runs an absolutely fantastic, varied selection of music – calm and electronic as you explore, replaced by fast-paced, tinny peaks as the action and conflict flows to the screen. The twisting maze, the intestines of the ship hide away secret rooms and keycards, needed to unlock further rooms. 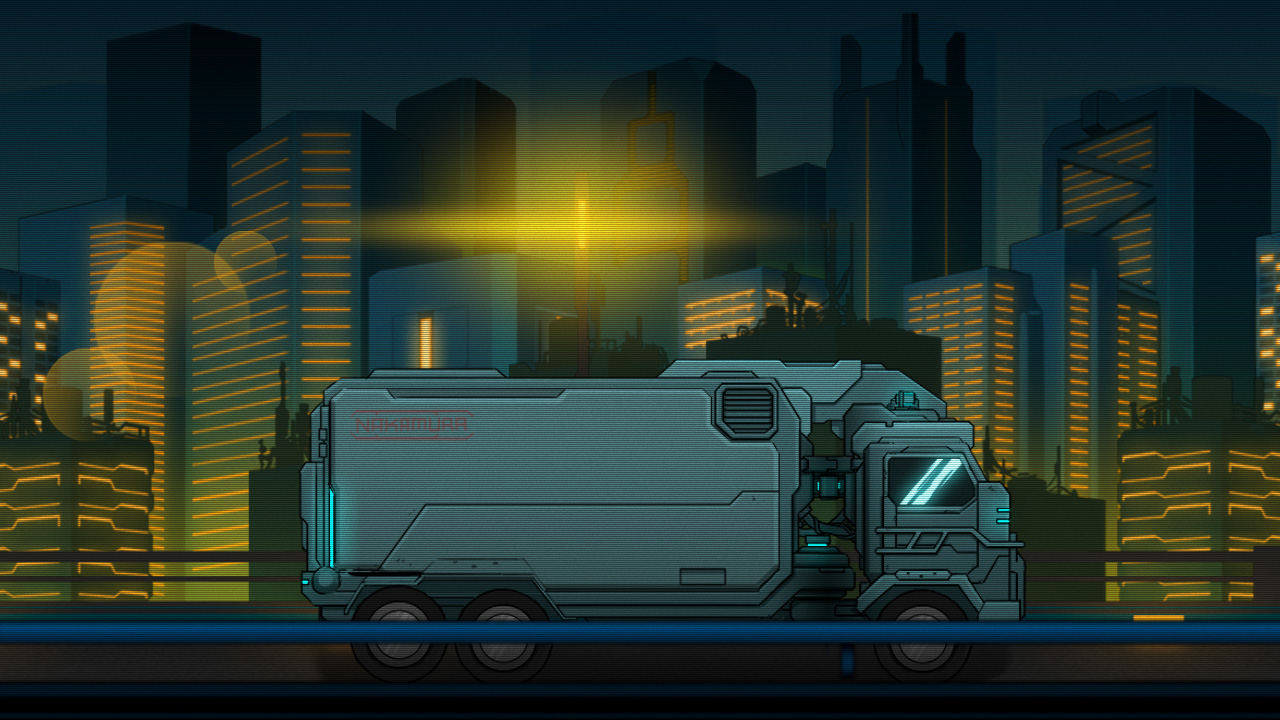 Ghost 1.0 has 2 modes of play(Classic and Survival) with 3 difficulty’s in both (Easy, Normal and Hard) 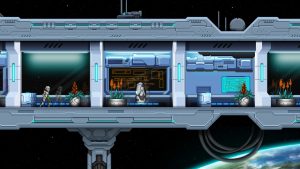 I started on classic, I was going through on easy – mainly for the story, and also because I don’t have much experience with platforming titles – even on easy there were still moments that were a little bit tricky for me, especially the first boss of the game game where, like the genre’s forefathers, you have to watch the patterns within it’s movements – and exploit the weaknesses within. I have not touched Survival Mode as yet, but I’m going to after I’m done with the story as there’s a lot to do on this. 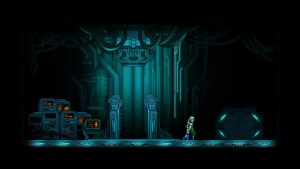 It’s a big ol’ map to explore, with just over 300 levels in it, the vast majority of them have extra secrets and quirks to them as well. The rooms are split into clearly different sections of the ship – different from the general feel of the section, to the enemies that possess it. As the accessible areas of the ship expand further and further you’ll gain access – be it through exploration, the RPG style skills system, or the stores – to further weapons and abilities.

The game manages to execute a really nice balance between action and exploration, with the earlier mentioned combat sections of the game fast and frantic, your guns have unlimited ammo, and enemies all have their own strengths and weaknesses. Juxtapose that with the fact that your “character” – the ghost that possesses the upgrade able android – can slip from it’s metallic shell to move more freely within the worlds for puzzles, or that over 60% of the games rooms have secrets within them… this is what I mean by a fine balance.

Arguably the most important thing however is the humour, much like Unepic before it the game doesn’t take itself too seriously, with running jokes and jibes ever present through the game’s characters. It keeps the mood light, and the pressure – and frustration – off.

All of this has combined into a game that I’m confident has the accessibility required for newcomers to the genre (like myself), but the complexity and difficulty options required to entertain the veterans. There’s certainly a lot of content there, and I really feel like I’ve only scratched the surface of the game.