While the survival genre seems to be hot there is one glaring deficiency in those already out, implausible scenarios. Who knows, I guess you could be fighting zombies or dinosaurs in the near future, but most likely not. What this genre really needs is some ultra-realistic mechanics to go along with a plausible scenario. Get ready for Escape from Tarkov, where the realism isn’t just limited to survival, but gun play and a believable scenario. If doomsday prepper’s had a video game, this would be it.

So what’s the scenario?

The events of the Escape from Tarkov take place in the fictional Norvinsk’s region Special Economic Zone that became a gateway between Russia and Europe. Preferential conditions for large international companies, however, have not only attracted law-abiding businesses, but corporations of dubious intent as well. In Tarkov, one of the largest cities of the region, a transatlantic corporation became the ground zero of a political scandal. Six months later, the political standoff escalated into an armed conflict involving UN peacekeepers, Internal Troops of the Ministry of Internal Affairs, and two private military companies. The region’s borders were sealed off, and those trapped in the middle of this local warfare flare up were isolated from the outside world. 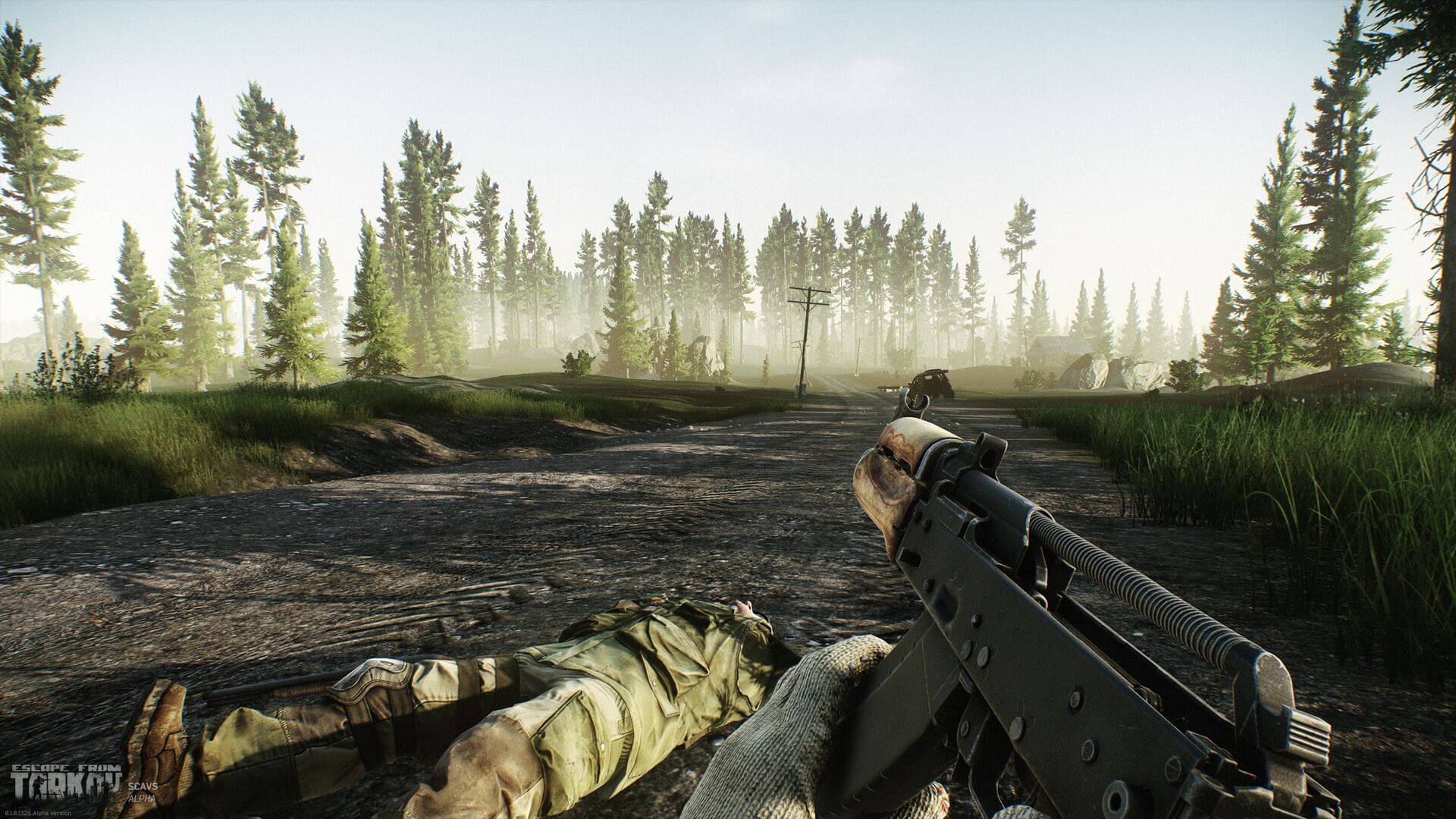 While it is indeed a fictional scenario it doesn’t seem very far fetched. So what role do you play in all this? You play as an agent of one of the two private military companies in the region, USEC or BEAR. USEC allegedly provides the muscle for companies engaging in illegal work or research, while BEAR was created by the Russian government to unearth any illegal activities in the region. No matter what side you choose, being caught in the middle means ultimately trying to survive long enough to escape.

Currently there are 4 different raids available at this stage of the closed beta, Woods, Factory, Customs and Shoreline. The Factory and Customs maps offer some real close quarters combat, while Woods and Shoreline provide some much needed breathing room. Players can join up any of those raids with either their chosen faction or to play as a Scav (civilian scavengers). While playing your main character will not only possibly help increase your stash of goods, weapons and experience, along with the possibility of losing your gear as well, there is some benefit to playing a Scav too. The gear one gets from joining a raid as a Scav is random, but survive till the end and anything you scavenge can be transferred to your regular character. This seems like a good option for anyone like myself who has survival issues and loses all his gear, it’s a nice, no risk option. 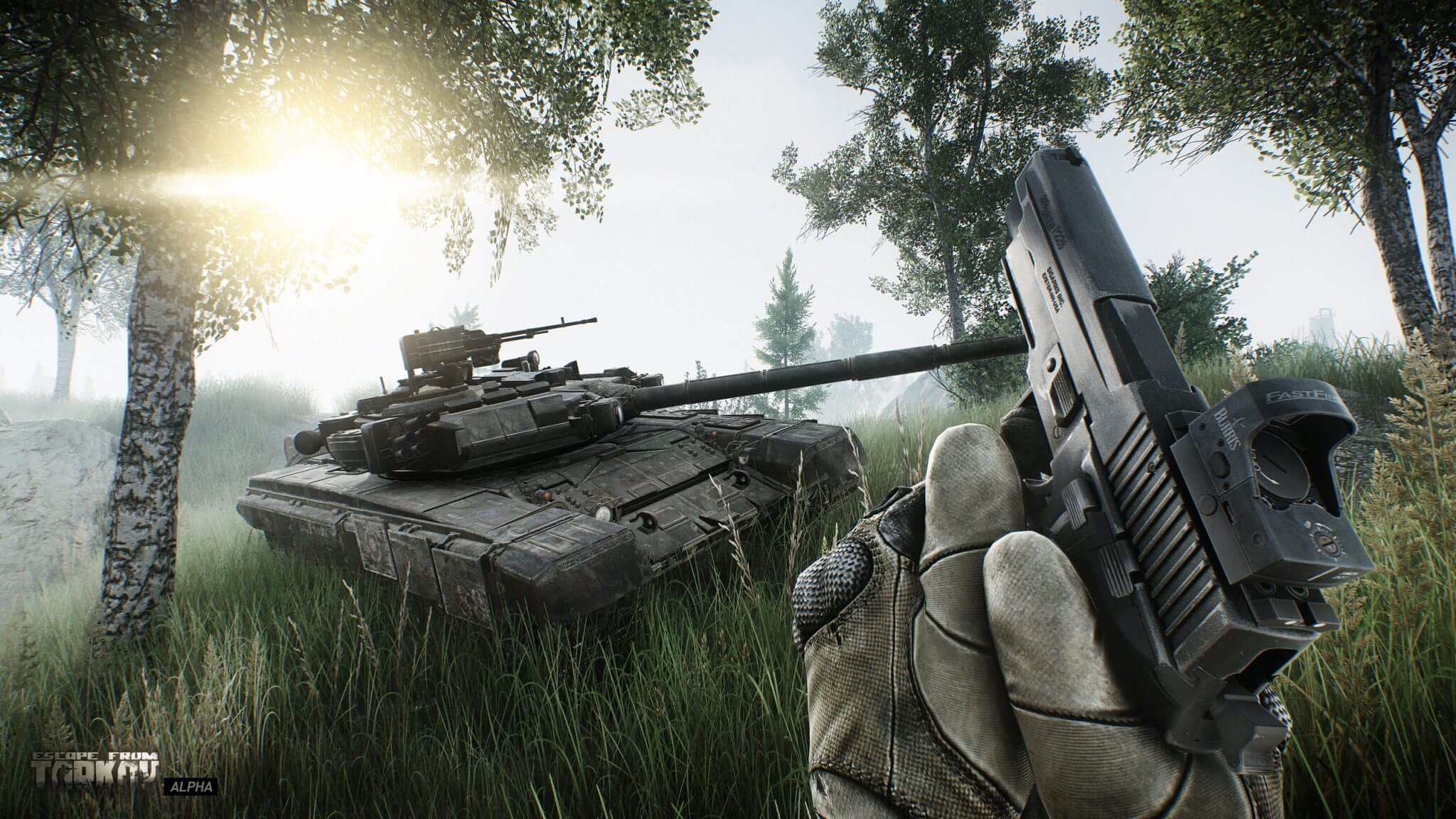 So about that whole being bad at surviving thing…

Yes, I will admit that my forays into Tarkov to this point were largely, nay entirely, unsuccessful. It wasn’t for a lack of trying though. There aren’t any rules, while players are encouraged of course to band together in teams there is nothing stopping someone from going rogue and taking your team out. While the players I encountered appeared to be also members of the USEC they certainly weren’t friendly. It certainly was a case of everyone shooting at any and everything that moves. It was actually a bit confusing if I’m honest. Was I suppose to be killing any and everyone, or be nice to the guys supposedly on my side? Everyone happily shot all they had towards me whether I saw them or not. This lead to me playing the same, shoot at everything approach, that is until I only had a climbing ax left which I took to swinging like a madman at everyone as well.

Needless to say this sort of style only ensured I never once made it out of a raid alive. Sometimes however I did survive for quite a while, yet still no goodies afterward. One important thing to keep in mind is having enough time to complete the raid. The penalty for leaving early is the same as death, but with an added bonus of locking you out from joining another raid for a few minutes. While I understand the need, such as keeping people from leaving every time they come under fire for instance, it does mean that playing will require a block of uninterrupted time. Although this can probably be expected for a mil-sim, scavenging MMO with RPG elements, it would be nice if there were some option for something like an emergency evac every so often, once a day or week even for those times when the real world calls. 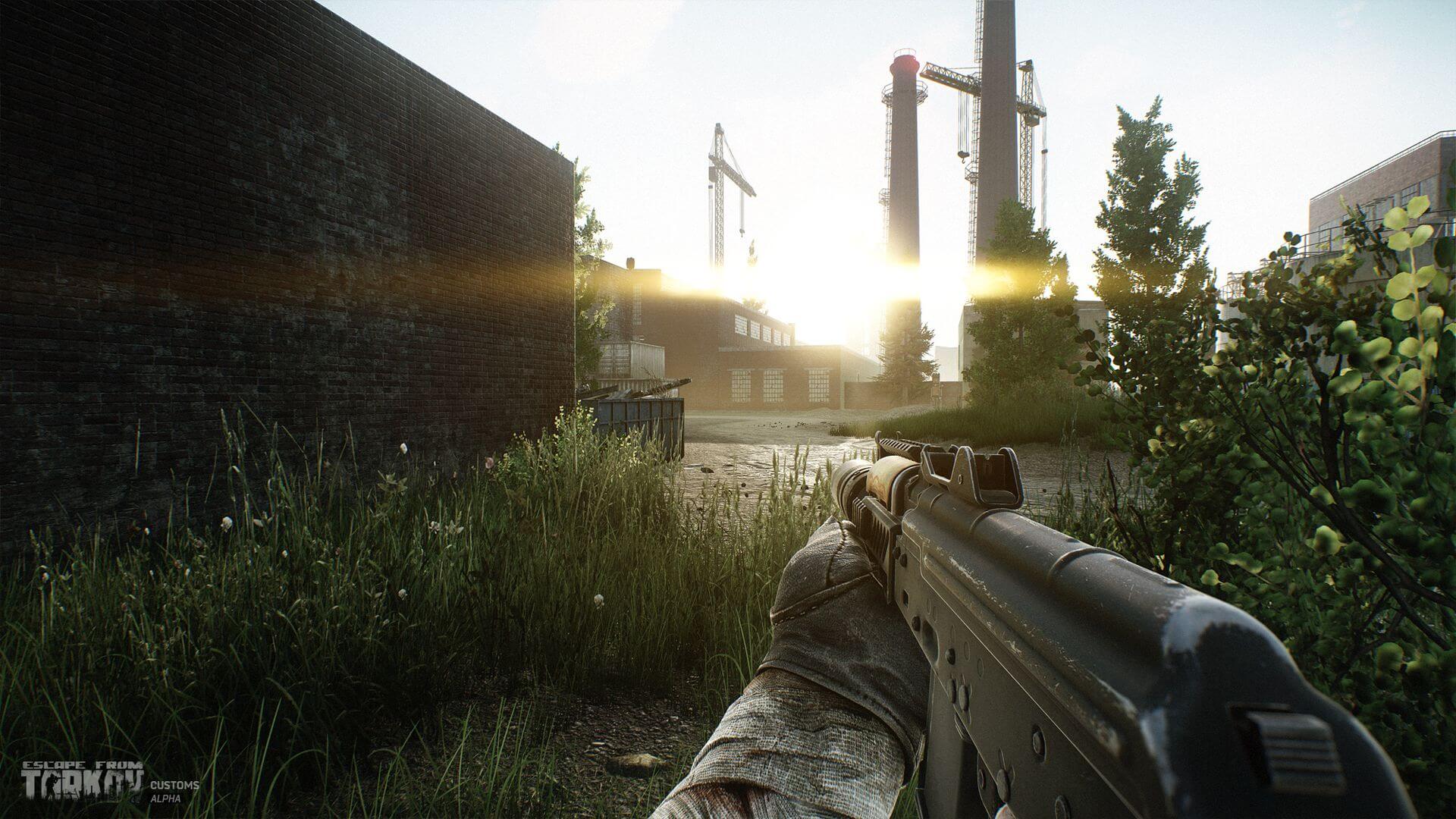 There are always going to be some issues to smooth over during a beta testing period, but overall everything seemed to work quite well. The biggest issue I had was being able to tell what direction a shot was coming from. The sound almost seemed to be in mono, being hit one time from a distance and not immediately identifying the direction is one thing, but multiple times without even an audio clue as to where it was coming from is another. That part was a bit frustrating, every shot sounded similar, whether up close or possibly far off in the distance.

Overall though after a few hours of game time I felt like I had barely even scratched the surface of what there is to do in Escape from Tarkov. Weapons can be modified, player shops can be established and even those RPG elements that come through gaining experience. There really is a deep world and a lot of mechanics to dive into. While I didn’t fare so well in my time that doesn’t mean I can’t see what is a very appealing game. When it comes time for launch I would not be surprised in the least bit if Escape from Tarkov became THE mil sim survival game of choice out there. If this sounds like you enjoy, be sure to check it out.