When I was lucky enough to spend time playing through Proxy Studios’ next 4X title Warhammer 40,000: Gladius – Relics of War with one of the developers, Rok Breulj, earlier in the year, he commented on how I was playing the game in a somewhat non-conventional manner.

My normally diplomatic and defensive playstyle certainly didn’t fit the Warhammer setting, however I still had a lot of fun learning the brutality of the game in rapid pace. 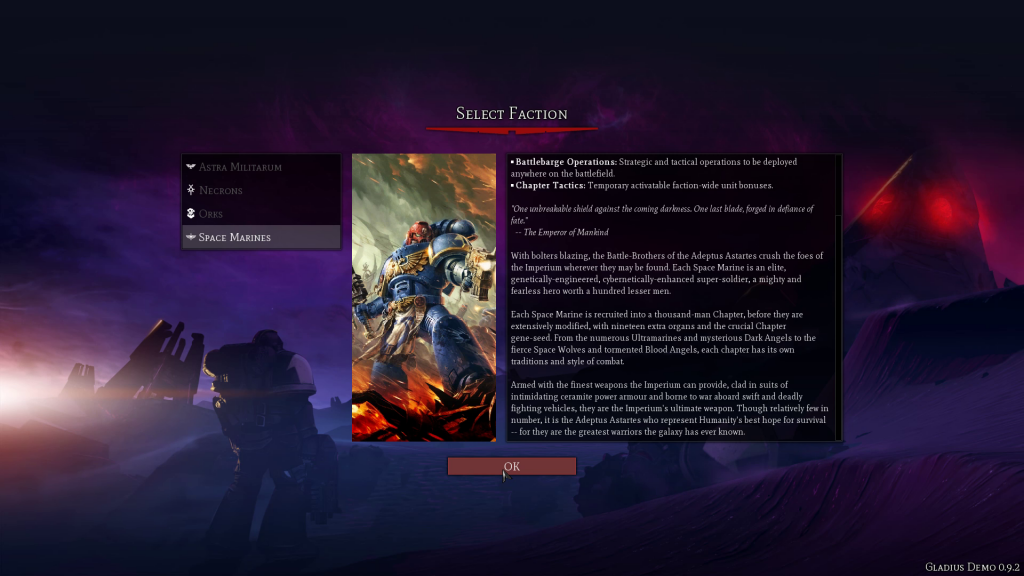 Since then I’ve been playing the build I have a lot, learning with each playthrough. my build contains only the Space Marine factions, that said. So I’ve now had plenty of practice with them.

Each of Gladius’ races play differently, with the Astra Imperium playing the most traditionally, while the Space Marines simply have one city (but access to lots of cool tech) and the Orcs and Necrons each have their own quirks. The Space Marines, being the poster-children for the notorious, grimdark setting, were the natural choice to have a proper tinker about with.

Two hundred turns is a decent amount of time; throughout my plays it has taken between three to four hours to get to this point. Naturally, as with most 4X titles, the number of enemies within your line of sight and the number of units you have in play massively alter the passage of time — although there’s not much micromanagement to find here, which is refreshing.

The Space Marines’ city is a hulking behemoth. As you carve out more lumps of the land and fill it with buildings, you really cast a visible scar across the planet. As miserable as Gladius Prime is, the detail of the gothic architecture — each tile reflecting the buildings upon it — looks wonderful, and I admit that I zoomed in a few times to cruise slowly over the cityscape. It took me an embarrassing amount of time to realise I could still drop the defensive fortresses in to your city tiles with no negative effects to the buildings there. Handy to know once the enemies start pushing back against you. 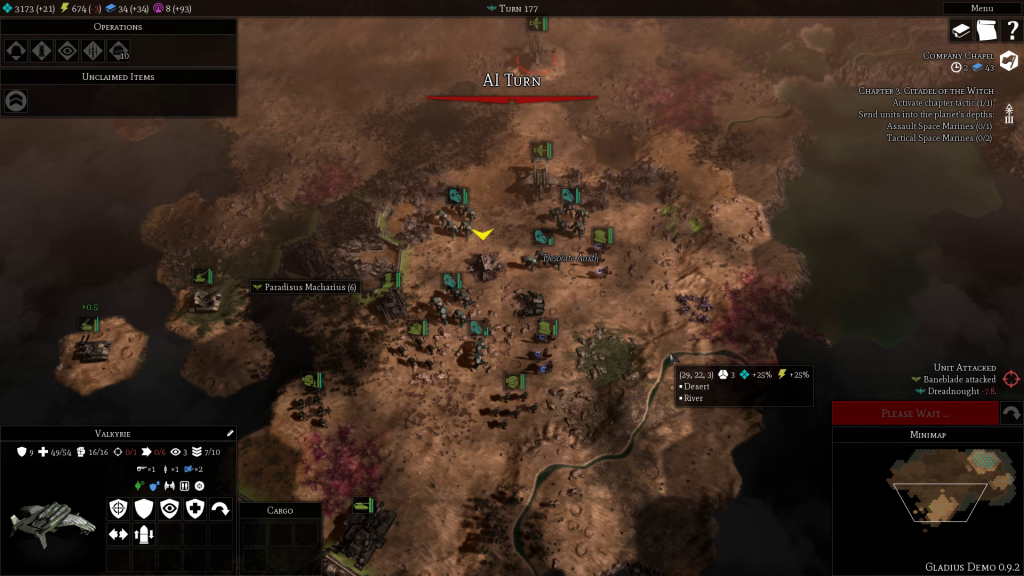 And push back against you they do — there is no diplomacy here after all. Once the enemies spot you, they close in for the kill. This makes it extremely awkward to scout,  and it also encourages players to form large groups of units to attempt to wash over enemies, because that’s what the enemy factions will attempt to do to you, or each other.

Unit diversity is strong and it never hurts to have a decent selection on hand in case of sticky situations — even if the universe and faction tech trees do betray the stronger units quickly.

That said, all of the units and vehicles remain available to deploy throughout the entire game and, while veterans of the universe may understand the strengths and weaknesses of each unit (a rough description is available in the building menu) the damage and health statistics are hidden in a help menu… So, with little room for error left in the game’s learning and difficulty curve, most troops were taken out of my production cycle as I played.

Technologies do exist to help the earlier units retain some relevance; new grenades, tougher armour and Doctrines (temporary boosts which affect all of your units, once deployed) can keep them relevant. However, when you can only build one unit at once, why would you build Tactical Space Marines, which Terminators can now teleport next to, when you could build Terminators? 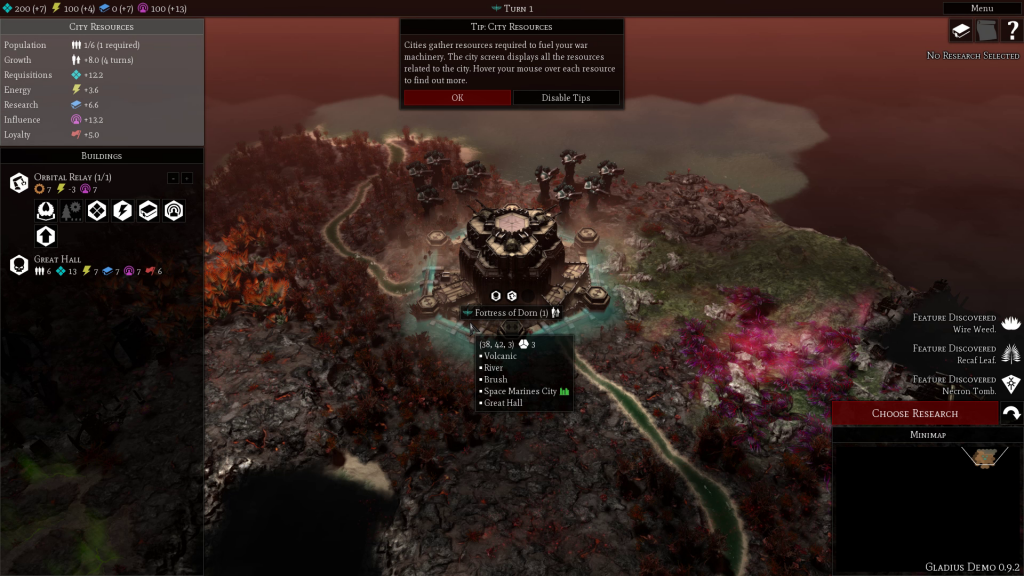 Two hundred turns is normally around half of the campaign time in 4X titles, although it could almost certainly run on as there are only two victory conditions for the Space Marines: cleanse the planet or follow the story arc through. In each of my runs I was fighting on two fronts, having followed enough of the faction-led objectives right up to the doorsteps of my enemies: consistently Orcs and Astra Imperium.

The objective-based campaign remains one of the most appealing aspects of Gladius. Each faction is tasked with completing a series of well-worded missions as their faction explores their relationship with the Warp and its effect over Gladius’ denizens including the Orcs, whose appearance tore the rift; the Astra Imperium; the Space Marines; and the newly awoken Necrons.

Anyway, here’s an AAR (After-Action Report) of my first run-through of Gladius, written with the learning of half a dozen more attempts.

Due to the length of it we have separated it into pages, for easier loading and navigation.

Warhammer 40,000: Gladius – Relics of War is releasing on PC & Linux on July 12th. You can preorder the game over on GOG or on Steam.

In Other Waters — An alien toolset