Unlike a couple of the writers on the site, I have mixed feelings about golf games. I do, however, like wacky physics games, clean-cut, low-poly art-styles and chaos masquerading as sports. What the Golf? is definitely a solid fit for all of the above. 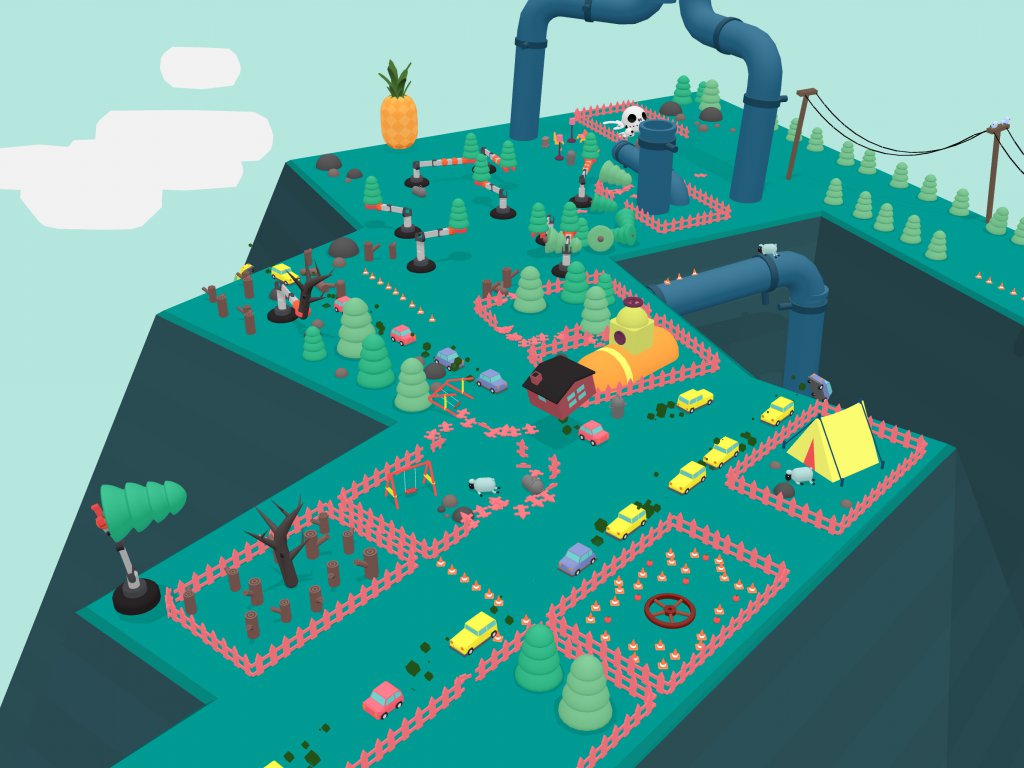 What the Golf?, from Triband (Keyboard Sports), is a golf-game parody — one jam-packed with ludicrous physics and ridiculous object substitution. Knock down the cats, smash the sheep, spring the toaster… this game is an exercise in nonchalant parody. It casually tosses aside all of the rules and slides in alternatives as if they’re perfectly normal.

I was lucky enough to play through a dozen or so holes of What the Golf? while at the Indie Showcase during Develop Brighton. While a lot of the humour came in the randomness of the items populating each area, I think most of the fun came from not necessarily knowing what was going to happen when you first released the swing button. Sometimes you’d launch a ball off into the middle-distance, other times objects would appear or — perhaps most entertaining — sometimes you’d launch yourself forward with the momentum.

How much fun can a game where, from level to level, you go from golfing a house up a cliff-face to flinging your golf ball (now an egg) into a saucepan really be? Invariably a lot, and it’s great to see more games filled with the wackiness people so fondly remember from the Warioware games, or games like Bishi Bashi Special. Personally, I have plenty of time for wacky fun — and What the Golf? delivers that in spades.

What the Golf? is being developed for launch on PC, Mac and Linux later this year. You can still grab the prototype over on the game’s Fig page. Its campaign, from earlier this year, was a success, with over $60k raised.