With a pixel-art style that is completely unique, hundreds of tough levels and a decent selection of happy little chip-tune ditties to listen to, Slime-San is exactly the kind of game that the Nintendo Switch adores. It runs perfectly on the handheld console, and it looks extra-super-fabulous on the miniature 720p screen, meaning that it makes an excellent travel companion. On the subject of travel, have you ever had to journey through the belly of a giant worm? Me neither, until I played Slime-San, of course.

The game begins like so many other indie platformers. Slime-San is the kind of game that has the same unique, pin-sharp and ultra sensitive controls as say, Super Meat Boy, and you’ll know very early on what is going to be expected of you. What begins as a simple exercise in navigating from one basic area to another rapidly evolves into a more complex challenge, and within a relatively short space of time, you’ll need to be familiar with all of Slime-San’s standard abilities. 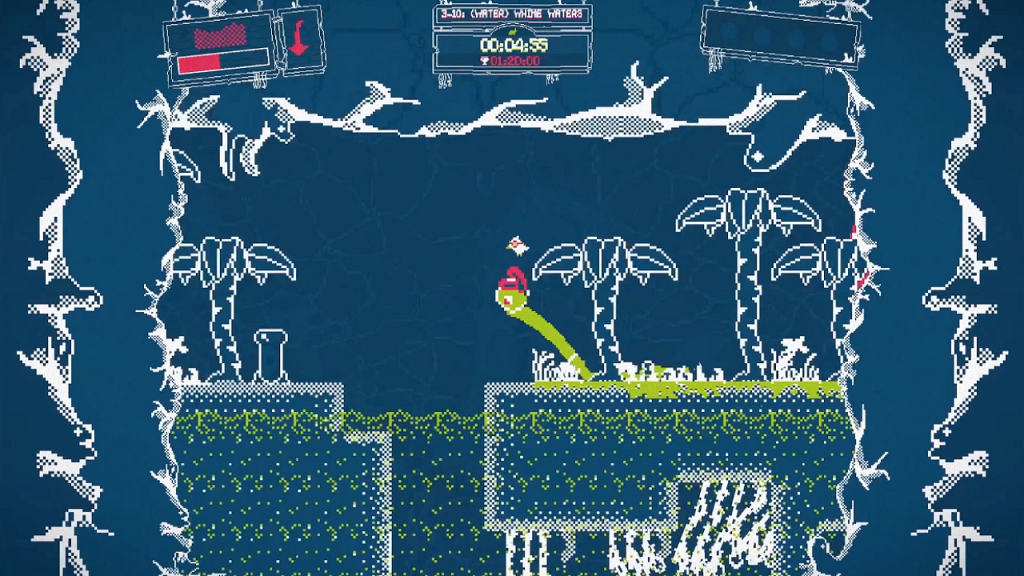 Whether you are dash-bashing through walls or squishing Slime-San to slow down time and make him able to pass through particular kinds of obstacles, you’ll be in for a stiff challenge very, very early on. Every level is small, featuring just about a single screen (or slightly more) of real estate, but mistakes will cost you dearly. Time a jump incorrectly, or fail to pull off a millisecond perfect manoeuvre and you will almost certainly be dead and back to the start. Take too long to think about it and a sea of stomach acid washes Slime-San away. Tough break, I must say.

This would be a pain if the controls in Slime-San were not as well handled as they are, but thankfully, developer Fabraz has absolutely nailed them. That doesn’t mean you wont die, because you will, but it does mean that it’s less about frustration and more about seeking self improvement when you do. Instant respawns and no real consequences, in conjunction with small levels mean that death here is rarely a big problem, and that’s perfect for the portable, throwaway gameplay of the Nintendo Switch. 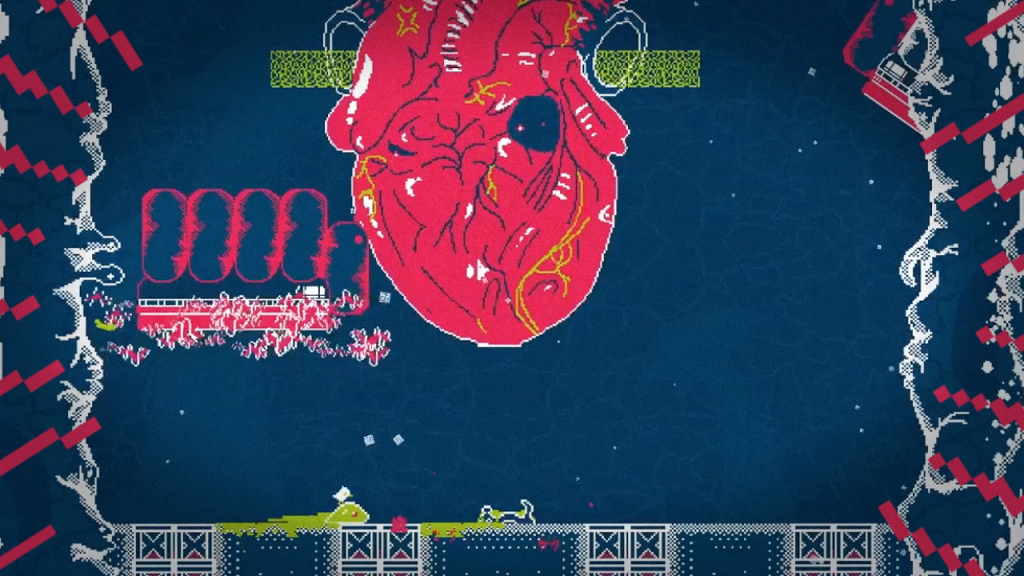 Slime-San actually looks quite good too, with great animation that makes the already unique visuals stand out. There are a few things that just look “crappy” like some of the in-game barriers, but overall I really liked the colour scheme in Slime-San. The sound isn’t half bad either, and whilst chip-tunes are never going to with a Grammy, you may find yourself humming them from time to time. Variety exists here too, which is a really nice and unexpected feature.

Another feature I liked was the ability to upgrade and change game features using little apples that litter the levels. Whilst these are only sometimes hard to reach, finding the time to get them can be tough as levels get harder, and it’s nice that there is a proper reward for doing so. Should you collect enough, Slime-San can visit a town and purchase upgrades that change how he plays in subtle (and not so subtle) ways. The kind of changes on offer are a bit like the difference between Mario and Luigi for example, and it’s good that players have some flexibility, particularly because there is a LOT to get through in Slime-San. 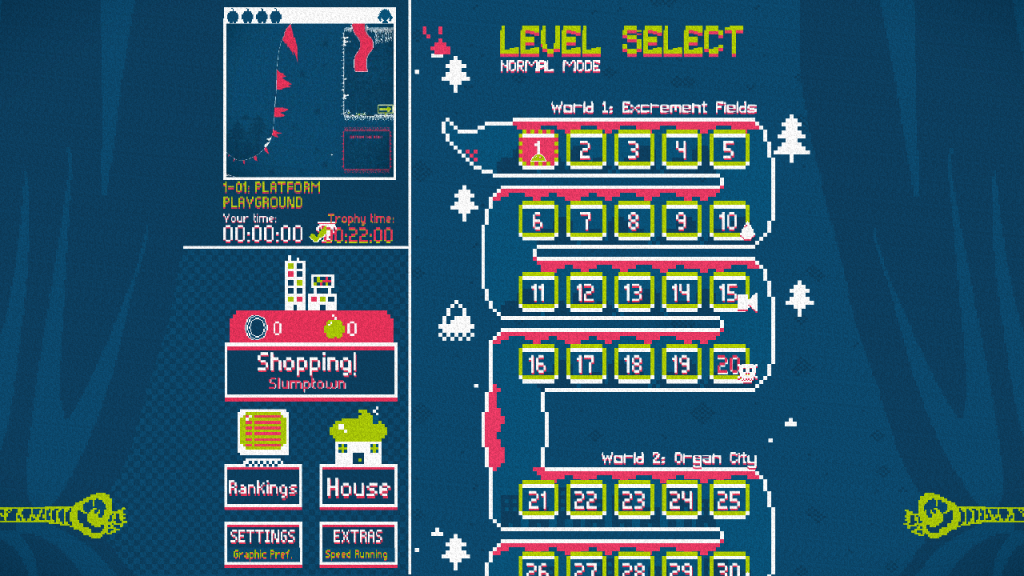 Yes. Not only is Slime-San hard at a macro level as you work out the way through each level, it’s also pretty massive in terms of the number of levels to play. There are also a million other options to play with, including Speed Runs and more challenging modes, for example. Again, this really suits the Switch in my opinion, as whilst I doubt I’ll ever play Slime-San on the TV following this review, I’ll certainly keep soldiering on when I am travelling.

And so whilst Slime-San is hard to recommend to everyone because of how tough it is and how the unique look might not be for everyone, it is nonetheless a fantastic example of how the Nintendo Switch can be used to support and enhance the offering of indie developers. It’s only a tenner, and yet it contains tens and tens of hours of content, should you wish to see it all. As a result, I recommend Slime-San highly, and if you are unsure, I suggest you give it a go and see what you think!