Battle Brothers, the unforgiving turn-based tactical RPG from Overhype Studios, is due a major update early next year which adds retirement, ambitions, major map crisis and more to the early access title.

In a blog post released on Friday the developers of Battle Brothers confirmed details regarding a new end state of the title, due to be pushed out in a major update next year.

The post details retirement, an option which then offers up one of five different ending videos, which also plays out details of your exploits as the head of the company, giving a final footnote to your campaign. 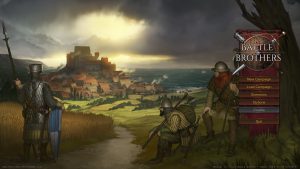 The patch will also include an ambition system which will alter the appearance and reputation of your band as you lead your men towards goals of your choosing; early examples include getting up to a full battle accompaniment, or saving up enough to afford banners to take to battle.

There’s also additions to the contracts and events, a revision of the mood and desertion mechanics, a change to the undead and ghoul units, the addition of a memorial wall, and steam achievements.

Most interestingly however, is the game’s end game crises, which add a major, world threatening event to the game that will create a major demand for your bows and blades. These include two of the larger human factions going to war, a greenskin invasion, or an undead march on humanity.  Ultimately, it will force yourselves against the best of three three most dangerous factions, in a tough, bloody march to the heart of the threat.

As a result of the update, the developers have stated that the game will now release to version 1.0 early next year, rather than the predicted Q4 ’16 target.

Still not sure what to make of Battle Brothers? Why not read our article on the game from last week?