It Takes Two — In Love with Couch Co-op

It Takes Two redefines what makes a couch co-op game great, with an engaging story, plenty of humor, and enough puzzle-solving to make our green tunic-wearing friend blush. While it’s not perfect, it’s perfect at what it is: A great game to share with a friend or loved one and experience a story that has certainly been told before, but has never been represented in such a way.

Most games start with a damsel in distress or a missing artifact stolen by a rotten scoundrel or something else fantastical and heroic. It Takes Two starts with two parents, Cody and May, considering a divorce, and while that may seem like a horrible place to start a game from, it’s one that makes perfect sense once you get into it. Their daughter, in typical fashion, magically transforms the two parents into two dolls of her own making. Now the two parents must work together to get back home and to their daughter.

A tale as old as time, as we’ve seen it in cinema flicks generation after generation, but in this premise, it totally works. It gives you a simple focal point: returning to loved ones, and then expands that formula by taking two people who by all accounts should hate each other, and forces them to work together in the craziest of scenarios. The dialogue is emotionally-fueled, there’s plenty of jokes and poking fun, but bubbling underneath it all, there’s a greater understanding of each other’s faults and strengths and they come out quite punctuated in this miniature-sized world. 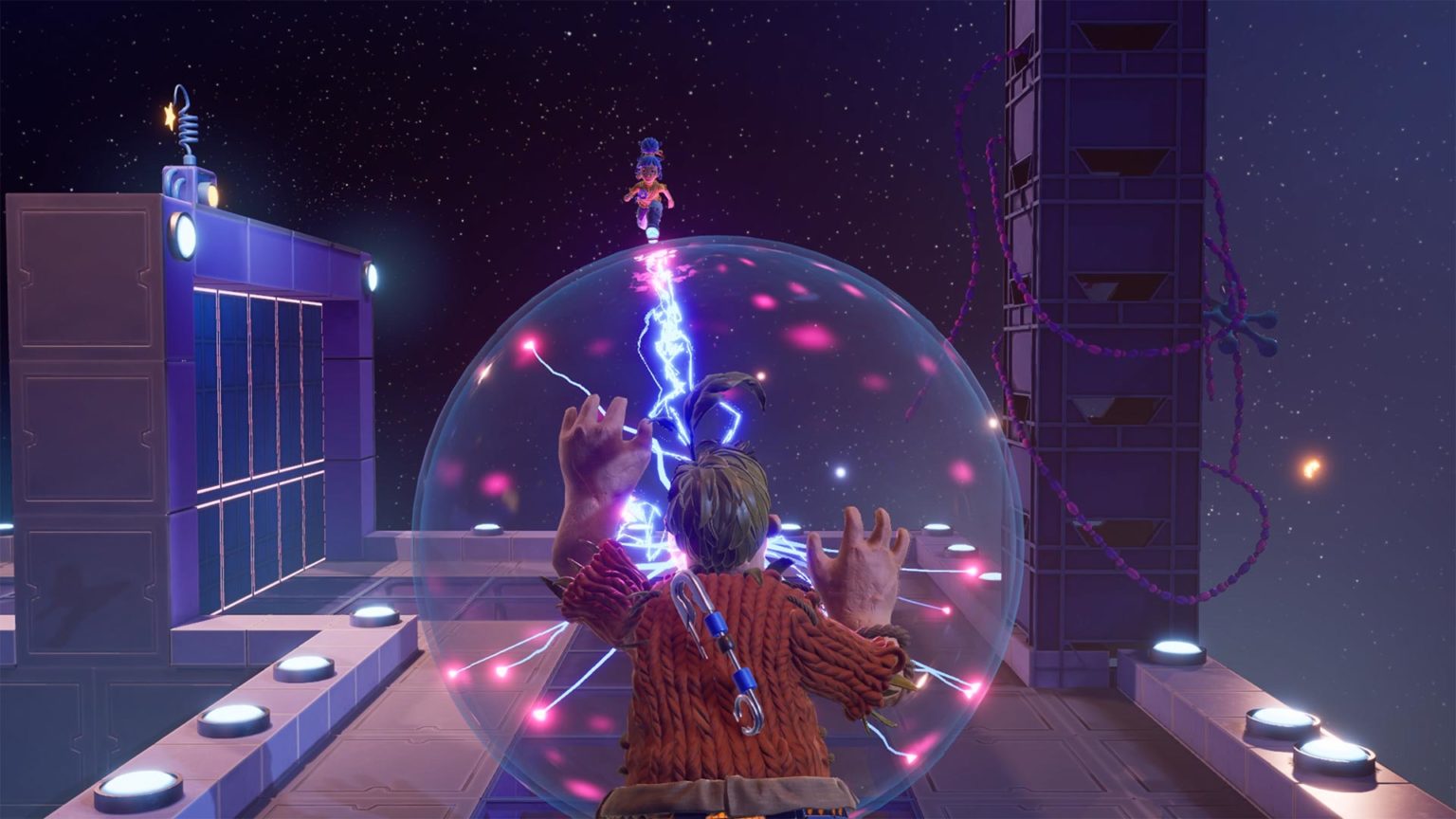 As dolls, Cody and May are now smaller sized and have a much larger world to explore as a result. Thankfully, the platforming you’ll be performing as you galavant around enlarged rooms and areas is spot on. Jumping, double-jumping, dashing, and running about feels good, surprisingly good, and makes the exploration a delight instead of a slog. It’s not just the movement, but what you do with it that feels so good. This is, at the end of the day, a puzzle-platformer, and the puzzle parts tickle your brain in a way that games rarely do these days.

The puzzles in It Takes Two don’t just fall in the two categories most puzzle-platform co-op games do, either move the platform while the other is standing on it or move ahead and create a path for the other person to follow. Instead, they use the ‘story’ of what is happening in the game to move it along. 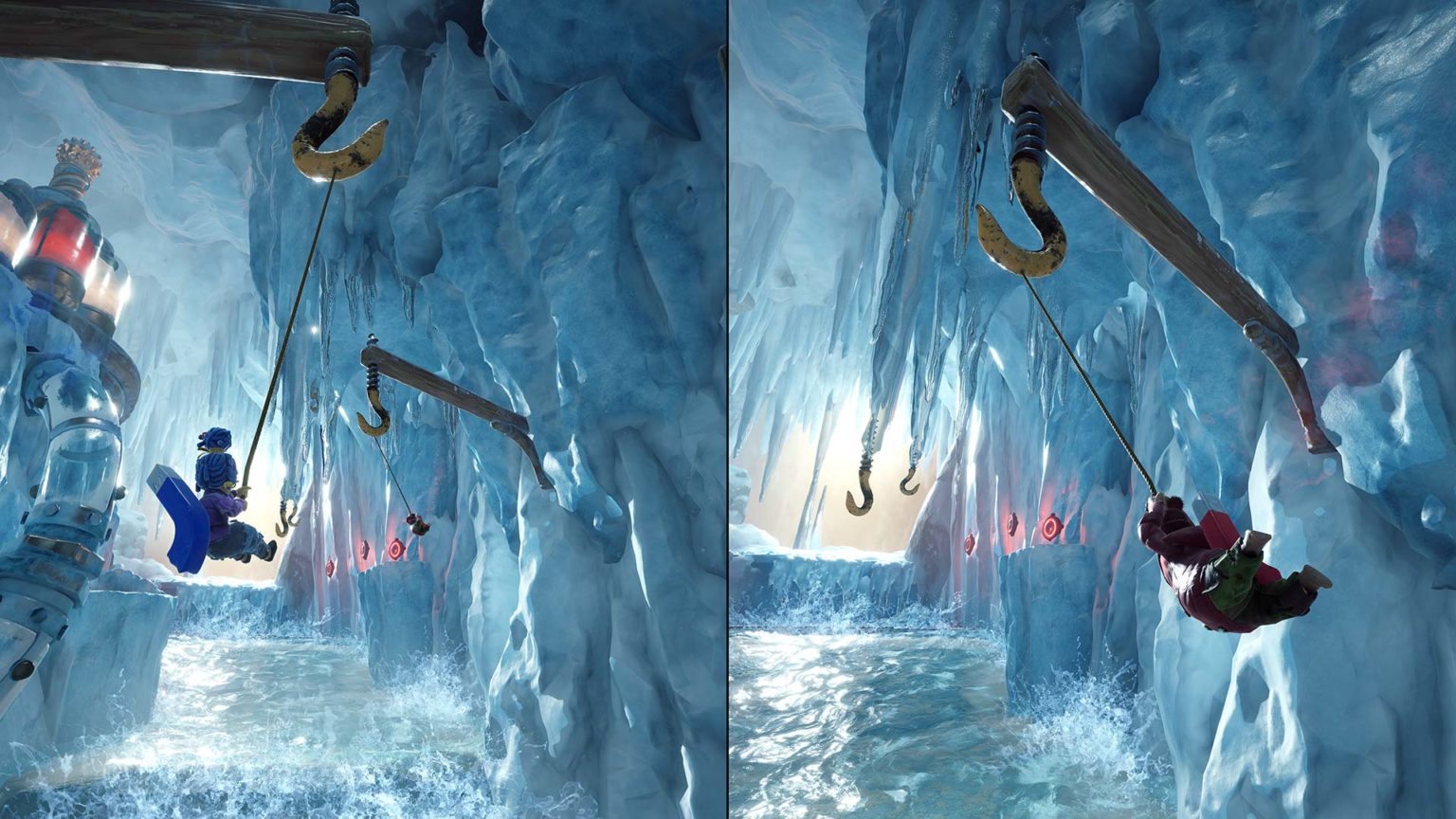 For example, in a section with an empty wall, one person throws nails for the other person to use to reach higher and further areas. It is clever scenarios that use the environment and weaponry or tools that make sense in this miniature world. Don’t expect the game to force you to do the same thing over and over again, either, as it’s always mixing it up.

Another thing that the game excels at is offering you mini-games to fill in any gaps of long platforming sections with an extra bit of excitement. There are a total of 25 of them in the game, and each one offers a battle against one another to prove who is best. Each one uses a part or object in the environment to provide this entertainment, which is just another way how the game manages to be so clever in its design, such as how they handled the simplicity of a cardboard box. Cody hops into the box and pops his head out of the holes, and May tries to bonk him with a hammer in a game of Whack-a-mole. It’s absolutely absurd, but this game loves to play to its strengths, and simply having this fantasy world where stuff like this is possible is a playground to make it all shine so brilliantly. 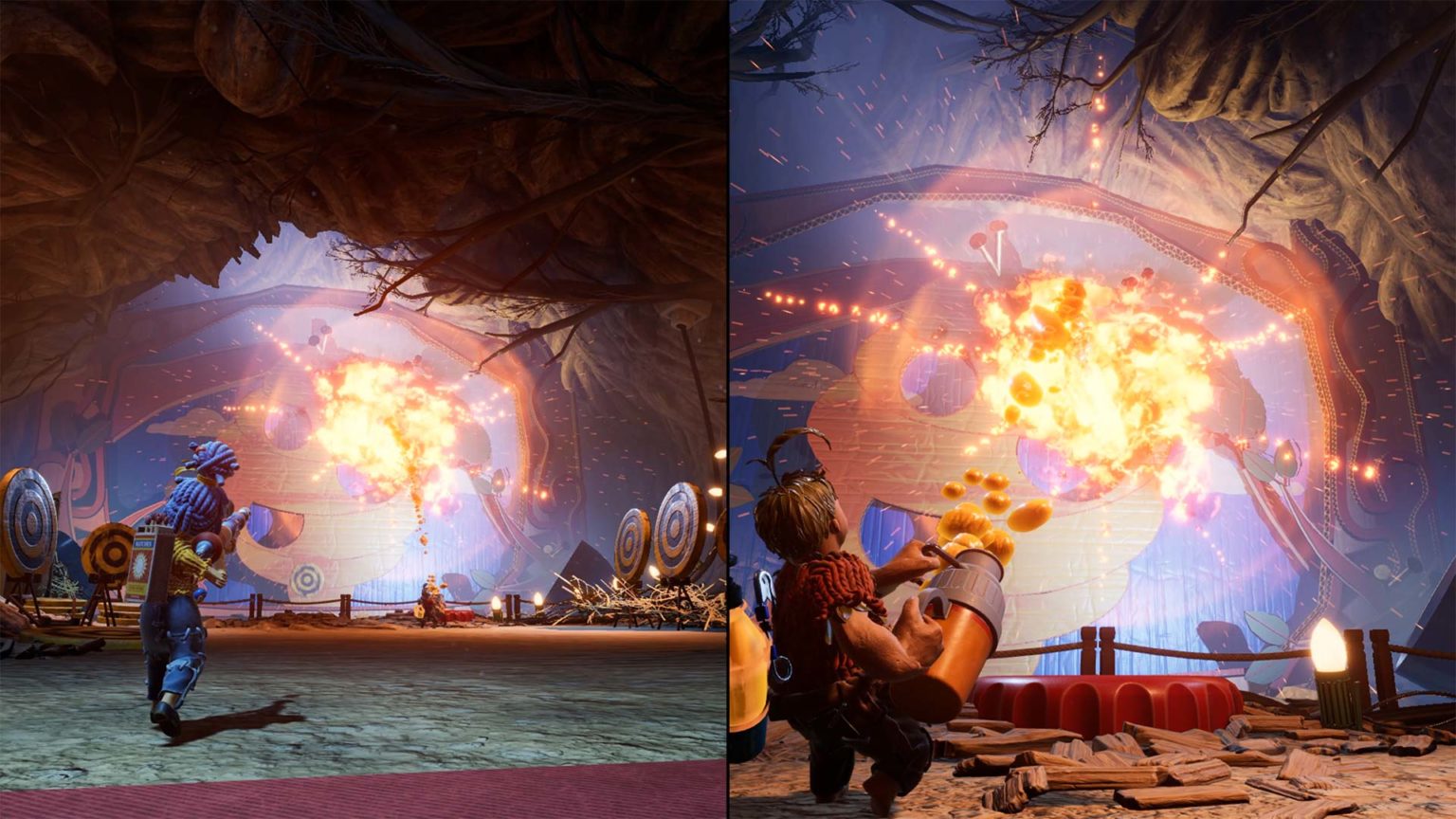 While all of the in-between is a means to push the story forward, it creates its own story between the players: one of cooperative escapades, and over-the-top action that keeps you always thirsting for more. It’s whimsical, sure, but it does it well and never feels too over-the-top where it takes you out of the experience.

It Takes Two is not only a great co-op game, but it’s an expertly designed puzzle-platformer that shows itself up with every new level and challenge. It comes at my highest recommendation for anyone who has a friend or family member who is looking for something new or looking for a way to connect with better. It Takes Two has some high challenges, but overcoming them together is something that is hard to describe, it transcends words and becomes something you just have to experience to understand.

It Takes Two is available now for Playstation, Xbox, and Steam.