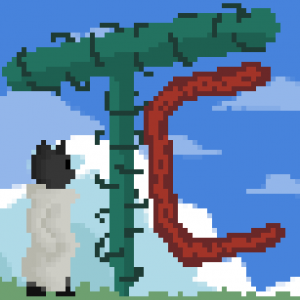 Travel through time collecting parts to rebuild your time-machine and correct the timeline.

The game actually looks fun; the ability to jump through 9 different ages in time as to get all of the pieces for the device actually sounds like an interesting idea; and while there’s certainly no killer mechanic in the game, it does seem like a decent enough little game to warrant my time.

As an early project for a developer that intends to make more games, this is a solid -and finished- project that would have received a lot of praise on other storefronts. On Steam, however, even as a free-to-play, the game will likely be quickly buried and forgotten by the majority of people. Certainly a shame, because what Time Crime does manage to do is deliver everything to a par; it’s only failing being that -sadly- nothing particularly seems to stand out from that par.

Time Crime doesn’t currently have a release date set; it’s due to launch as a free to play title for Windows PC.