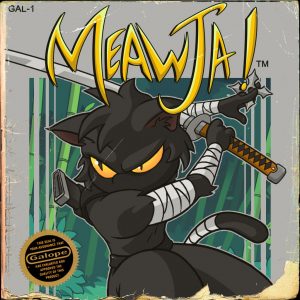 You play as a cat in the final stages of its ninja training – can you defeat the challenges set out by your five masters?

It looks like a high end NES title, fast, detailed, and with dangerous enemies requiring perfect timing. I especially like the idea of the mid-bosses and bosses, and it’s nice that there’s at least some justification for the war on nature that you go out on – it’s all training for your masters degree in ninja skills.

My only concern for the game is the fact that it’s levels only number five, but then we know from the description on the store-page that these are extensive levels (with few checkpoints) and so hopefully they will tally up to a good couple of hours play. If so, this is definitely something that I can get behind, and if you’re a fan of NES era platformers then I’m sure you will too.

There’s currently no release date for the game planned, however when it does launch it will do so on Windows PC, Mac & LInux.