Bookbound Brigade offers a novel twist on Metroidvania, but is it too tough for most?

I have to admit that sometimes as a reviewer, it’s hard to motivate yourself to play certain games. The idea or concept might appeal, but once you start playing, some games can feel like a slog. Whilst this is usually because they are bad games, that’s definitely not the case with Bookbound Brigade — which is a fantastic game that I just happen to be very bad at.

In Bookbound Brigade — which I was asked to review something like a year ago — the player takes control of a selection of characters from literary history. Some are fictional (like Count Dracula) and some are factual (like Queen Victoria) whilst others are perhaps a bit of both — like Robin Hood. 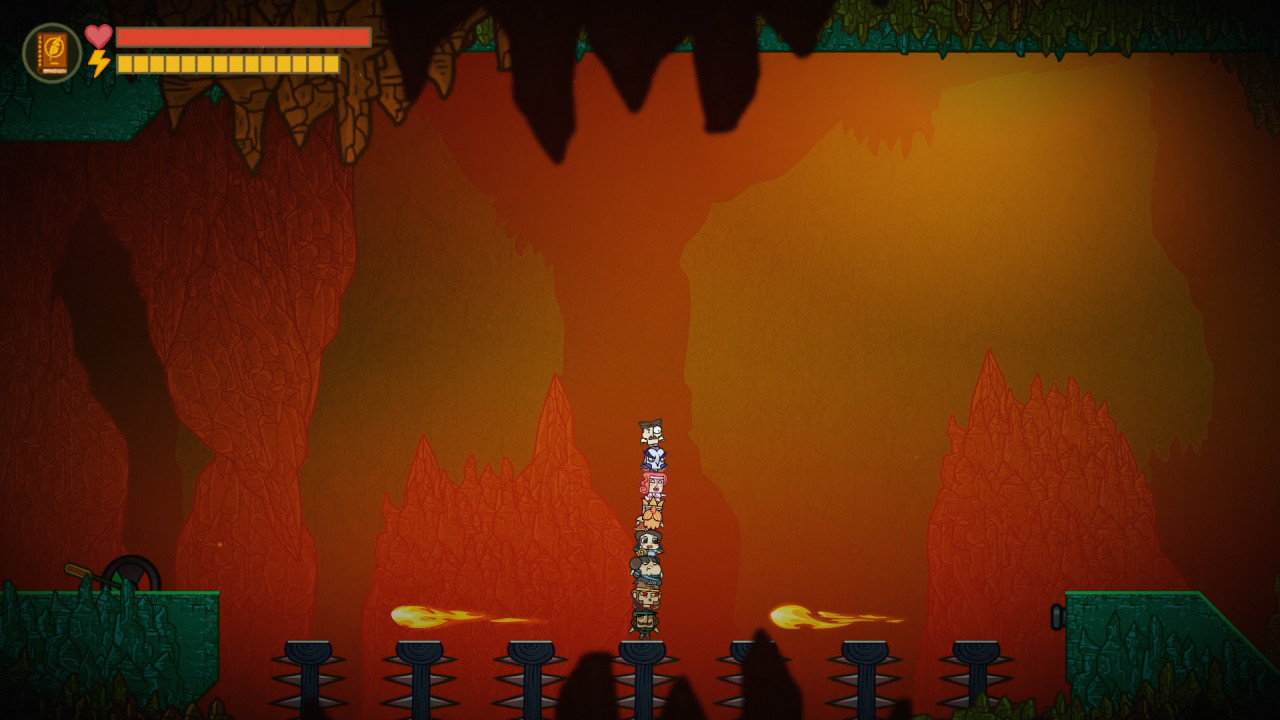 The unique thing about Bookbound Brigade is that the player does not control these characters individually. Instead, the characters band together in different formations to create shapes like the standard rectangle or a long, thin, vertical column. A lot of the game therefore revolves around formation management, which is mostly controlled by holding the left shoulder and then pressing a face button to switch to the desired formation.

At its heart, Bookbound Brigade is a Metroidvania style game that basically tasks the player with navigating the labyrinthine two-dimensional environments in order to solve puzzles (often involving new or non-playable characters) and unlock either the character themselves or a new power or ability. This, in turn, opens up new areas for further exploration.

All of this is presented beautifully. The graphics are presented in the kind of “hi-fi 16-bit” style that is so popular on the Nintendo Switch, and the characters, whilst small, are each easily identifiable due to their facial features, outfits and so on. The levels themselves are interesting and varied, and the monsters the Brigade will face are well animated and extremely characterful. 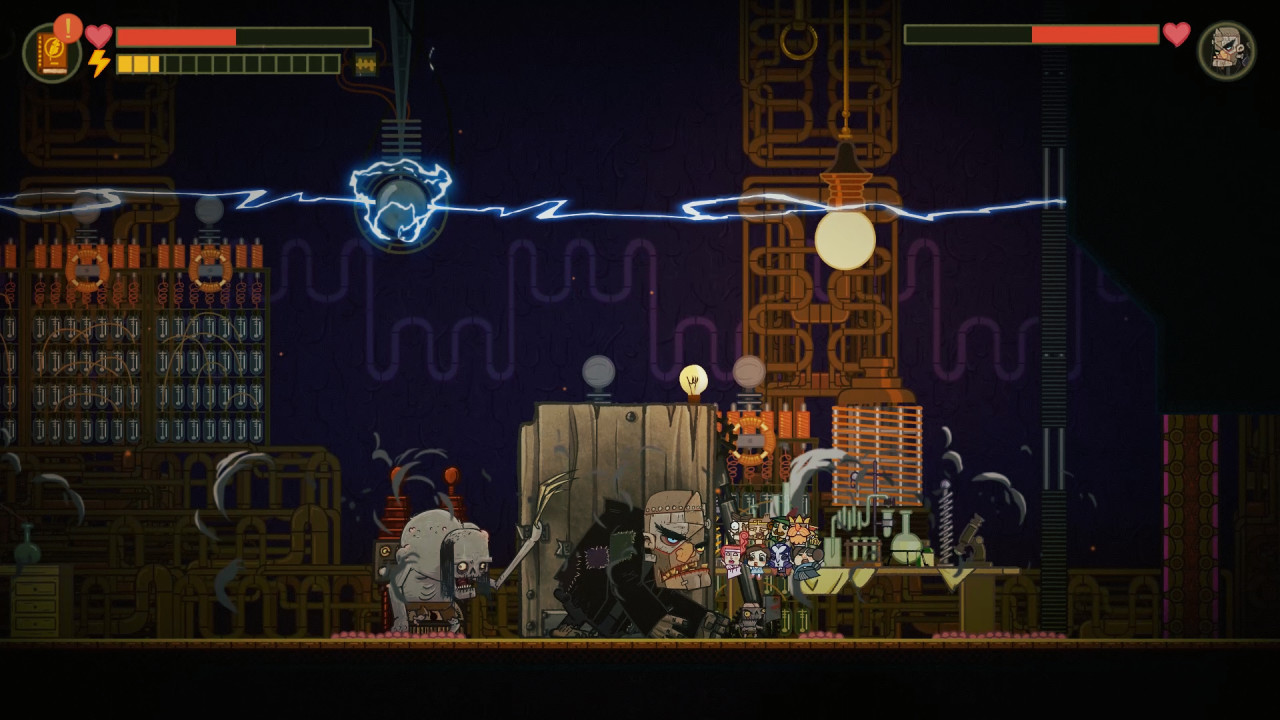 There were some instances where “something” in a level would kill me without me really realising that I was stepping on a dangerous terrain, or hitting an unseen spike (or similar) and that was annoying, but it was also infrequent. Doing battle with enemies can be a bit hit and miss whilst you’re reliant on the basic attack early in the game, and because it is very short range, battles devolve into simply staying close to an enemy and whacking — I perceive this to be a flaw in the way the game is presented because it is specifically linked to the large size of enemies and the small range of the attack.

Anyway, so far, so good. My (probably personal) issue with Bookbound Brigade is the fact that I have only been able to get through what feels like a handful of areas, and after four hours of solid play time (not a lot, I know) I still don’t feel like I’m making tangible progress. Once again, I accept that this is probably because I am not good at this game, but let me list a few of the issues I’ve faced, just in case they resonate with you. 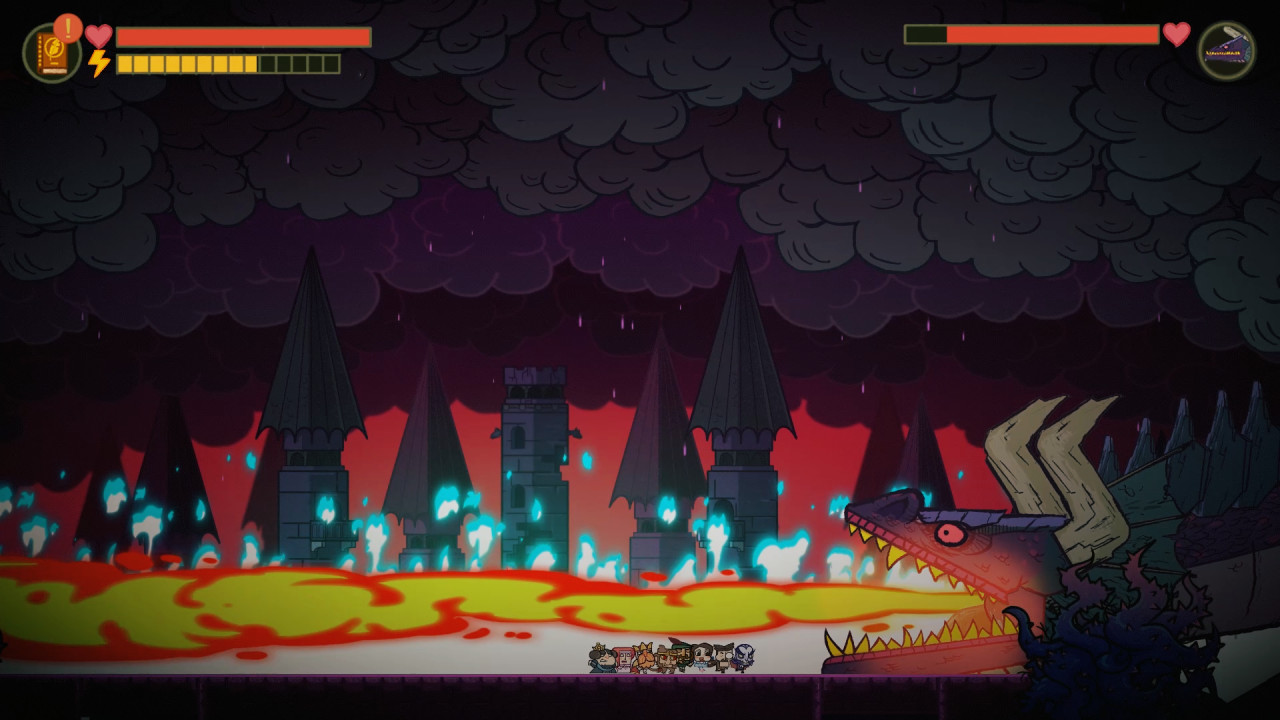 Firstly, whilst controlling the Brigade itself is quite easy, the controls and formations don’t lend themselves well to fine control, yet the gameplay demands it. There are sequences early in the game where you must jump between individual pillars one at a time, with a dead drop between them and fire (or similar) shooting up or down the gaps. In column formation, the Brigade is thin enough to do this, but because the column is tall and the top most characters will sway when you jump, the whole experience of navigating these areas is more frustrating than fun.

You will — or at least I did — have to repeat these areas time after time until I was able to get through them. Most of the time, I didn’t feel that being killed was my fault. Timing a jump is one thing, timing a jump and also the sway of a character that is four places up the chain from the one that it “feels” you are controlling is another matter. This kind of challenge is presented time after time after time in Bookbound Brigade. 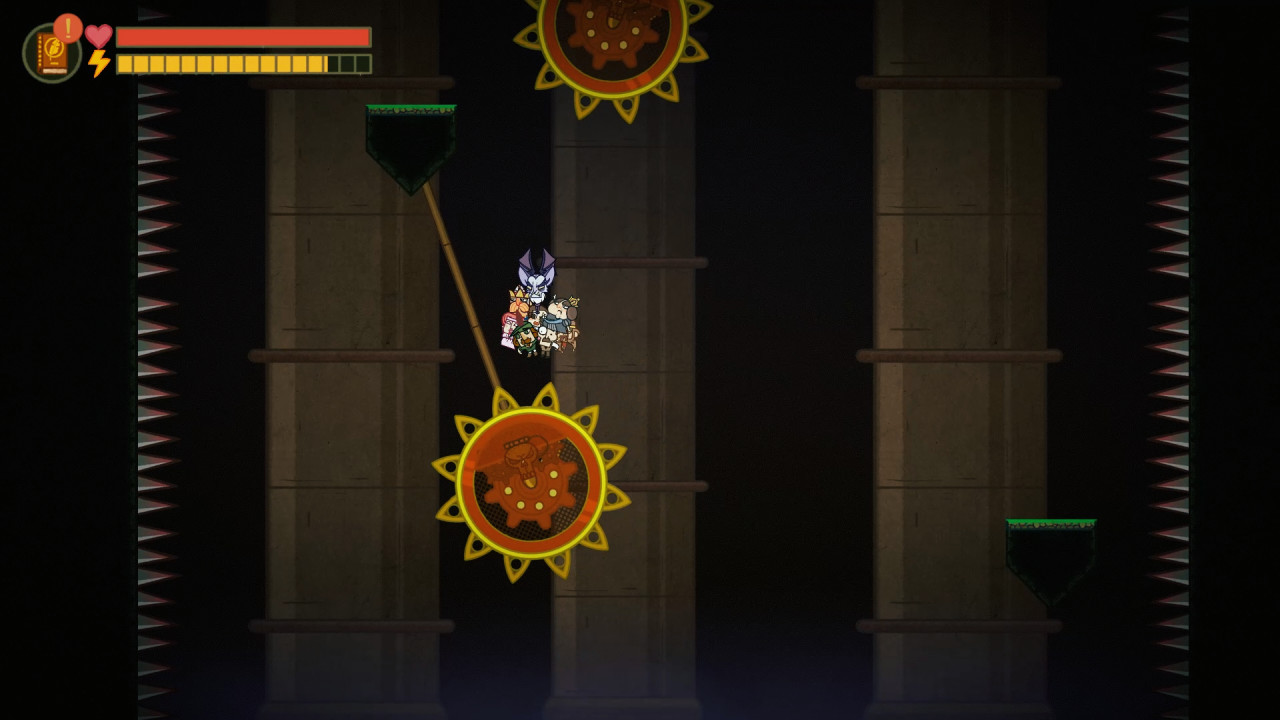 Combat, as I mentioned before, is also a bit erratic. I did unlock one combat ability in my time playing and that helped, but earlier in the game when you are reliant on the basic standard attack, combat is just a chore. Enemies are large and have a wide range of damaging area of effect attacks that can’t easily be avoided, and so literally the only way to defeat them is to stick to them like glue and hammer the attack button — sometimes you win, sometimes you lose, but either way, you won’t feel like you had much to do with it.

And that’s it, really. Before I finish, I will apologise to the publisher who provided this game because for whatever reason, I am later than I should be and I’m sorry for that. However, as I’ve outlined above, I had a tough time with Bookbound Brigade and I think a lot of other people will. That said, it’s good looking and a very novel idea that has loads of potential. With a few refinements, I think I would have really enjoyed it, and if you have more patience and talent than I have, you may well enjoy it.

You can find Bookbound Brigade on Nintendo Switch, PS4 and PC.