When it comes to the supplied charging stand for the Nintendo Switch, you are able to charge your console and the two controllers attached to it, but charging the rest of your controllers isn’t supported. If you, like me, tend to have a bunch of controllers for your console, it might be worth looking into controller stands — which is exactly what we are looking at today with the Arrow: Charge S.

The Snakebyte Arrow: Charge S has room for two sets of Joy Con and a Joy Con Pro controller to charge, all in a compact place with just one wire. It’s a really useful charging center, assuming you have the controllers to fit it. Handy for us, we have a few spare pairs of Joy Con for when people come over and play.

The design of the Arrow: Charger S gives you space to slide in two sets of controllers. These slide in easily, the same way that they slide into the Nintendo Switch itself. Once in, these controllers are actually perfectly stable, something I was worried about initially. There is a dongle for the Pro controller, which is quite small and can be plugged into the input for a charger on it. Once the dongle is in the Pro controller, you can just slot this controller in on the front of the charging stand. 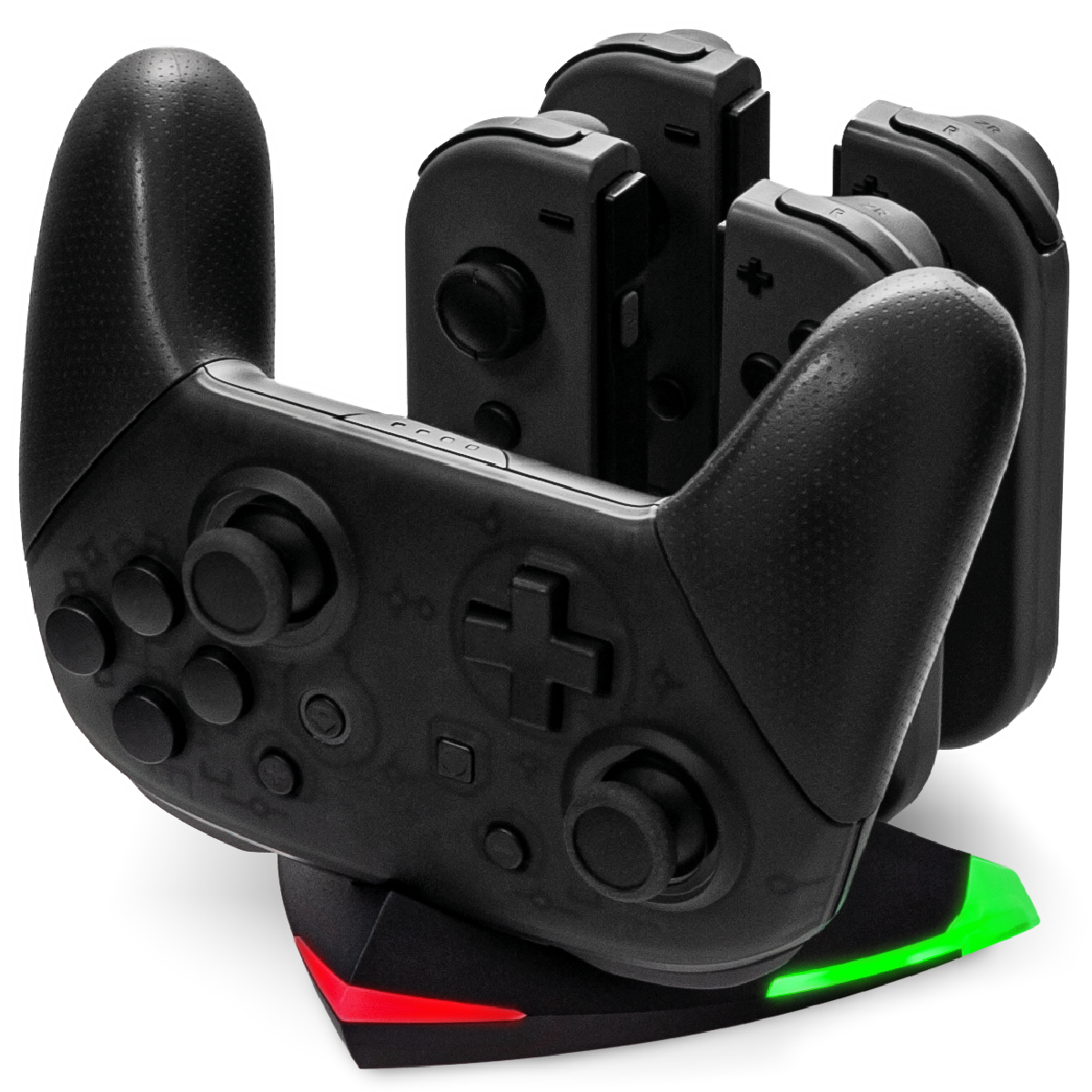 The stand itself glows — red when it’s charging and green when the controllers are fully charged. This is visually quite nice to look at, but also serves its purpose to tell you when items are charged. It nicely matches how our Xbox controller charging stand works. The Arrow: Charge S comes with a charging cable for the stand. It’s worth mentioning that this cable is a USB cable, meaning that if you have outlets with proper sockets, instead of USB sockets, that you want to use then you will need to get this additional socket converter.

Overall, I found the Arrow: Charge S to be compact and easy to set up. It does it’s job of charging your controllers and looks quite sleek while doing it!

You can purchase an Arrow: Charge S on Amazon.