Want to drop nukes on elves, or level a volcano with a meteorite? World Box has you covered.

Titled on Steam as a God Simulator, World Box exists in an interesting space. You can play an active role in your planet’s human life, tweaking every element from sand dunes to volcanos; Or maybe you’ll just idling watch, occasionally interfering for a little chaos.

World Box has been in development for quite some time now and despite the Steam version that we’ve been playing not being available yet,  is available on Google Play and iOS right now. It’s changed a massive amount during that time, and while – from the UI and developer’s own missive – it isn’t near complete yet, it features well over fifty features as well as extensive terrain crafting and creature-creation tools.

It features four sentient beings: Elves, Orcs, Humans and Dwarves, each of whom features its own buildings, unit designs and cultures. It also features a mass of other creatures and ‘hero’ units; everything from rats through zombies to Cold Ones – a reference to Game of Thrones, rather than beer. That said, there are terraforming ants, dragons, Santa and even another hand (like your cursor) that slides around the screen messing with things. 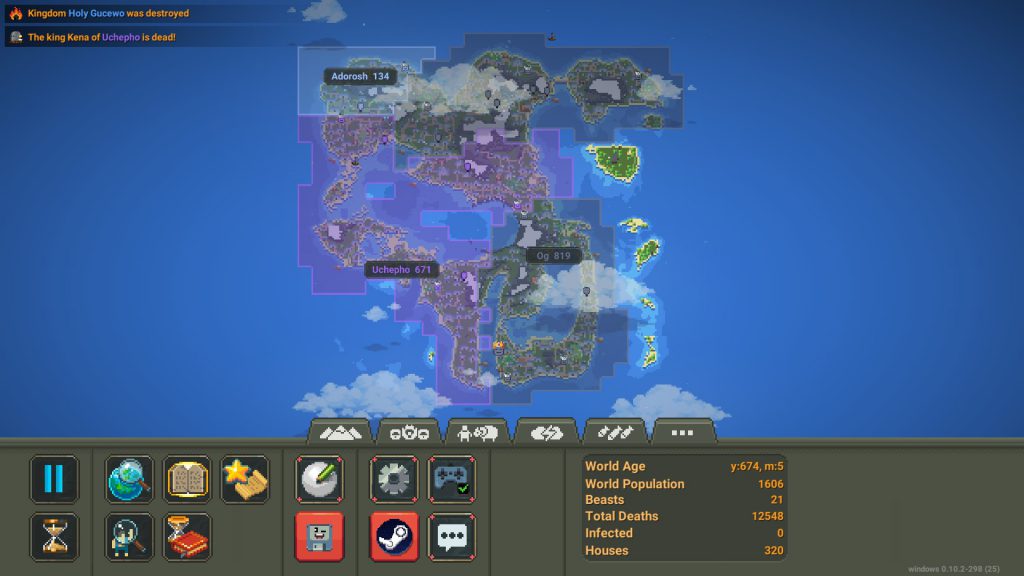 Each time you boot up the game you’re given a randomly generated world. These are especially well generated, with peaks and valleys, as well as sandy shores, trees and the odd bit of flora and fauna. I do wish that there were tools for World Box to generate in more islands/landmass like this once the initial phase had happened, as I’m not patient or adept enough to use the included tools to paint coves and mountain networks onto the world in the same way that it can.

After the map has spawned in you can load, save or get to work on populating it. It’s just a simple select and drop affair, with no costs or unlocking of options required. You can immediately plug any volcanos or spawn as many more as you wish – or spawn some grey goo, or launch a bowling ball at the world.

Where, in my opinion, it all gets fun though is when you start popping down the sentient beings. Once dropped they race off to settle a town, start building houses, gathering food. You can click on each of them. They’re named, they have favourite foods, inventories, traits, hometowns and cultures. You can favourite them too, ensuring that you can keep an eye on Ychir the Atedab human and their exploits. They might make king, maybe they get a shiny, historical artefact to use as a weapon; maybe they’ll die of starvation trying to found a new village. It’s fun to watch it all play out in real-time, and impressive how much information is plugging away at once. 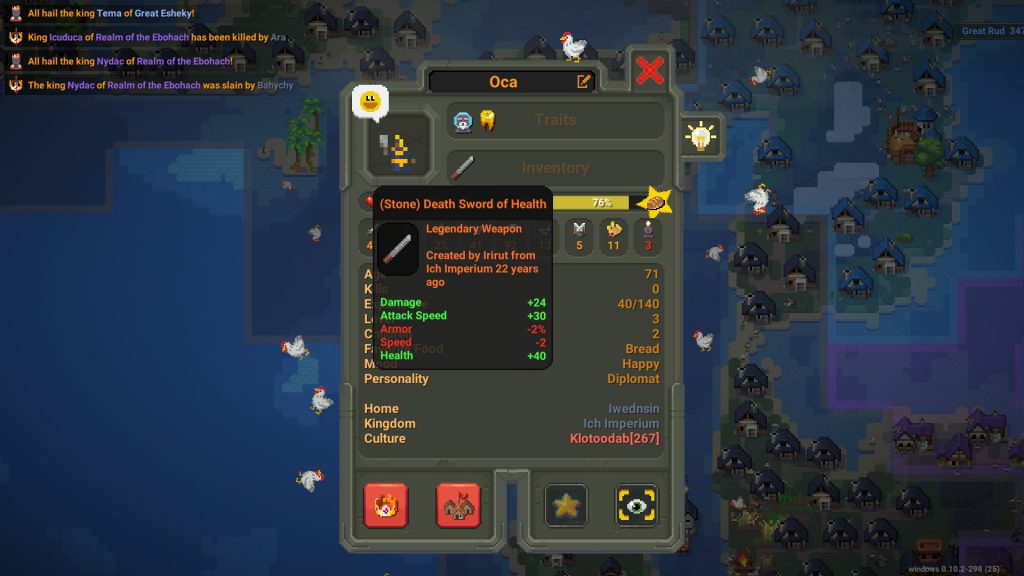 In that way, it’s quite similar to grand strategy games or simulation games. I’m a massive fan of Crusader Kings and Football Manager because of the sheer amount of data all working at once, and so this ticks many of the boxes that I look for in games. Recent updates to World Box have made it even more appropriate too. Aside from Nations and Villages, there’s now also Culture including, which carries with it technology. It crosses over between villages or even nations, and over time it causes certain areas of the world to develop beyond others. This new addition means that you can generate 1000 years of history (I recommend speeding up the game for this) with elves spilt all over the land before you dump human beings into a continent. This creates a gulf in technology and technique that we sometimes see dressed as low-magic fantasy in media.

I’ve been a massive fan of putting loads of beings onto a fresh, gigantic map, and letting them simply exist for hundreds of years without interfering… like an interactive, randomised screensaver. In a recent game, all I did was snub out a volcano, but otherwise, I let over 700 years of history play out over a string of continents. Empires rose and fell, there was an 8 year, global-peace where only one nation existed, but then rebellions tore them apart until over 100 years later when the world formed up and stabilised. Watching the territories move around was fantastic, and knowing that I could drop a nuke, sink them, or release zombies at any point in time – if I got bored – definitely felt like it captured the God simulation element of it. 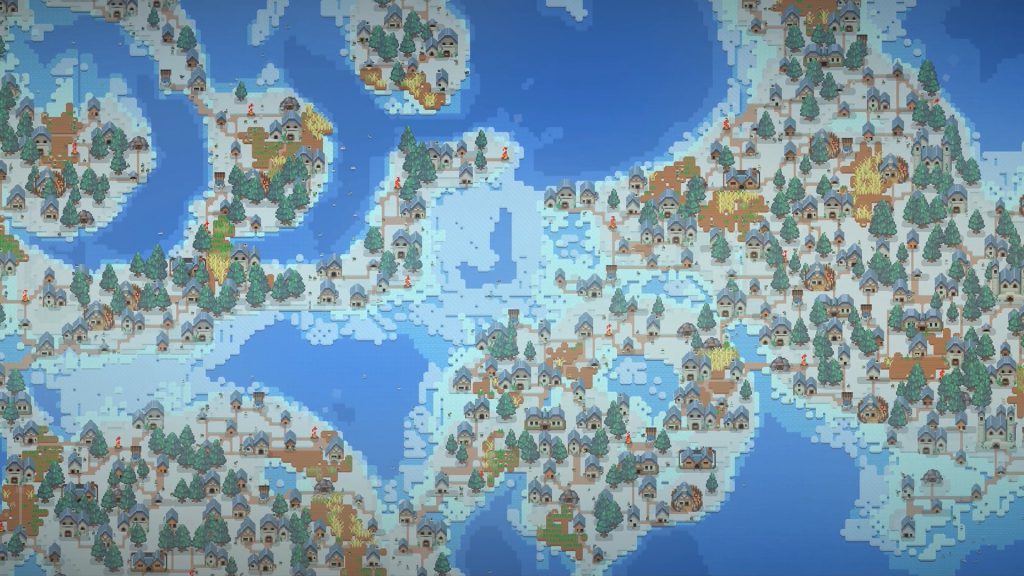 World Box’ future seems bright. At the time of writing it has just reached version 0.10.0, which certainly infers that there’s plenty more planned. It’ll be launching on Steam in the future, but you can grab it on mobile in the meantime.