Something is rotten in the kingdom

A game for those who love the structure of board games but have no time for turns, Wartile is a bouncy hoppy Nordic adventure, sailing across the seas to save your kingdom. Bounding across the Nordic Isles, Wartile’s gorgeous little dioramas are a joy to explore, full of life and little places to explore.

Following the death of your father, the reign of your Norse village fall to you. Tasked with defending your people from a strange supernatural attack, you must quest out to find the problem and save your village. Sailing across the Nordic Isles, fighting and destroying evil magical monsters to protect your people and your home.

Combat in Wartile is a strange affair, primarily player controlled, you can direct any of your tokens to engage the enemy, but by themselves they will fight anything that comes into range of them, making combat slightly floaty. Each of your little heroes has several abilities they can use, as well as the ability to pick up items on the battlefield and utilise them as well.

While the movements and positioning of your units is very chess-like (although hexagonal maps instead of the traditional squares), the turns are more freeform, happening continuously. Utilising the special skills each character has is quite enjoyable, each character working a different role to make an effective team. Juggling all of these characters, rotating your team to keep your front line facing the enemy, whilst regularly using your teams abilities in addition to the special items found on the battlefield is at times a difficult task to manage, a small HUD showing your various characters and their current weapons and skills would be nice addition, as I spend a large amount of time flitting back and forth between my gang checking on how the ability cooldowns are going. 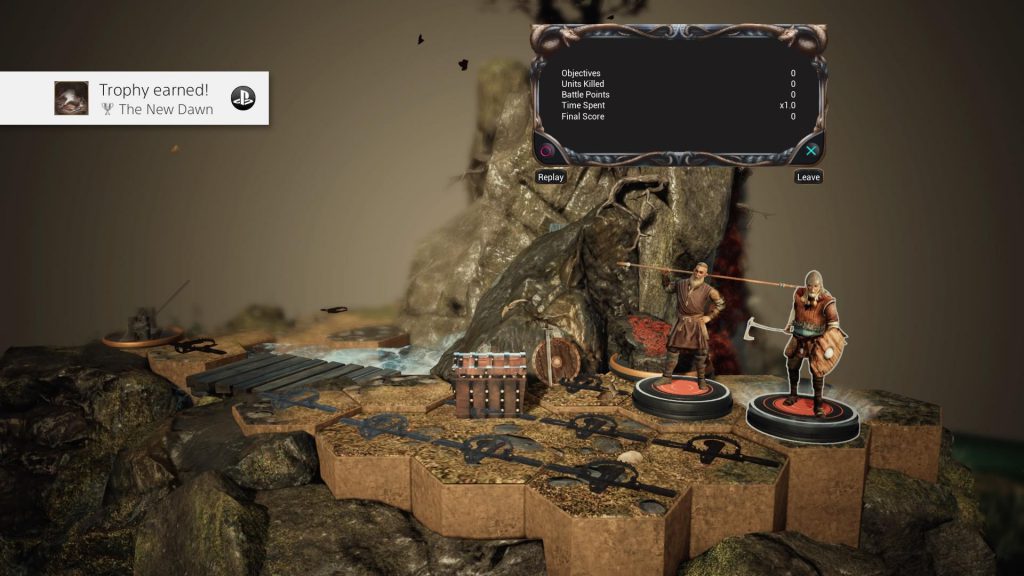 In between battles, the crew you take into battle on your longboat can be customised, leaving companions behind, or switching out their equipment and weapons for the battle ahead. The play styles you can cultivate via the switchable power ups are quite interesting, especially with the varied usages of the weapons, dictating the range you can engage the enemy at.

A fun little game, Wartile is a delightful little strategy game with a lovely artstyle and is available on PC, Xbox, Playstation and Switch. Go check it out.