Try and figure out who is lying to you in SNAKESSS

In this game, there is a gamekeeper, who will be the one in control. They will pass around character cards at the start of each round, flip over a question card from a deck of questions, and announce when people need to close their eyes and open them. But, before we go too far into gameplay, let’s talk about how the game really works. 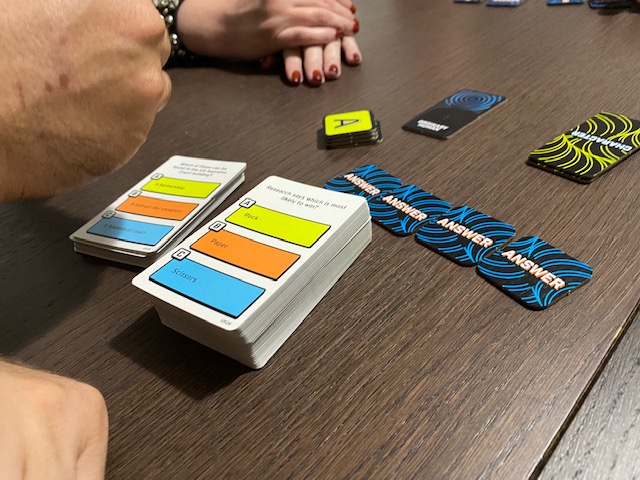 Each player will receive four tokens, which have the letters A, B, C and a snake. These will be face down in front of them, waiting. At the start of each round, everyone will get a character token that they can view but cannot share with the group. There are three types of characters, normal humans, the Mongoose of Truth, and Snakes. Once you have seen your character, you will know how you are going to play that round. 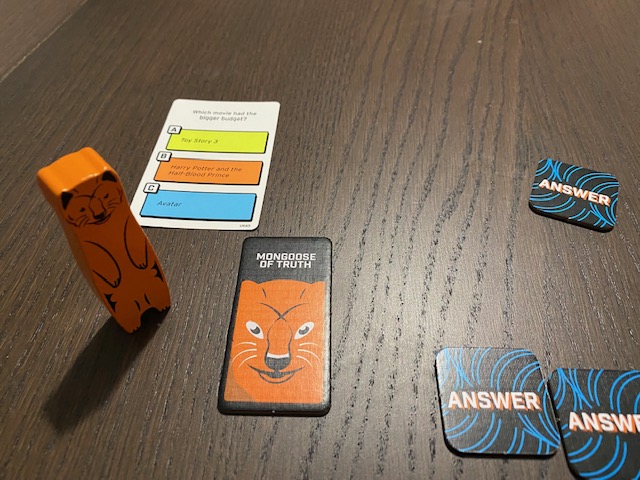 From there, a two minute timer starts ticking away, during which the group have to discuss the answers and make a decision on what they are going to vote for. The Mongoose of Truth does not know the answer to the card, but also can’t be a snake, so you know that whatever they are saying isn’t trying to trick you. It’s reassuring to have at least one person to count on!

At the end of the timer in SNAKESSS, everyone selects their answer, with snakes selecting the snake card. Once all of the cards are flipped, snakes get points for every wrong answer and players with the correct answer get points for every other correct answer, including their own. These points get written on an included chart, which showcases the six rounds this game is meant to be played in.

The deck of questions in SNAKESSS is really quite big, which is a huge plus to a game like this — there isn’t going to be a time soon where we get repeat questions or where we remember and know the answers to questions we previously have played. I feel if there were less cards, it would take away a lot of the replay value of this sort of game. Along with that, this game is really easy to set up, play, and understand. The hardest part is the scoring at the end, which still isn’t that hard at all. 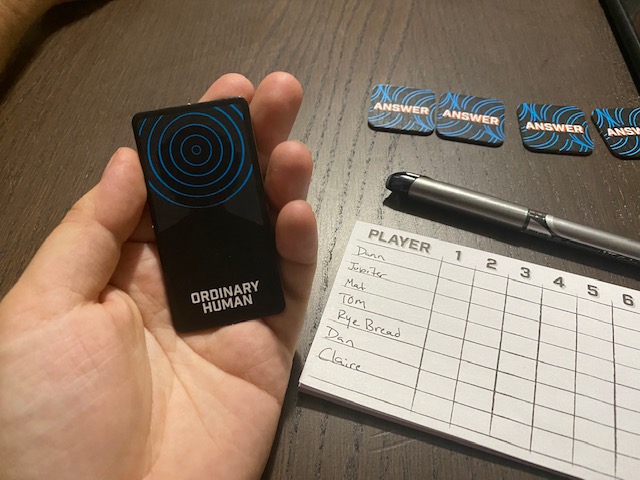 There are often facts I have never heard of before, that I had no idea what the answer is. And being a snake is sort of thrilling, as you try to come up with a good reason on why an answer that is not correct should be the one people choose. It becomes a really fun game of hoping your friends aren’t snakes, but knowing at least a few of them are.

We had a lot of laughs and fun with SNAKESSS and it’s a game that genuinely had me learning some interesting facts, which is always a plus, as you never know when I will be a part of a pub quiz!

You can find SNAKESSS on Amazon.