When I first played it on — I think the Xbox One — Thea: The Awakening rapidly became one of my favorite games. I played it so much, for so long, that I think I saw just about everything that it had to offer, and when Thea 2: The Shattering was announced, I rejoiced for days. Sadly, it has taken more than two years for the second installment to reach consoles, and rather than making a home on the more powerful Xbox and PS5, developer Muha Games has chosen to release Thea 2: The Shattering on Nintendo’s Switch console only.

From a technical perspective, it’s clear from the very outset that the Nintendo Switch is challenged by Thea 2: The Shattering. Whilst the text and menus are clear and fairly well laid out, with some fantastic hand-drawn images representing characters and monsters in the environment, the game world itself looks dismal.

For a game that takes place mostly whilst staring at an overhead view of a world map, Thea 2: The Shattering on Switch works hard to put the player off. The Switch’s low resolution and inability to deal with rich textures when contemplating a world the size of that in Thea 2: The Shattering, mean that most of the hex-spaces are completely bare. Yes, you can see a colour difference between grassland or plains, and you can see mountains or forests, these features are very, very murky and look almost smudged onto the map. 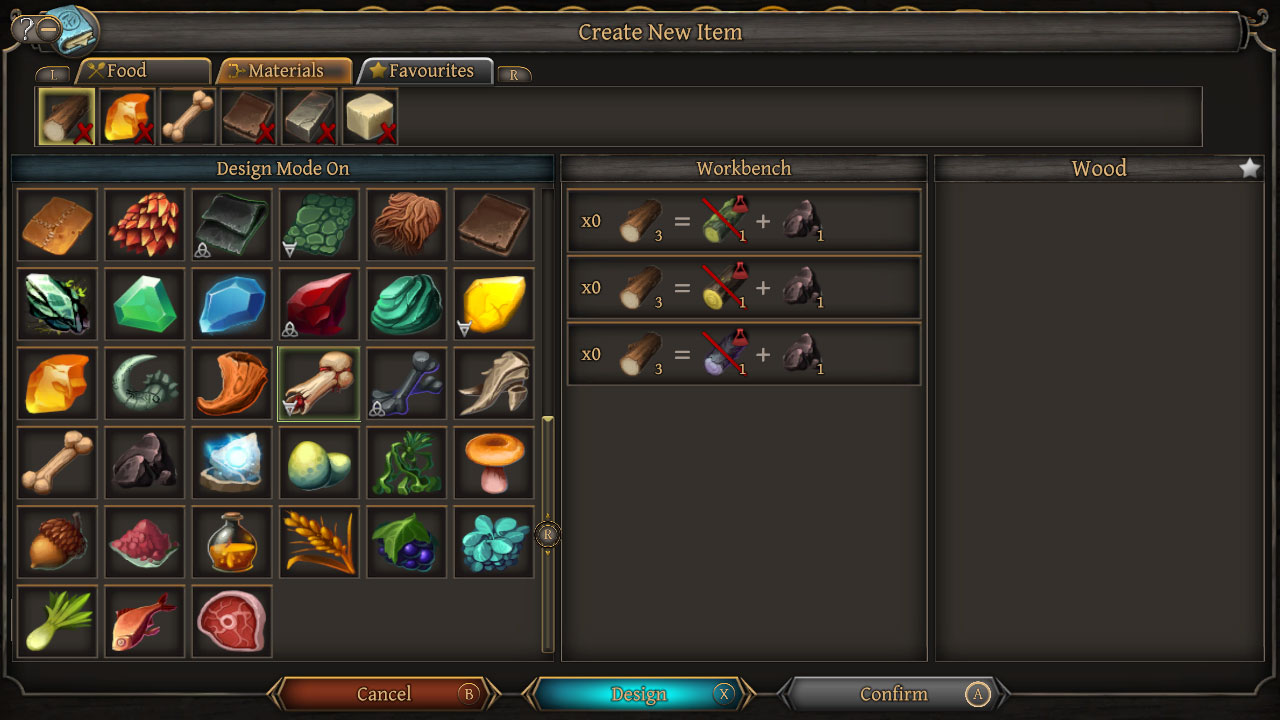 Thankfully, my love for Thea: The Awakening was enough to keep me pushing on — and it’s good I did, because visuals are not the only area where Thea 2: The Shattering will challenge console gamers. The interface, whilst clearly laid out, is difficult to control. Players will use their L/R and ZL/ZR buttons to manage menus frequently, with both sticks also used. All things told, these inputs effectively replace the mouse and keyboard from the PC version, but it’s clunky and takes a lot of getting used to.

If you persevere with how it looks and how some of the more pernickety controls play, though, Thea 2: The Shattering begins to reveal its considerable — nigh on unfathomable — depths. As a sort of explore, expand exploit, exterminate roguelike, Thea 2: The Shattering is designed to be replayed, and you’ll begin the game by choosing from one of two God’s, and then by performing basic customisation of your abilities and starting party members – including choosing your, erm, Chosen (the God’s favourite).

With each playthrough (whether you succeed or not) you’ll earn God points — these can be used to unlock further Gods and abilities, meaning that in theory the game should be slightly easier (or at least more customised to your tastes) with each play. Setting easier or harder difficulty level across a range of different aspects can affect the God points you earn, and one thing I would say that works well in Thea 2: The Shattering is how adaptable it is to your skill level — if it seems impenetrable (which it can) then don’t be afraid to just let your current game end, upgrade what you can, then restart with some of the setting tweaked down. 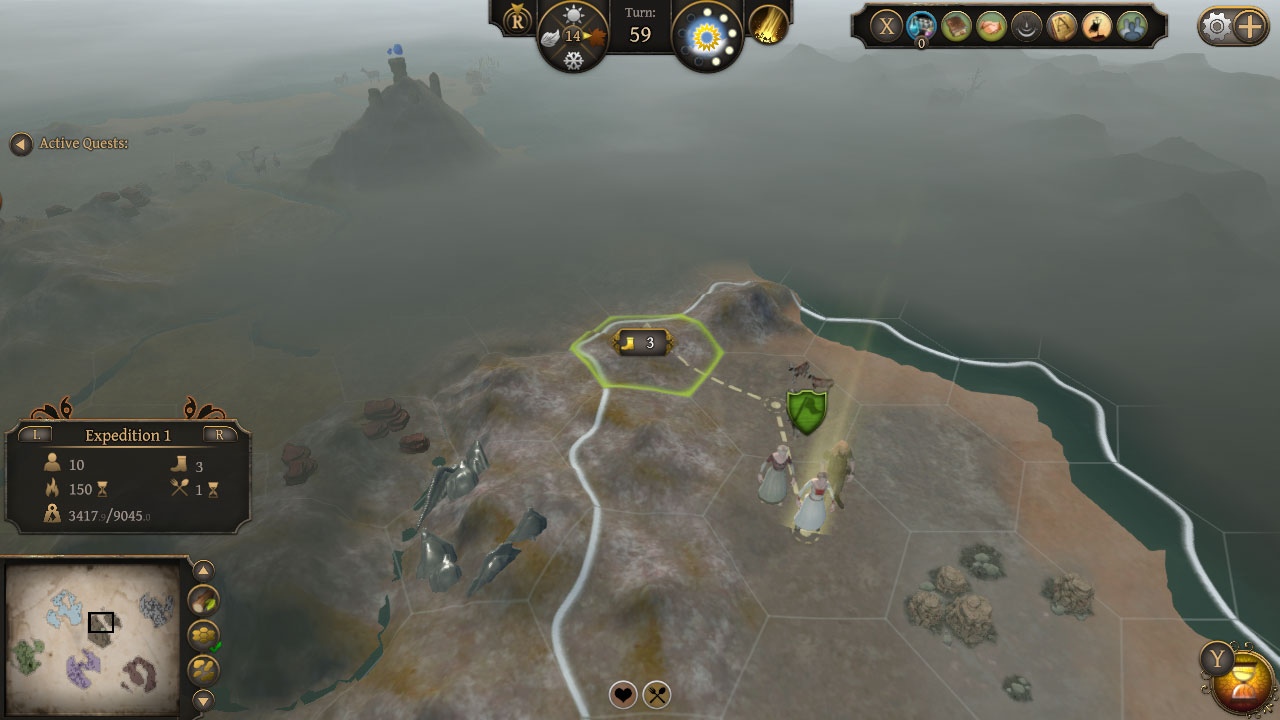 Once you do get more familiar with how Thea 2: The Shattering plays, you’ll find yourself moving your starting party around the map, unlocking various quest lines (the first four or five of which are always the same) and meeting the different in-game factions. There are no specifically bad or good factions, and depending on the characters in your party (which might include humans, demons, undead, pirates and many other subspecies and archetypes) you may have different options for dealing with each situation.

When a challenge occurs, it will fall into one of three categories, physical, mental or spiritual, and will be accompanied by a challenge rating. You’ll want to try and keep a balanced party (which is not easy) because whilst all challenges play out under the same method (which is via a card based minigame) your likelihood of success will be based on the attributes across characters in your party.

As an example, if you have a very physically strong, powerful party that can deal with (for example) a level five fight test with ease, then that same group might also be weak on spirit, and would likely fail a level one spirit test. Losing health, spirit or morale can lead to a range of negative effects, but in all cases, it ultimately leads to death. 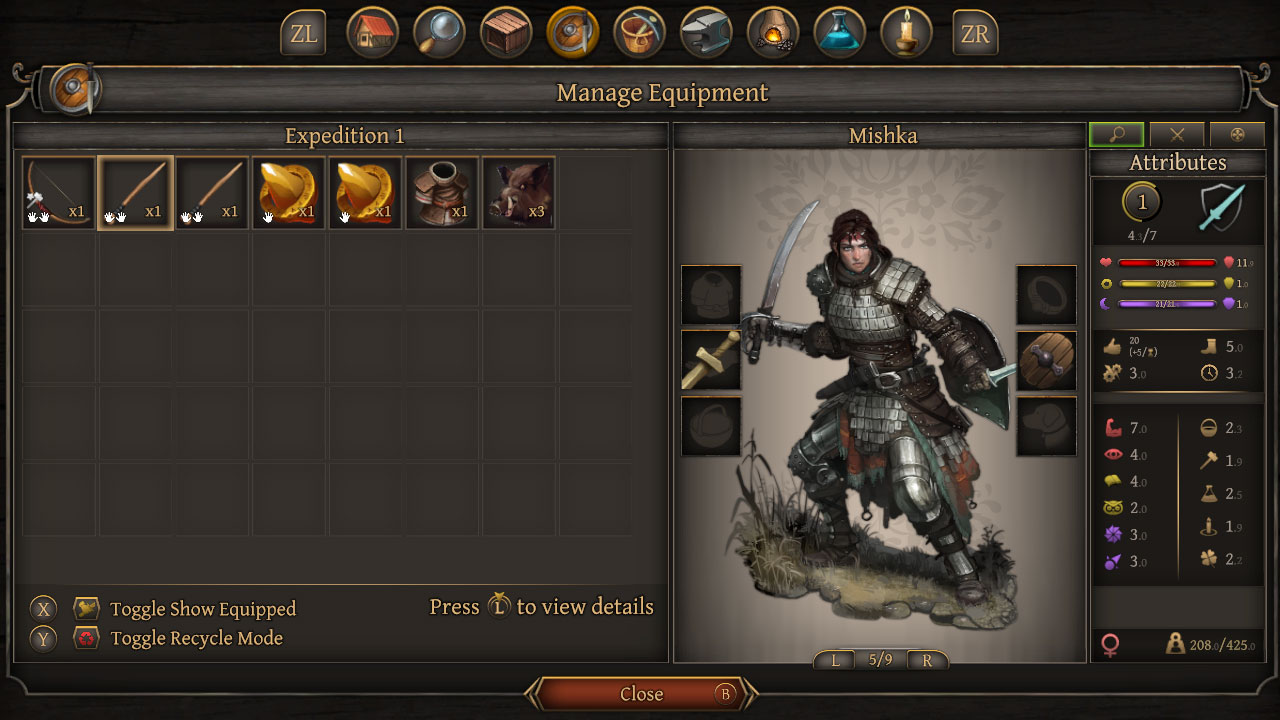 The card based minigame itself can often be auto-resolved — and most of the time you’ll do so if you have a decent chance of winning. When battles get tougher, you’ll want to take control yourself, but if the game says you have no chance of winning, the penalty for forfeiting the fight is often less severe than having every single character in your party beaten (very likely) to death.

If you choose to dive into the card game, then things get a bit weird. The physical version kind of makes sense, and each character on both sides of the board will be represented by a specific card, which will feature between one and four different attacks. Placement on the board matters, and it’s a simple case of balancing offensive, defensive and control skills to outwit your opponent(s).

The mechanic is exactly the same for spirit or morale (intelligence) based fights, however in this context, the card battles make a lot less sense. Cards still represent your characters, it’s just that now, each attack is something like a “barbed jibe” or a “clever retort.” I think this is done for the sake of simplicity, but in honesty I think I’d have preferred three different kinds of minigames. It’s not a big problem, all said, as I will almost always auto-resolve and never enter into an unwinnable battle, anyway. 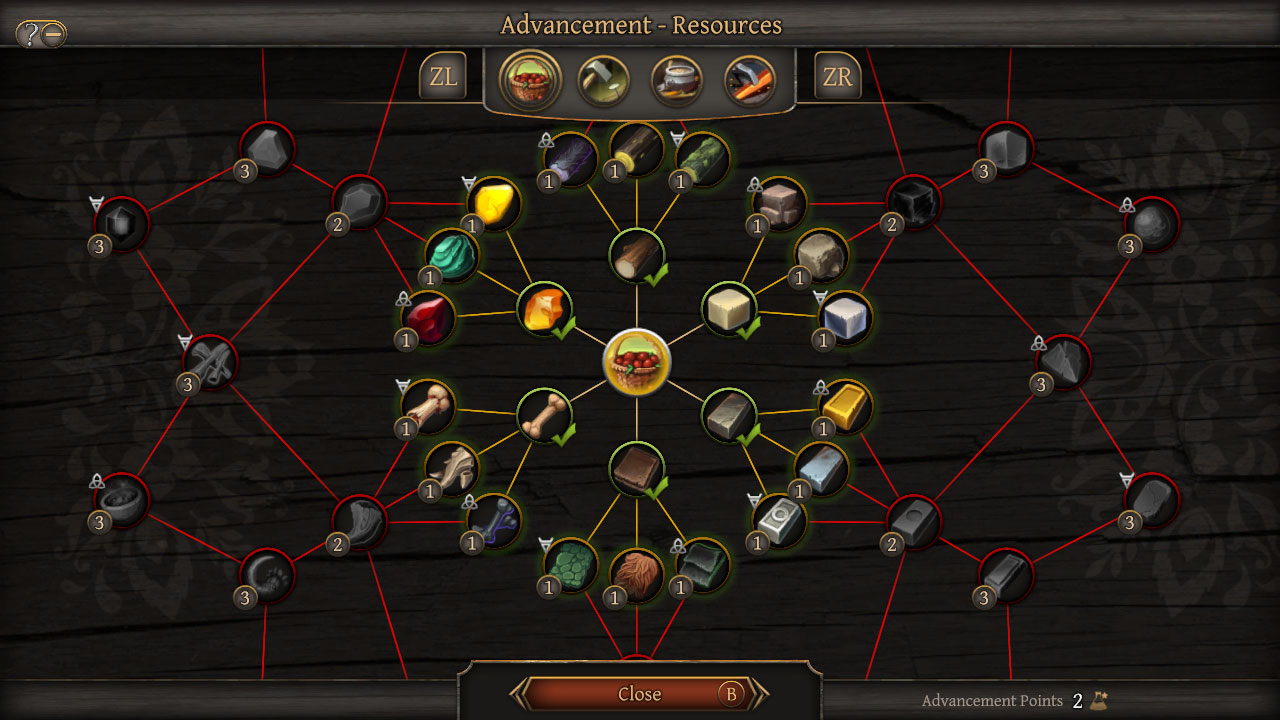 In addition to wandering around gathering from the hundreds of different materials on the map, you’ll likely want to build a town at some point. When you do so, you’ll then likely split your party into at least two (and at points you may even have enough characters for three or more groups). You may one day end up with a second village, too, but i’m not going to spoil how that happens, and in any case, you’ll never have an excess of people in Thea 2: The Shattering – the game names every character, and it wants (and needs) you to care about every one.

Where Thea 2: The Shattering succeeds is in its event system, which is fairly random after the initial pre-baked missions are concluded, and whilst you will see some crossover game to game, there are hundreds of quest lines. This is helped because the Switch release also includes Thea 2: The Shatterings only existing DLC — Wrath of the Sea. This ultimately means that there is the potential for hundreds of hours of content here, although I would probably argue that it didn’t feel quite as infinitely compelling as Thea: The Shattering did, to me.

Thea 2: The Shattering has a much more densely populated world (even despite the Switch version’s awful graphics) and as such, each event, character and encounter somehow mattered slightly less to me than it did in the original game. That said, more is often better, and in a lot of ways that is true here as well. Thea 2: The Shattering has lost some of its “specialness” but it remains a unique game, with fantastic art, music and storytelling, and a very strong mechanical underbelly. On a handheld, it’s perfect for casual play, and I think the choice to prioritise Nintendo’s Switch over the more potent consoles is justified as a result.

Thea 2: The Shattering is now on Nintendo Switch and PC.