With an eight year gap since Orcs Must Die 2, fans of the series could have been forgiven for thinking that Orcs Must Die 3 would never come. As it happens, this third iteration will be the first time I’ve dipped my toe in the series — all I can say about that is that I wish I’d experienced this fantastic series a little earlier.

Orcs Must Die 3 is a tower defence game with a very healthy dose of third-person shooter sprinkled on top. It works as either a solo or cooperative game, with perhaps the cooperative mode being more of a focus. There is one large campaign followed by a smaller one, plus an Endless mode and then a couple of other ways to play. 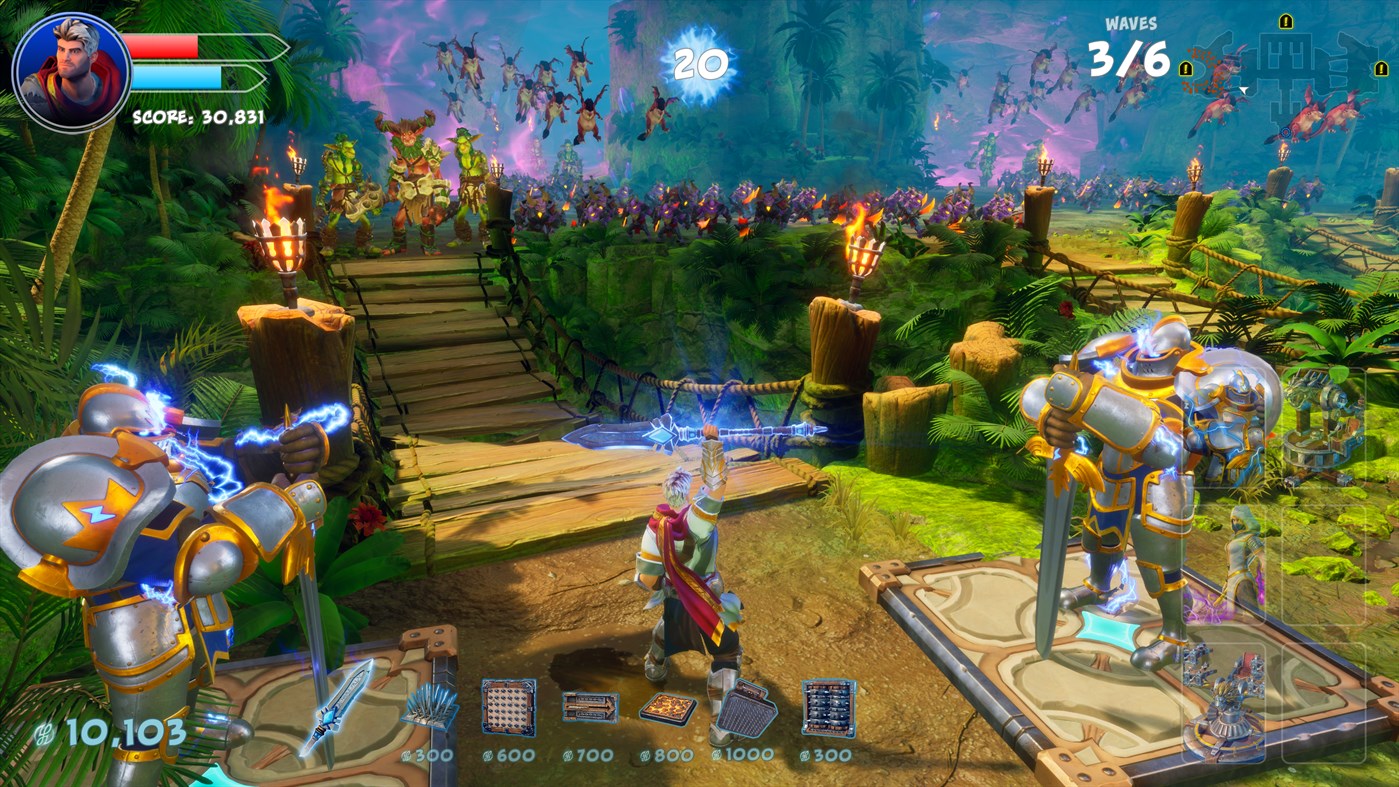 There is a storyline in Orcs Must Die 3, but I don’t think I am being unkind when I suggest that it really is paper thin. There are a couple of characters (Egan and Gabriella) to choose from (if you play solo) from the outset, whilst when playing cooperative you’ll each take one or the other without the luxury of choice.

In some missions, the game leaps backwards to past battles and the characters are changed, with one of those characters being unlocked when you complete the first campaign, and others (for a total of five) playable characters following based on other levels of completion. Each character has a unique weapon (that can then be used by others) and a special move which is absolutely tied to them. 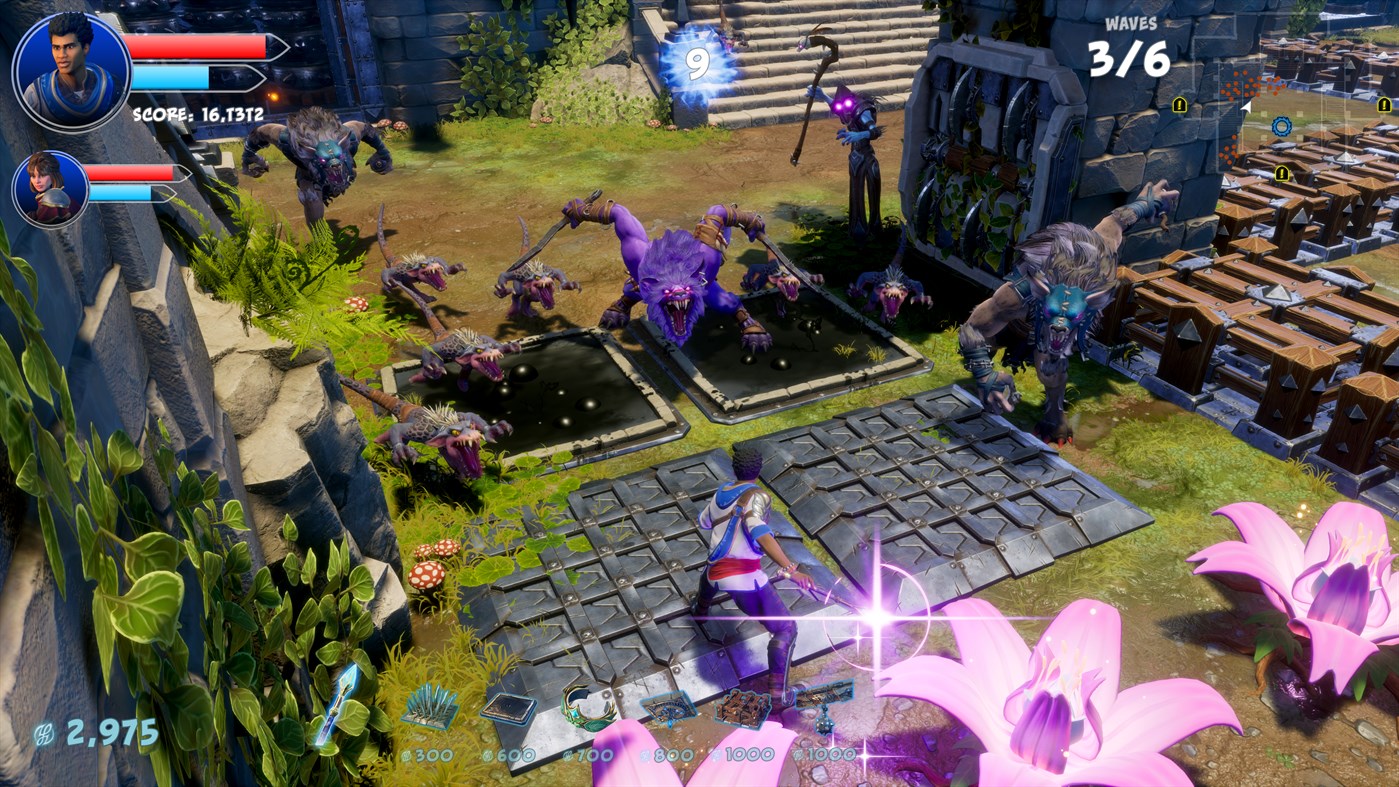 Levels come in two forms — regular and War. On each regular map, orcs and their supporting minions will spawn through one or more gates (usually two to four) and make their way through a series of different paths to attack your rift. If enough creatures enter the rift, you’ll lose the game. In War mode, orcs come at you in a similar way, but the maps are much larger, with an initial external area that leads into a castle where the rift is housed.

The only mechanical difference between regular and War maps (aside from the scale) is the traps. In both cases, the player(s) can set a range of standard traps that include floor spikes, wall spikes, ceiling lasers, fire-breathing dragons, and all manner of other chilling obstacles. In War mode, the player(s) also have access to large traps and weapons, including giant floor panels that flip enemies, catapults that need to be fired manually, or massed groups of elven archers. 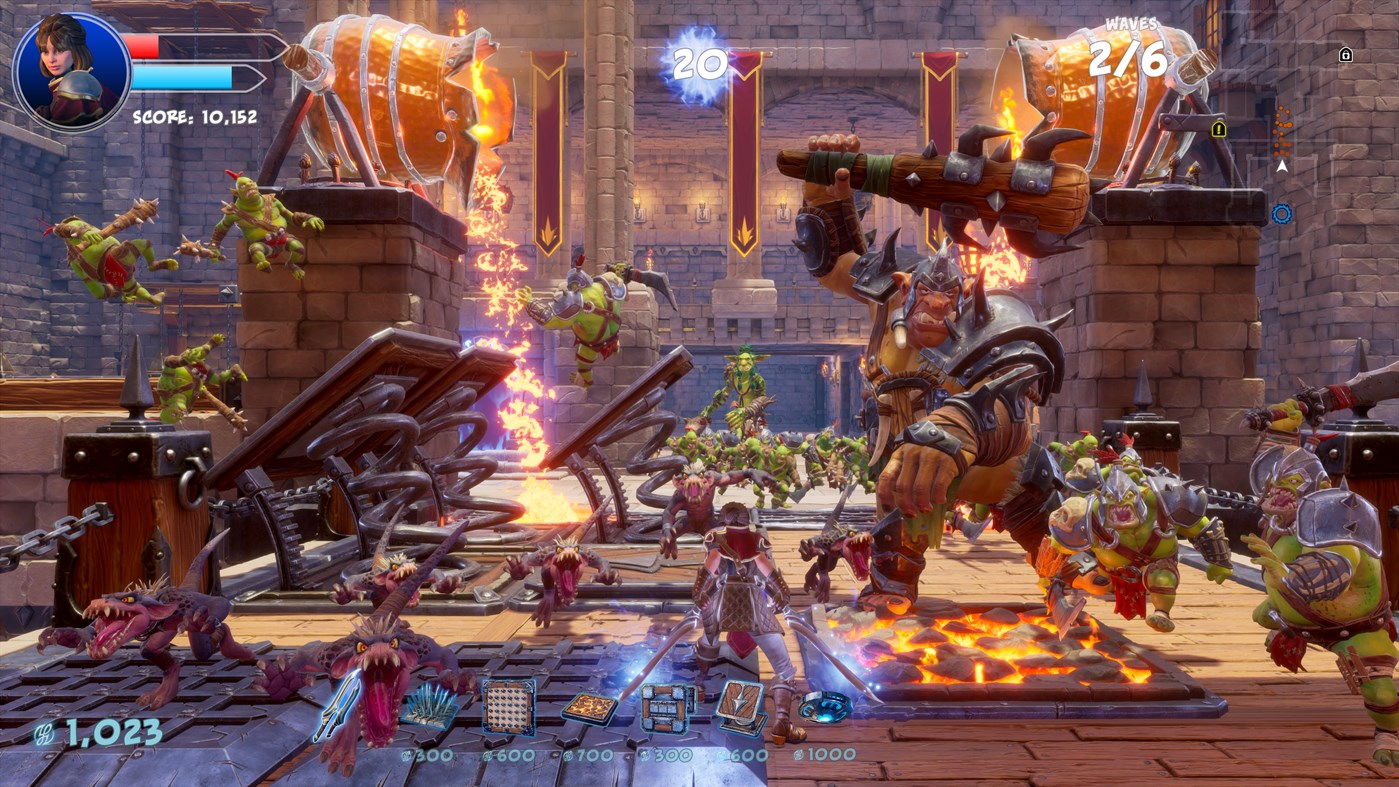 The laying of traps costs currency — which I think is mana but I must have missed the exact explanation — that is earned during play. Defeating orcs using either existing traps or your character’s own weapons (a magical bow, a shotgun, a staff, etc) earns mana, but you’ll also gain it between waves of orcs which may or may not come with a break during which you can actually set the traps.

This balance of both traditional shooting and dyed in the wool tower defence gives Orcs Must Die 3 a really nice balance between action and strategy. Early on in almost any mission, mana will be so tight that you’ll want to remove and reset traps based on where the orcs are coming from, and fighting them off using your own skills is absolutely essential. 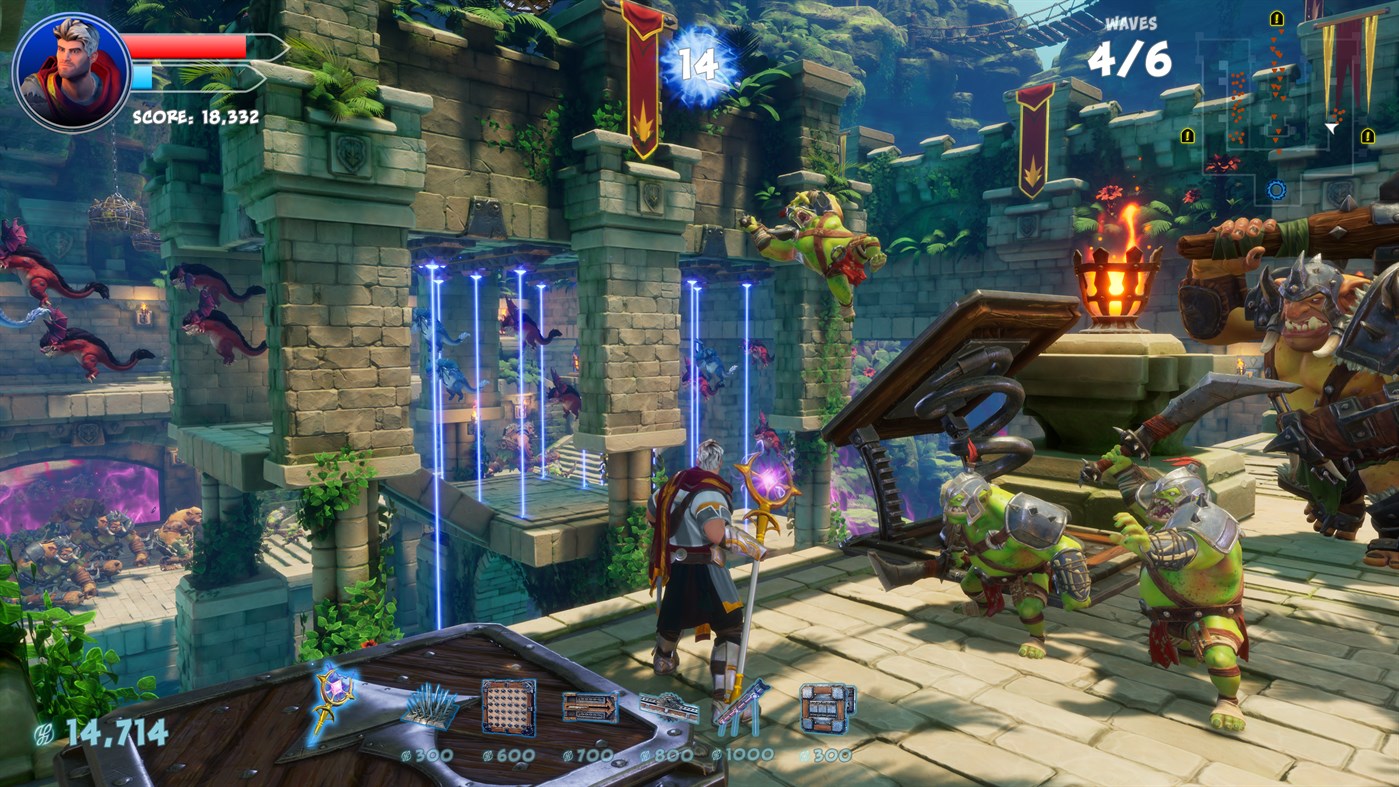 The dream in most missions is that you can get your traps to take care of at least one or two of the paths, ultimately funnelling all the orcs into some kind of killzone that ensures maximum efficiency per trap. In doing so, you’ll need to be aware of trap cooldown time, because if too many enemies (or the fast little critters that set off traps but are too fast to be caught by them) trigger them en-masse, you’ll have enemies passing through undamaged.

This also leads to decisions about trap selection. You might want to go for a high damage strategy with every trap, but actually, it makes sense to use traps like oil pits in between those damaging traps to slow enemies down. Some enemies are also vulnerable (or not) to different things, so your trap selection on a given level might matter more than it does on others. 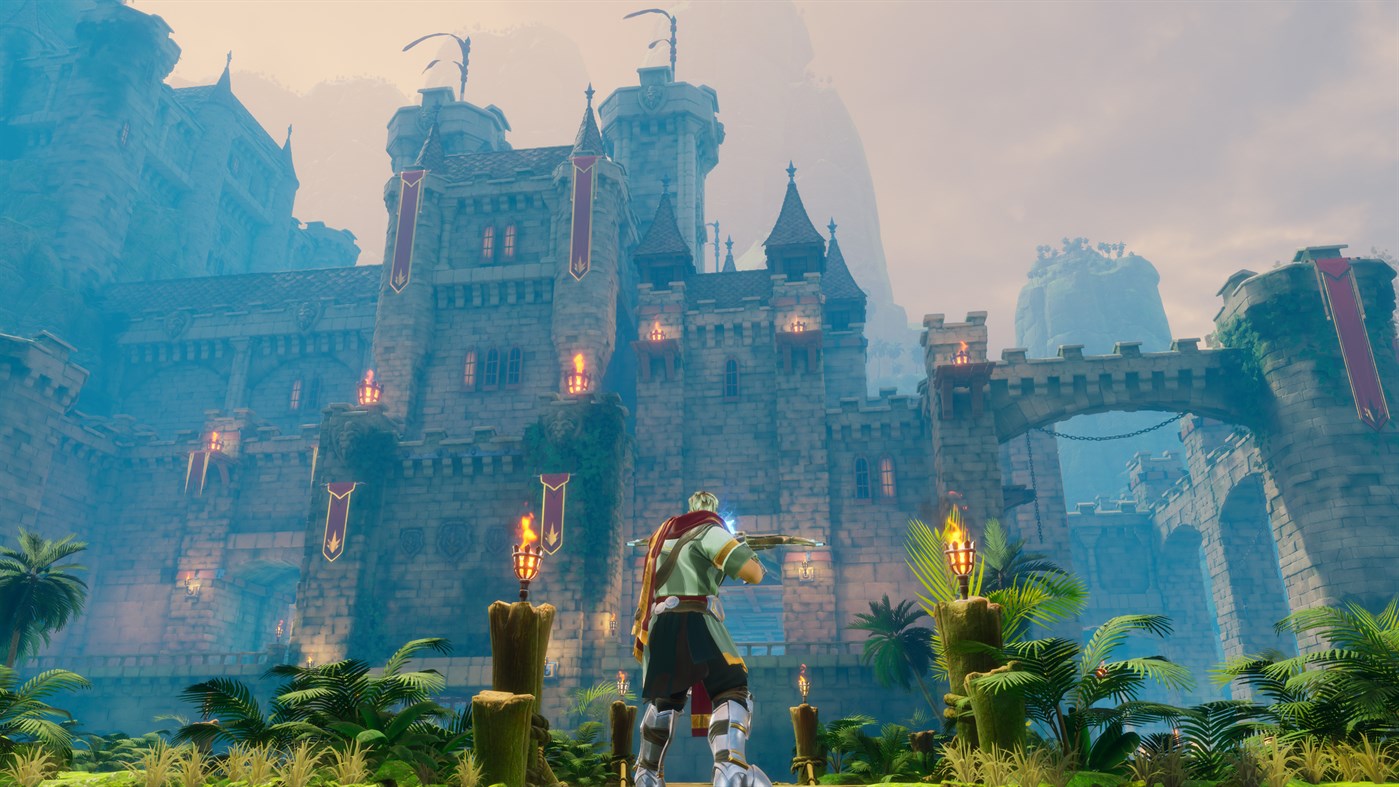 Luckily, between missions, you can upgrade traps (and weapons or items) using the skulls that you unlock for completing levels proficiently. You can also un-invest and reinvest your skulls, so if you’ve gone all in on a particular approach that isn’t working, you can just redo your trap upgrades and selection, then try again.

Whilst I talk here about trap selection and actually want to call out that changing and experimenting with traps is fun (which is why we play games), I did also find a slight flaw in the game as a result. I had the most success by simply having a very simple combination of fully upgraded primary weapon, basic floor spike trap, barrier, oil pit and wall spikes. With all these traps fully upgraded, because they are so cheap, you can get through pretty much the whole campaign. 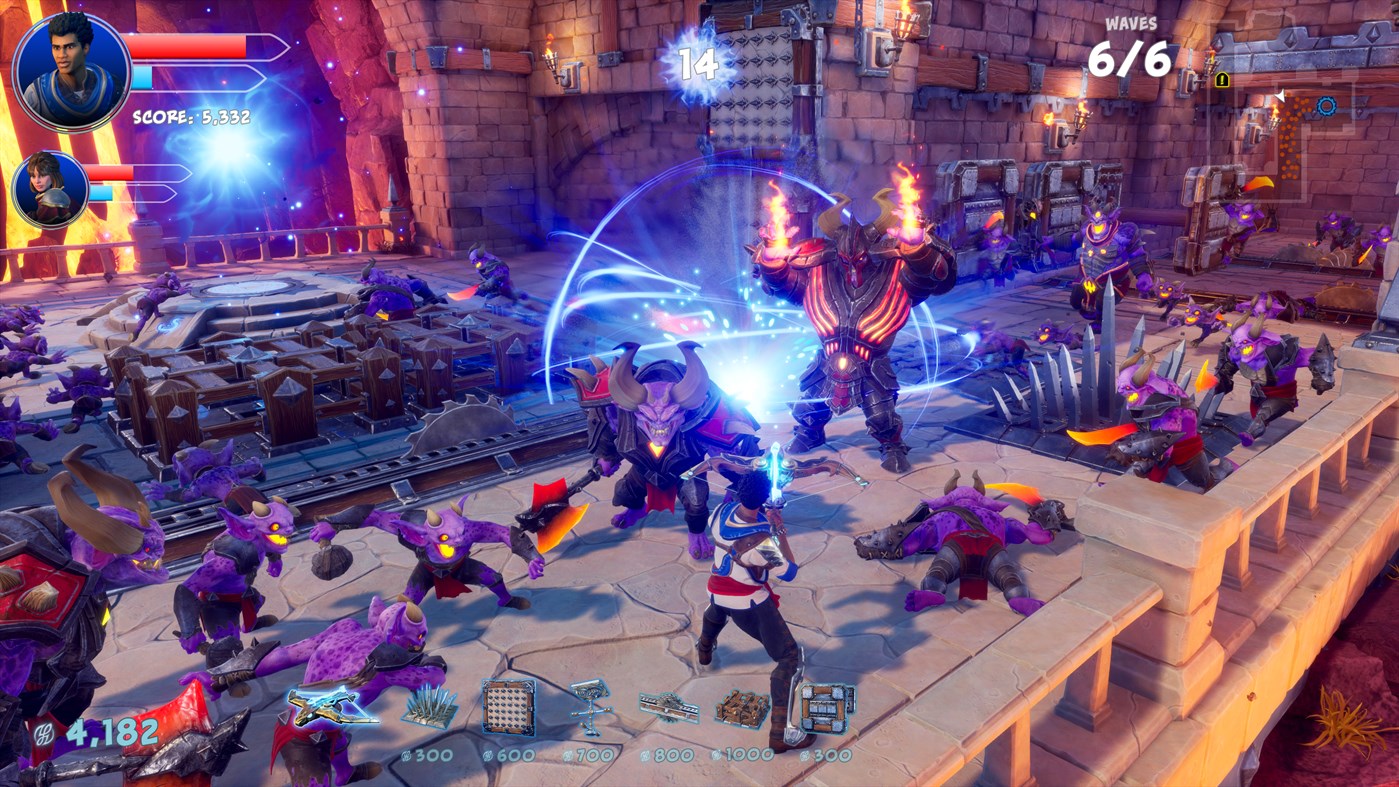 Despite this minor balancing issue, I found myself not only completing the main campaign and the secondary one, but also returning to them to try different characters and strategies. As a busy reviewer, I rarely find myself with the luxury of time to do that — and I was only doing so because I enjoyed Orcs Must Die 3 so much. This is a cracking game, at a solid price, that offers a lot of fun — and the fact it’s on console now makes it all the more accessible.

You can find Orcs Must Die 3 on Xbox, Playstation and PC.