Tormented Souls is the spiritual sequel that Resident Evil deserves

In the years since classic, fixed-camera survival horror games like Alone in the Dark and Resident Evil were popular, there have been many attempts to capture the same “essence” almost all of which have failed. Tormented Souls, however, makes a decent attempt — retaining the fixed camera, but allowing the player to choose between classic “tank” controls and modern three-dimensional movement. The result is compelling — and often terrifying.

Tormented Souls opens with an almost deliberately contrived excuse for our heroine — Caroline — putting herself in harm. As the result of a series of increasingly disturbing recurring dreams, Caroline is compelled to attend the Winterlake Asylum — a mansion turned private hospital for the mentally unstable. Obviously, things take a downward turn fairly quickly, and as Caroline wakes up naked and alone in a bloody bathtub, I couldn’t help but roll my eyes at both the unoriginal opening and the placement of a naked breast — just to make sure you know you’re about to have an adult experience. 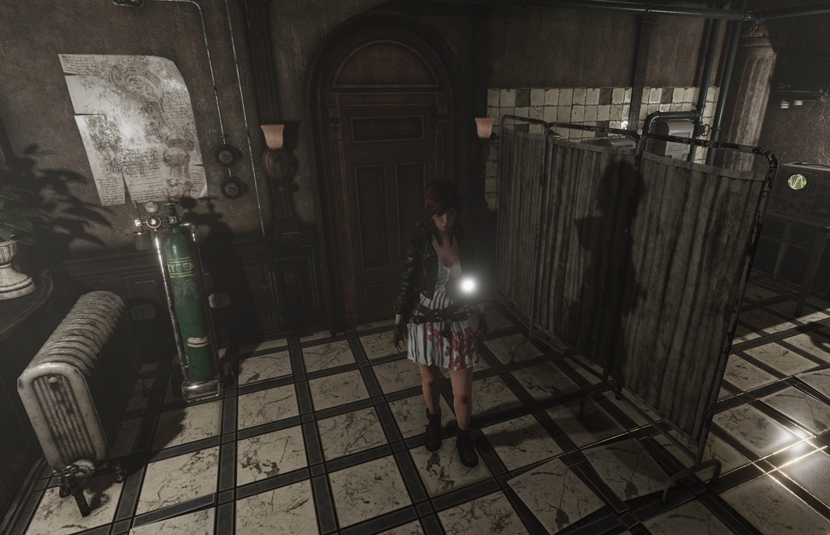 Despite what I would consider to be a by-the-numbers opening sequence, Tormented Souls fairly quickly began to impress me. Winterlake is a well-designed space, and the excellent use of cameras (both fixed and mobile) and lighting is fantastic. Brilliantly creepy incidental music raises the tension to another level, and as Caroline explores more of the mansion, so too do the sound effects that emanate from every dark corner.

Coming back to the level design here, one thing I really rate about Tormented Souls is how it uses a mixture of puzzles, traps and circular back-tracking to expand the space. Some puzzles are logical but you need to “find the pieces” to solve them, whilst others require either outright puzzle-solving, or perhaps more abstract logical deduction or examination of the world. One early example is when Caroline finds a lift which can only be directed from an upper floor, but she needs to hold it on a lower floor in order to re-access it after solving another puzzle. 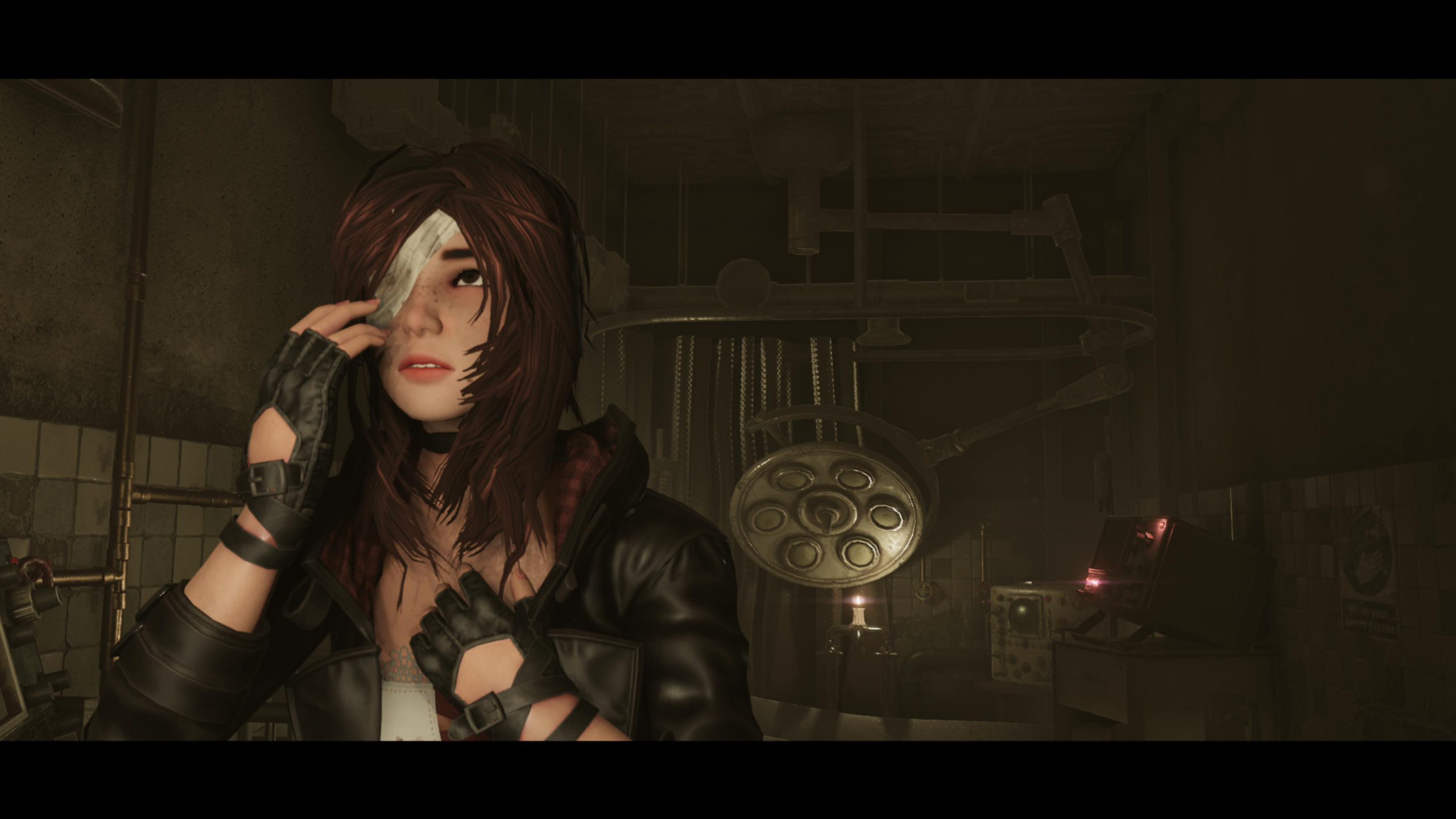 This stuff — in the main — is not rocket science, but given that health and ammo (particularly health) drops are infrequent, exploring has to be done conservatively. If the puzzles were any more complex, or if they were misjudged and therefore felt unfair (as in many other games of this style) I would have thought players might be left frustrated. As it happens, I often felt rewarded by my puzzle-solving in Tormented Souls and that’s always welcome.

One feature in Tormented Souls which might frustrate is taken more or less directly from Resident Evil. This relates to the way in which the game is saved — which is dependent upon collecting tapes for use at various recording machines. Much as in other games that use this system, the gaps between save points can vary a bit, and yet if you’re anything like me, you’ll end up with a fair excess of tapes and frequently be annoyed at dying before you get somewhere to use them. 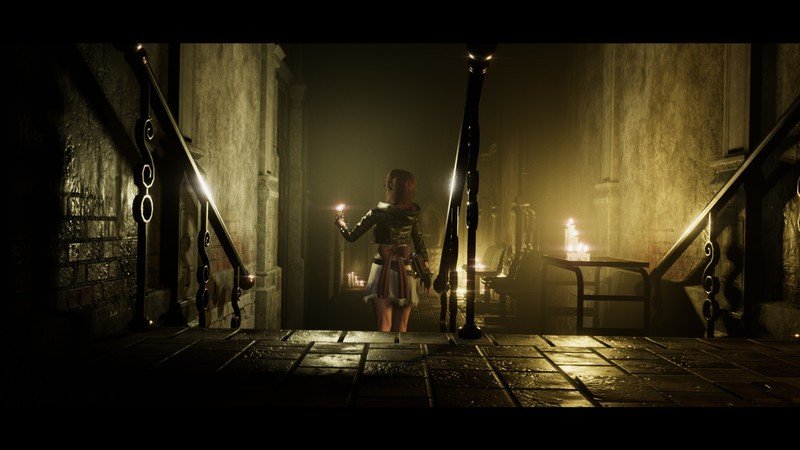 Of course, one of the most interesting things about any survival horror game is the question “what exactly is going to kill me?” The answer to that question in relation to Tormented Souls is a reasonably macabre one, since most enemies consist of inmates who almost always come with knives on their hands and either crawl, roll (in wheelchairs) or slide (on a contraption made of medical drip hangars). Some of these poor — tormented, even — souls are actually sewn onto walls. Combat is dangerous and brutal, with ammo reasonably frequent but weapons fairly weak.

There are probably fewer memorable fights in Tormented Souls than there are in some other games in this genre, particular in the Resident Evil series. However, what I did like was that each fight in its own right here feels dangerous, and when there are two or more enemies in the same environment, it is almost always necessary to think about the encounter and evade one enemy to tackle the other, or perhaps if there is no other choice, to use some of the rarer ammo in order to deal with enemies faster. 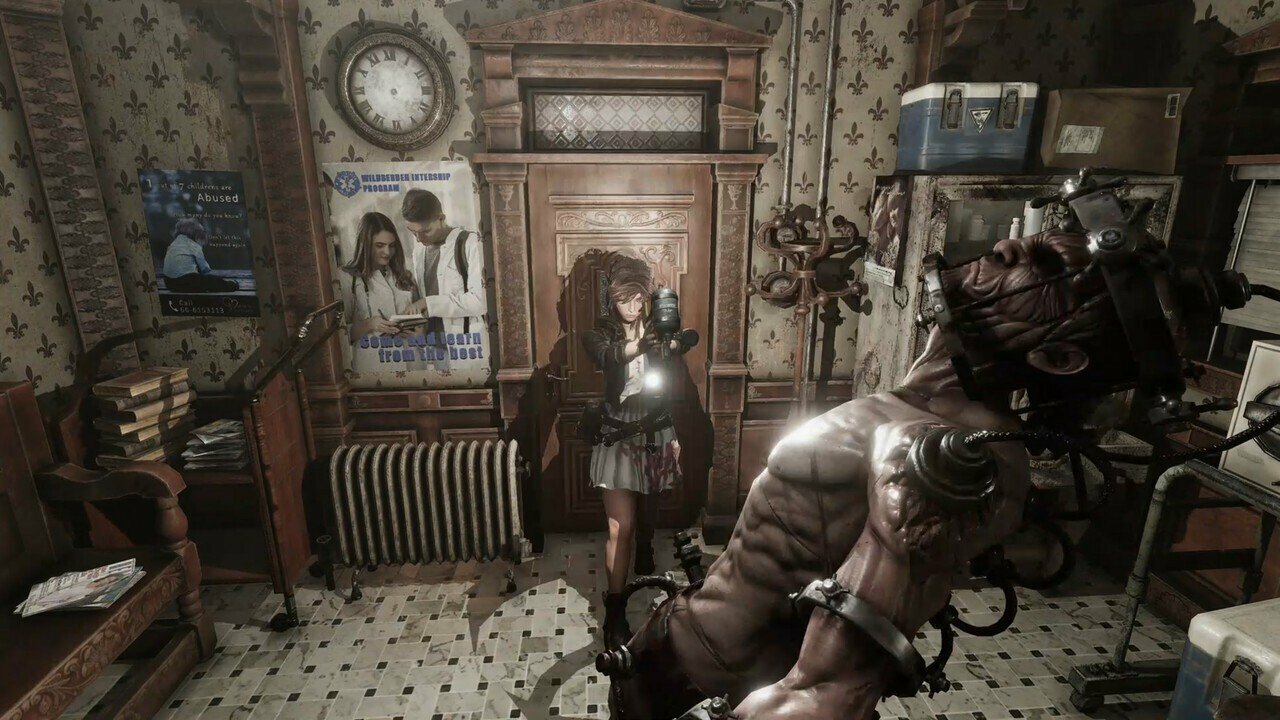 Underpinning all of the creepy exploration, visceral combat and the general sense of unease created by what is a well crafted game, Tormented Souls also features a fairly interesting story. Without spoiling anything, Tormented Souls explores such topics as the persecution of first people, the occult, dark experimentation and all manner of further nastiness. How this story is woven together via various diaries and ledgers is interesting, and the different perspectives from which the story is told make the tale even more interesting.

Overall, Tormented Souls is a very good attempt at recreating the high points of the genre that came before it. I would even go so far as to say that the music, voice acting and general action are actually considerably higher than early games in the Resident Evil series — and frankly almost anything could be better than Alone in the Dark. The only thing that Tormented Souls lacks is the nostalgia associated with the Resident Evil brand, but nonetheless, it remains a standout example of this style, and one which is well worth a look if you enjoy survival horror in this form.

Tormented Souls is available on Xbox, PlayStation 5 and Steam.