Transient — Neither Here Nor There

Transient is one of those games that, on paper, that I should love. It’s an old-style adventure game; along the lines of Myst. You explore, poke around areas, and solve puzzles. It’s a synthesis of Lovecraft and Cyberpunk, both narratively and aesthetically. It’s short – it says it’s piece and gets out. It’s hard to place precisely where I feel the game falls short across it’s two hour run time, because well… there’s a lot.

Starting with the good stuff – for a small team, it’s a hell of a feat. The game is visually good, with excellent use of lighting and atmospheric detailing. I didn’t encounter any bugs, and the frame rate was solid. So, yeah. On the technical side, it’s a well made game. The issue I have, personally, as a gigantic fan of all things Lovecraft, lies within the narrative. I will say, the dedication to the mythos is very clear, and it is very loving – references are firmly present and I did smile from time to time. It’s always good to see an Old One, who isn’t Cthulhu, anchor a Lovecraftian narrative, and the way in which it is mixed with a cyberpunk techno thriller is very nifty. It is, fundamentally, a very good idea.

Ideas only get you so far in writing; the average person has millions upon millions, some even fantastic ones. It’s the execution that counts, and this is the primary way Transient falls short. The narrative is… confusing. Not in that delightful “I am in a fog of mystery” way. It’s just obfuscation for obfuscation’s sake. The mystery of Transient is never explained, and that’s completely fine. However, it never establishes itself as something to remotely care about. None of these characters, the setting, any of it has a rhyme or reason. There’s just very little effort made to get the player to care about any of what happens, so when the twists occur they wash over you. It goes in one ear and out the other. Personally speaking, my favourite pieces of Lovecraftian fiction are the ones that engage with Lovecraft as a man; his hideous views on race, and tackle those directly. Transient doesn’t do that – and while it isn’t the intention of the narrative, a little bit of subtext would have been wonderful. 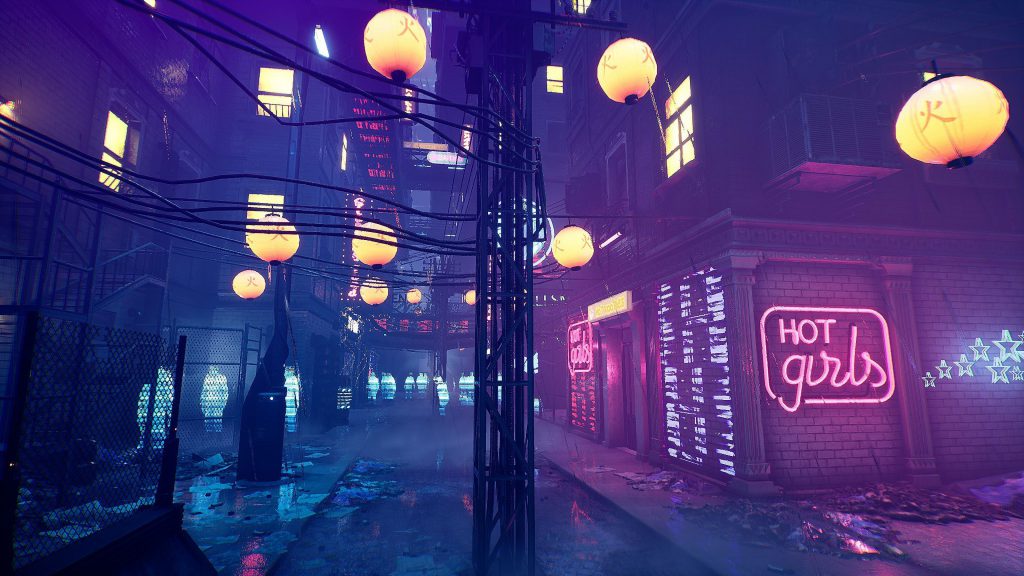 The power in Lovecraftian fiction comes from exploring the space before the curtain is pulled back from the world, and how the unknowable gently seeps through the cracks and colours the world around us. It isn’t in proper nouns and tentacles, and Transient comes so very close to this. It just seems to shy away at every turn, throwing very archaic language at you, before switching back to a toothless futurism. There’s nothing here beyond the weird, and when the weird is all you get, well… It stops being weird, and starts being boring. There just isn’t anything to chew on in Transient. It doesn’t linger in the mind, or pose questions outside of “what happens next in the game?”. There are wider things at play but the game seems fundamentally uninterested in giving them space to breathe, or be interesting. A late game twist reveals so much information about the setting, and then it’s over ten minutes later. 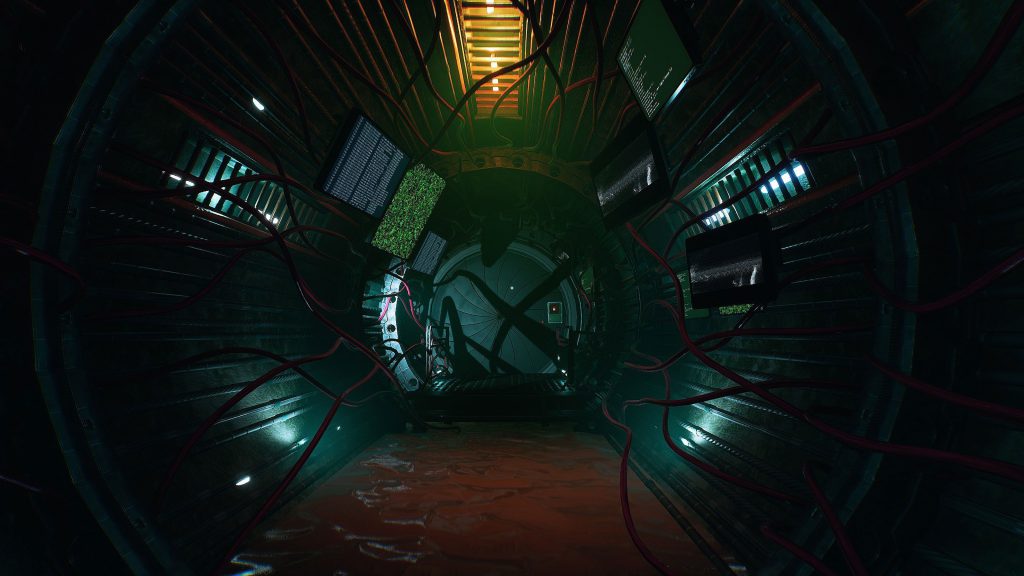 The other sticking point to me are the puzzles present in the game. A couple are cool; an Alone in The Dark style minigame followed by a System Shock inspired one. Those break up the gameplay in a novel way. The rest? Again, following the established pattern of weird for the sake of weird. In Myst, the puzzles make sense within the landscape, and are very naturalistically derived – and ultimately, are very fun to solve. Here, I’m still not sure why anyone would have an ouroboros as a door lock, unless they were very concerned about safety. 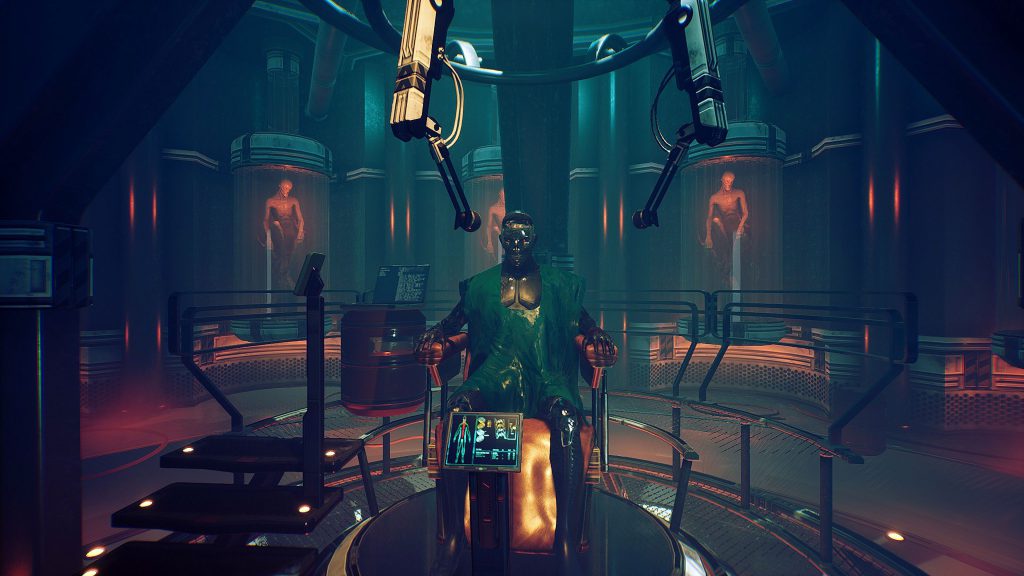 To me, the greatest crime a piece of fiction can commit is to be boring. Transient was a very boring experience, and that’s pretty much all I have left to say about it.

Transient is available on PC, Xbox, Playstation and Nintendo Switch.