The Hatching Hands On — Star in Your Own Monster Movie

Terrorise The Swamp as a Movie Monster!

When you wander around events such as EGX Rezzed, within the waves of bodies, the ocean of gaming advertisement can be sensually overwhelming. However, some games — just from a quick glance — can visually pull you, begging you to look closer. The Hatching was such a game, with a poster of a very large crocodile and a screaming person with the immortal words… ‘Kill. Eat. Repeat’.

It reminded me of a cheesy 90s film and I’m glad I had a chance to get some playtime with it.

My initial impression of this being from a film was actually correct, as revealed by this statement from the game’s website: ‘The Hatching classifies itself as a top-down action game where you play as a monster from a monster movie… a giant crocodile.’

During a chat with one of the game’s developers, I was surprised to learn that the director of the film The Hatching actually sought out Sabre Games with only two restrictions on a film related game:

Everything else was solely Sabre Games’ choice.

Similar to the film, a giant crocodile has been accidently set loose in the English countryside and carnage and mass murder is the play of the day. Unlike most games, though — where you would be tasked with evading it, or catching it — you play as the giant crocodile itself, having to survive in this harsh new environment where everything is out to kill you. How, you may ask? By killing them first, of course!

The controls are simple and easy to use, feeling well suited to the game’s top-down design. Movement is controlled using the analogue sticks, while the buttons are used for sneak attacks, with the controller’s triggers serving as the monster’s general attacks.

If you are thinking this is a standard hack-and-slash game, though, then you are mistaken. From the start it becomes apparent that you are not an overpowered character, and if you go in ‘guns blazing’ you will soon perish. Enemies are easy to kill but only when solo, as groups can easily take you down within a matter of a few strikes.

The game has combined the hack-and-slash visual style with a simple stealth mechanic which will need to be utilized to ensure your attacks have maximum effect against your targets. Doing so will allow you to keep the majority of the humans unaware as you pick them off one by one. Think of this as a simplified version of Metal Gear Solid, with you playing as the true snake-eater. 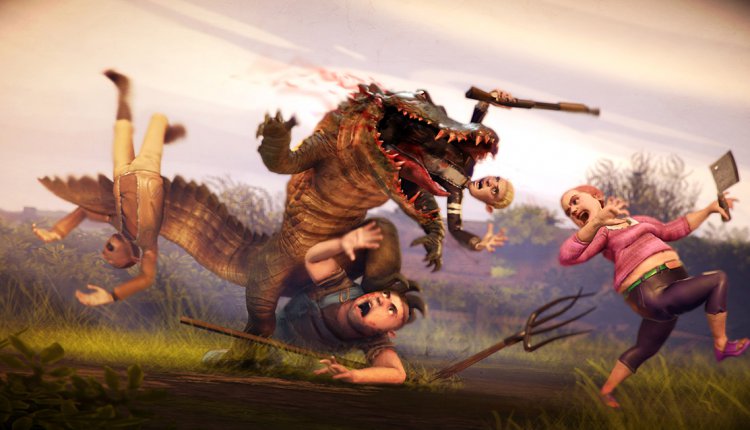 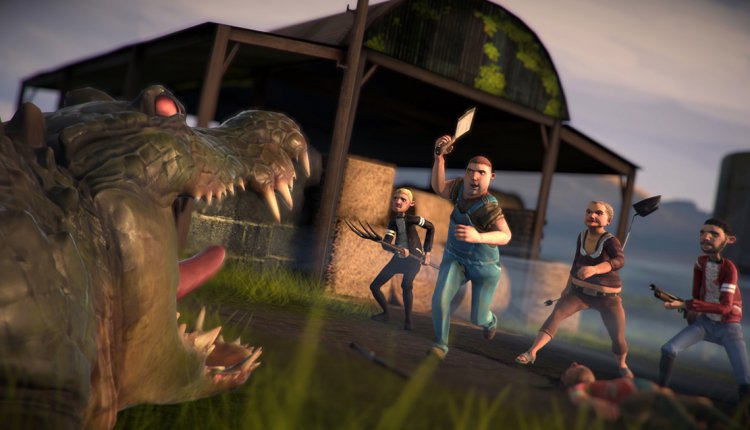 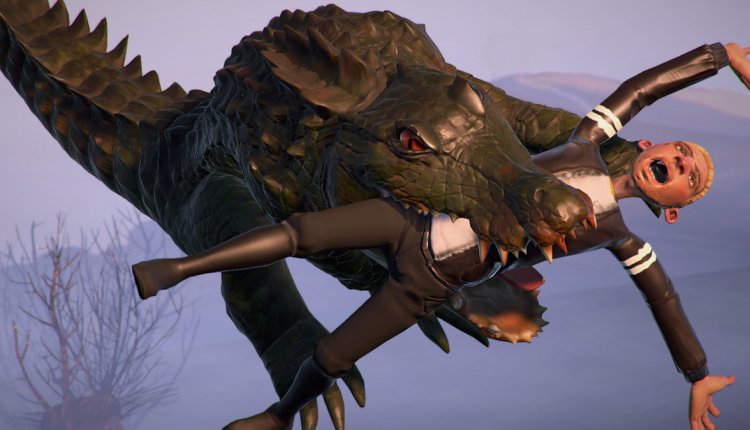 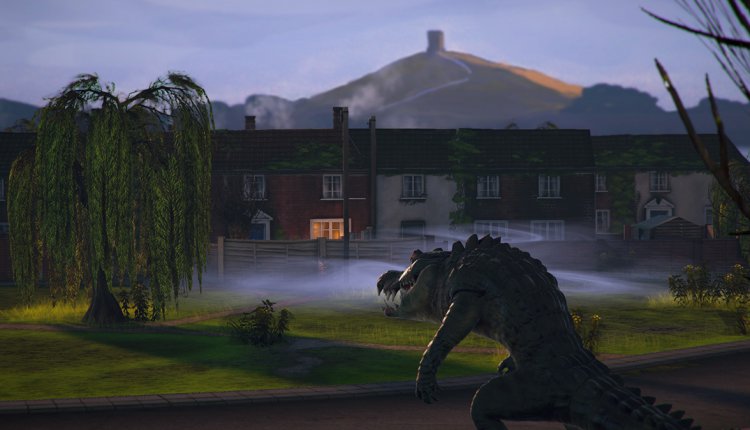 Attacks are simple but effective and can be combined to ensure devastating damage. There is a general attack, a grab and throw and a stealth attack. Once you have hurt your chosen victim sufficiently, you can do one of the game’s very visual death kills, which in turn allows you to regain health.

This blend of stealth and hack-and-slash works well — even with the limited time I played, I came away wanting more.

We only managed to play the demo level, but you can tell it has been well thought out and carefully made to ensure the stealth element of the game has been catered for. Buildings and vehicles litter the stage, letting you hide from enemies when required whilst still maintaining an open-world feel. Rivers and the like break the level up and also allow you to spend some time as The Hatching swimming, opening up potential riverside attacks.

Generally, the game’s sound and music from the area we played was minimalist and sparse. Whether this will change on final release we cannot say. 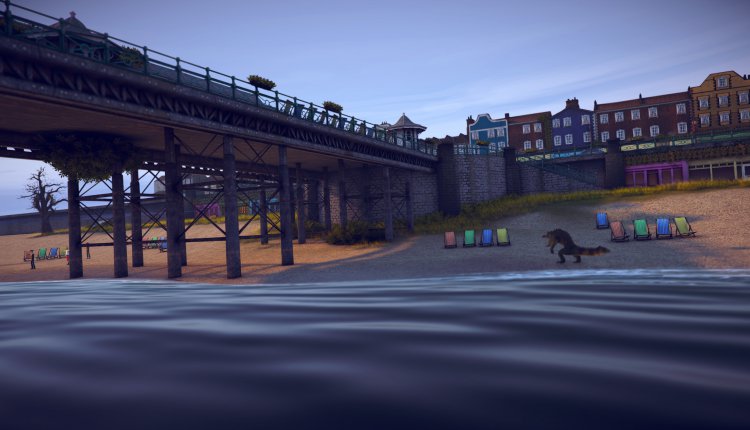 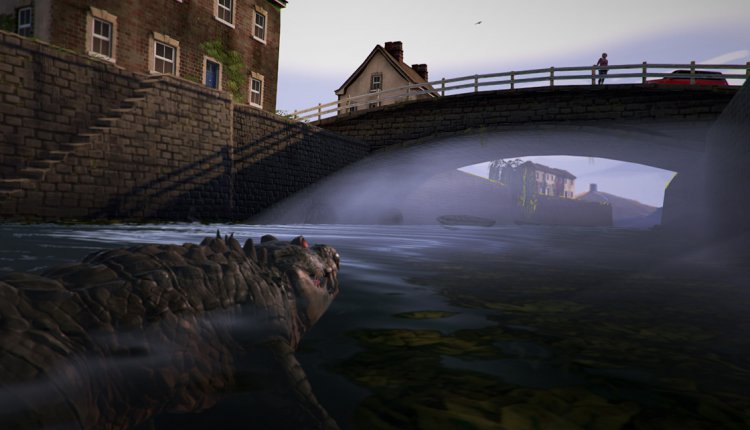 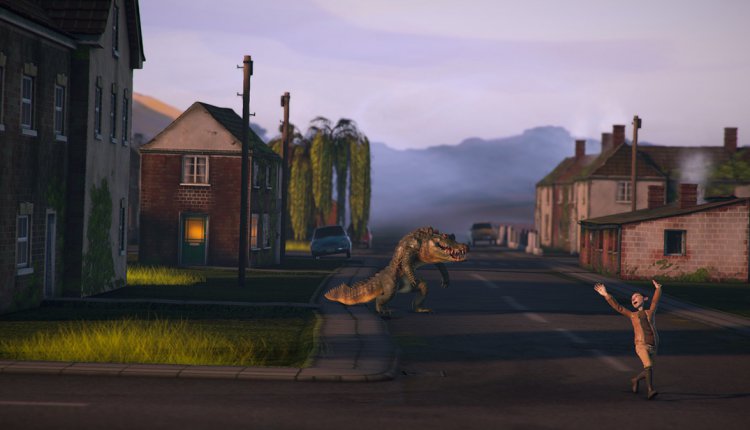 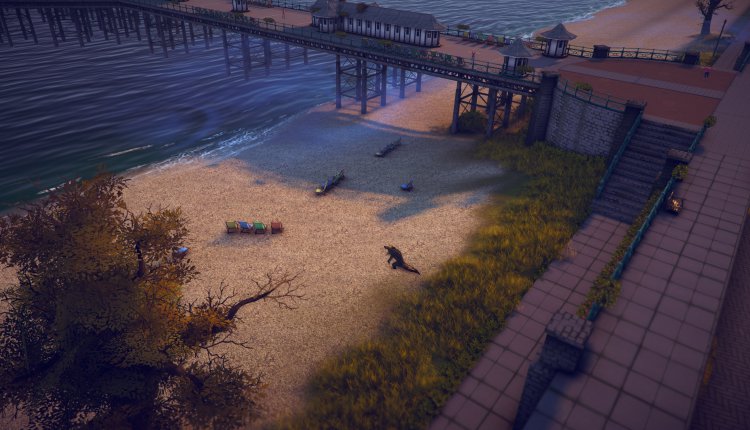 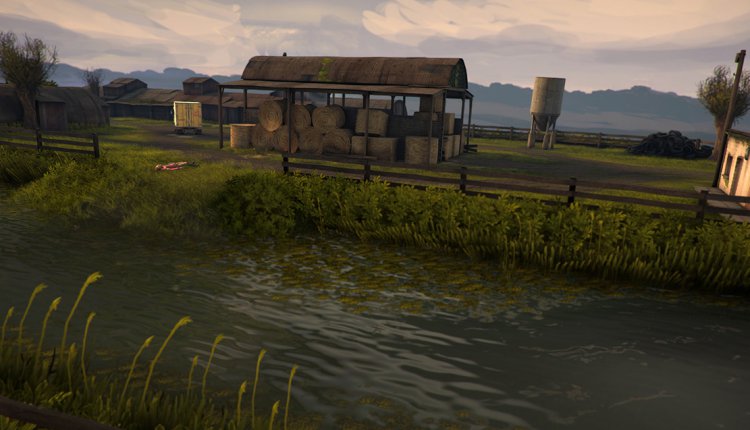 The graphics are very stylized and have an almost Pixar studio feel about them. It is a style which I personally find endearing and visually attractive. The color palette was bright and stimulating, however we cannot say more on the game’s pixel count. We assume it was running at 1080p, but will update this when we get more information.

For me, this was a surprise hit. It was quick, addictive fun, and simple to play. All of this while giving you enough tactical breadth to make you think, but not enough to make you sweat. The premise of taking the narrative from the film, retaining the ethos, but making it into its own unique game is clever, and I commend Sabre Games taking this into a fresh direction. Keep an eye out for this game, as it has Bite!